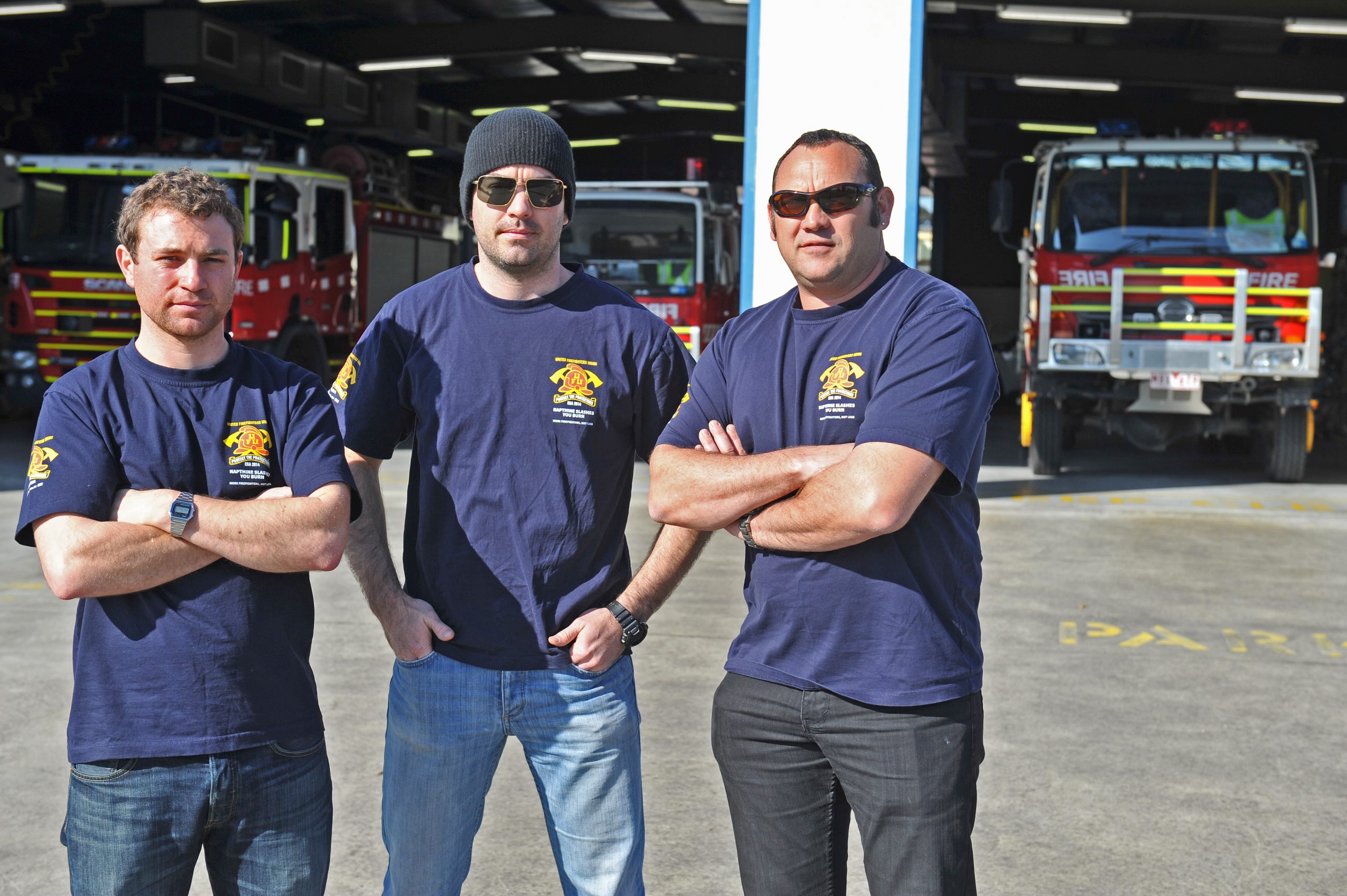 Latrobe Valley firefighters have gone public with their frustrations over frontline radio blackspots, despite a recent $66 million digital network upgrade across Victoria.

Traralgon CFA leading firefighter and United Firefighters Union representative Justin Elliott said first response appliances were being forced to pull a firefighter off the ground and improvise during “crucial” first-contact moments to bypass the communication shortfall.

Despite being equipped with portable digital radios in the upgrade – which utilises the Telstra digital network – Mr Elliott said the personnel radios failed to maintain a clear connection with ‘Vic Fire’ – the CFA’s operational command headquarters in Ballarat.

“Everything in the new radio upgrade works fine, it’s an absolute crystal clear connection with Ballarat, but that’s until you are actually on the fire ground – when you are out of the truck you cannot talk back to the control centre or hear that critical safety or update information they put out,” Mr Elliott said. He said incident controllers were being forced to communicate with team members on the ground via the former analogue radio system, before manually re-communicating the message through the digital network to central command from inside the truck.

“We are literally having to pull someone from the firefight and man two radios if we need to do something like request extra resources, conversely we have to be in the truck to hear any updates from (Vic Fire),” he said.

“But when you only have three firefighters on a truck, those first response moments are a critical stage of the incident, when we quickly assess a strategy and the resources required.

“The incident controller needs to be able to stand on the actual fire ground and get those important details back to everyone, and not use ‘Chinese whispers’ through someone in the truck.”

“When I walk into a building and to go to the alarm panel, I simply can’t hear Vic Fire on our main channel, it’s like walking through a door and being completely closed off to any communication,” Mr Muscatt said.

“If we were to get called into a power station this would be a really big issue for us to have to leave someone in the truck.”

The firefighters have called for the installation of radio signal ‘repeaters’ in trucks to boost the signal out to portable radios on the ground.

“Getting a repeater on the appliance would enable me to communicate with Vic Fire much more clearly, and keep all our men on the ground where they should be,” Mr Muscatt said.

In response to the firefighters concerns, a CFA spokesperson said the authority was disappointed a firefighter has chosen to report it to the media rather than reporting to the CFA Communications Operations Group for investigation.

“CFA is working closely with Telstra to find a solution to the digital reception issues inside the Morwell Mid Valley Shopping Centre to maintain the outstanding service our members provide to the community,” the spokesperson said.

However the spokesperson said the CFA had not been made aware of digital reception issues in the Hazelwood mine and the dairy processing facility.

“As with any new technology there are challenges which CFA is addressing as a matter of priority to ensure the ongoing safety of firefighters and the public,” the spokesperson said.

“In the interest of safety, CFA reminds our members to report any digital reception issues via the processes already in place so they can be investigated and resolved.”