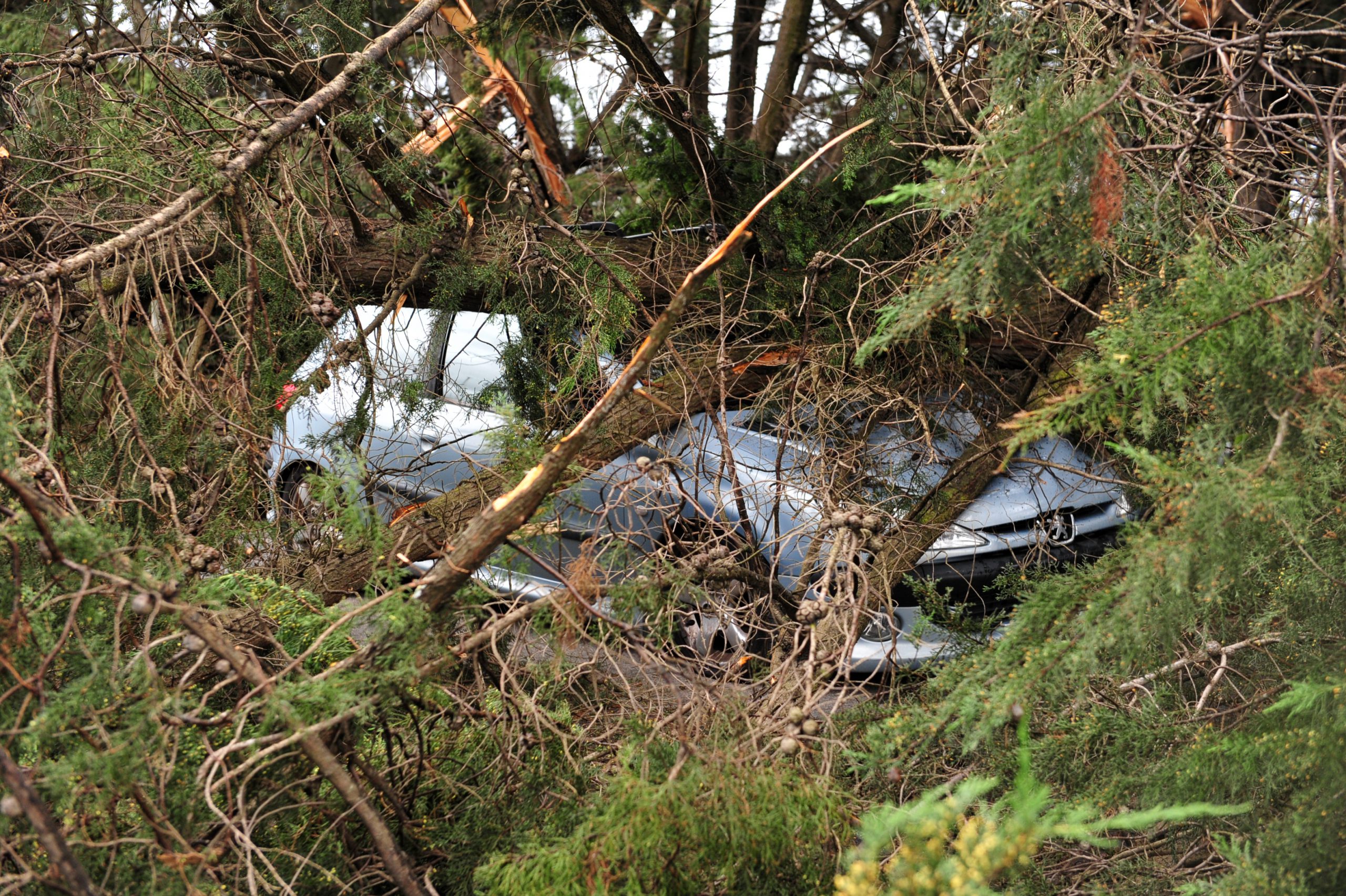 TREES were dropping like dominoes across the region on Tuesday when a storm which rocked the state swept through the Latrobe Valley.

Wind gusts of up to 87 kilometres per hour were registered at Latrobe Regional Airport about 4pm, three kph shy of the Bureau of Meteorology’s threshold for damaging wind warnings, while Sale and Bairnsdale reached peaks of 89kph and 94kph respectively.

However, a BOM spokesperson said gusts may have been stronger still in pockets of the Valley, such as Morwell where significant wind damage was observed.

“These winds may not have captured localised effects, particularly localised funnelling effects, so if you have a location in a valley, they may have observed stronger winds than one of the observation sites,” the spokesperson said.

State Emergency Service was called out to 39 requests in Morwell, seven in Traralgon and three in Moe, primarily for fallen trees and minor building damage.

Commercial Road Primary School had numerous trees down along the Elgin Street boundary, Morwell Recreation Reserve had several fall surrounding the Gippsland Power Centre of Excellence, while the AFL Gippsland sign came clean off the roof of its office building.

Power outages were experienced across the region, with major outages in Traralgon, Sale, Moe South, Yinnar and Boolarra.

“AusNet Services’ crews worked late into the night in trying conditions to repair the damage and reconnect our customers’ electricity supply.

AusNet Services advised power had been restored to all affected customers.

Rainfall averaged between 10 and 20 millimetres in the local area.

The hardest hit area in Victoria was south eastern metropolitan, with 100 SES call outs in Frankston.

Three SES callouts were being responded to yesterday morning in Morwell.