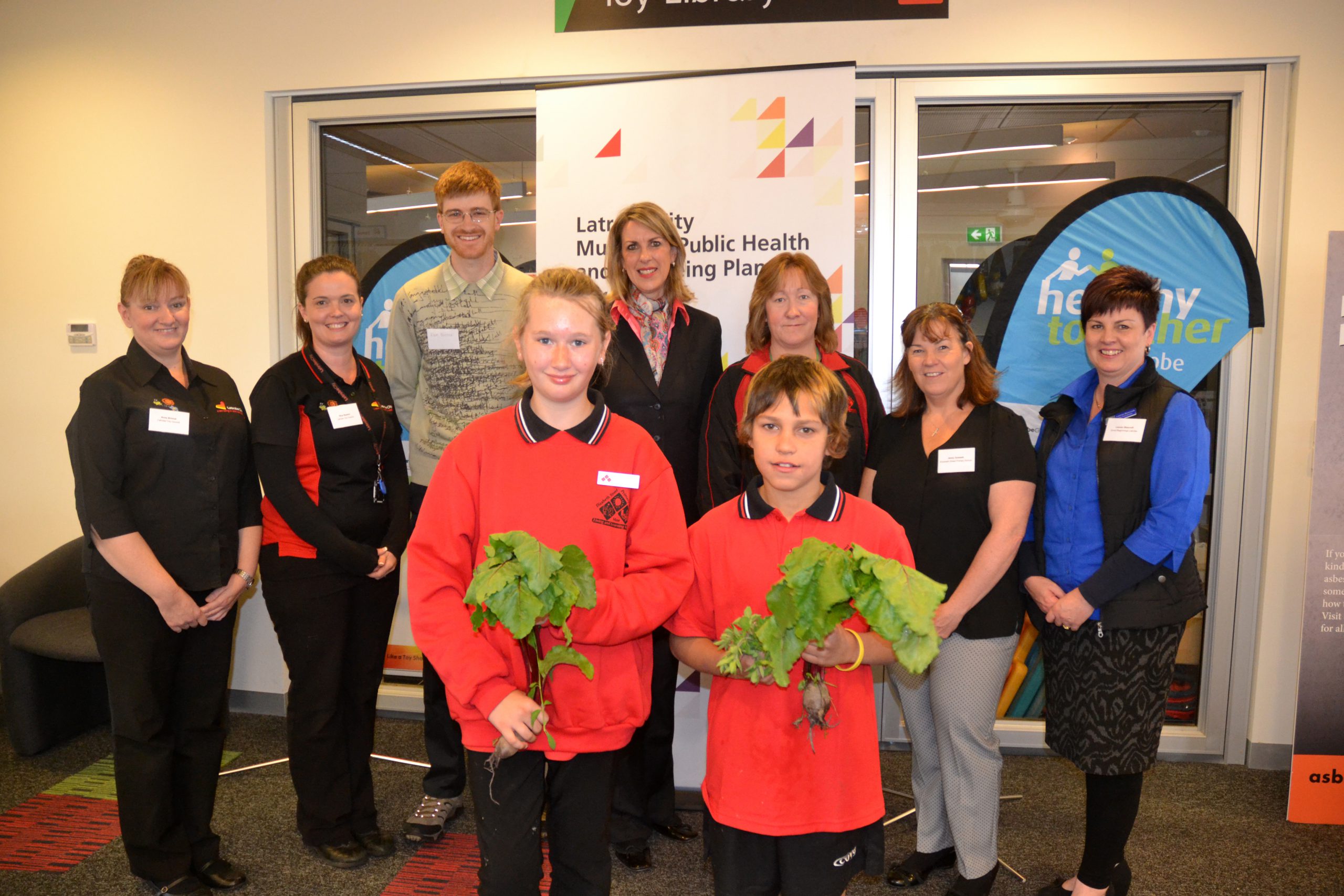 FOSTERING the next generation of healthy and active children is the goal of a recently formed community partnership, which celebrated the beginnings of its first project at Moe PLACE on Thursday.

“We realised our community does lack promotion of healthy eating, so we got together and thought about how to change that,” Good Beginnings site manager Lauren Beecroft said.

“About three or four months ago we had our first meeting and we established our community garden on 30 September.”

Ms Beecroft said about 33 people helped establish the garden at Good Beginnings centre last month, but the Dads Playgroup, and later the primary school and preschool students, would plant the vegetables and fruits.

She said from then, all groups, including families who used Good Beginnings services, would play a hand in maintaining the garden.

“It just shows how the community can come together,” Ms Beecroft said.

In addition to this, the Elizabeth Street PS welfare officer Carol O’Reilly said the school provided fresh fruit to each classroom and was using the herbs and vegetables from its own established garden.

“We’re going to have a week for healthy eating, so if the kids eat healthily for a week we will celebrate by providing food for them to make their own sandwiches on Friday,” Ms O’Reilly said.

Healthy Moe Heights is associated with Healthy Together Latrobe – a two year-old partnership between Latrobe City Council and Latrobe Community Health Service, funded by the state and federal governments.

Mr Haining said helping this generation was a great way to overcome the health challenges the Latrobe Valley faced.

State Parliamentary Secretary for Health Georgie Crozier, who has been visiting the Healthy Together teams across the state, came to the celebration to learn more about the Moe project.

Ms Crozier said she was impressed to see relationships evolving and gaining momentum from the Healthy Together initiative.