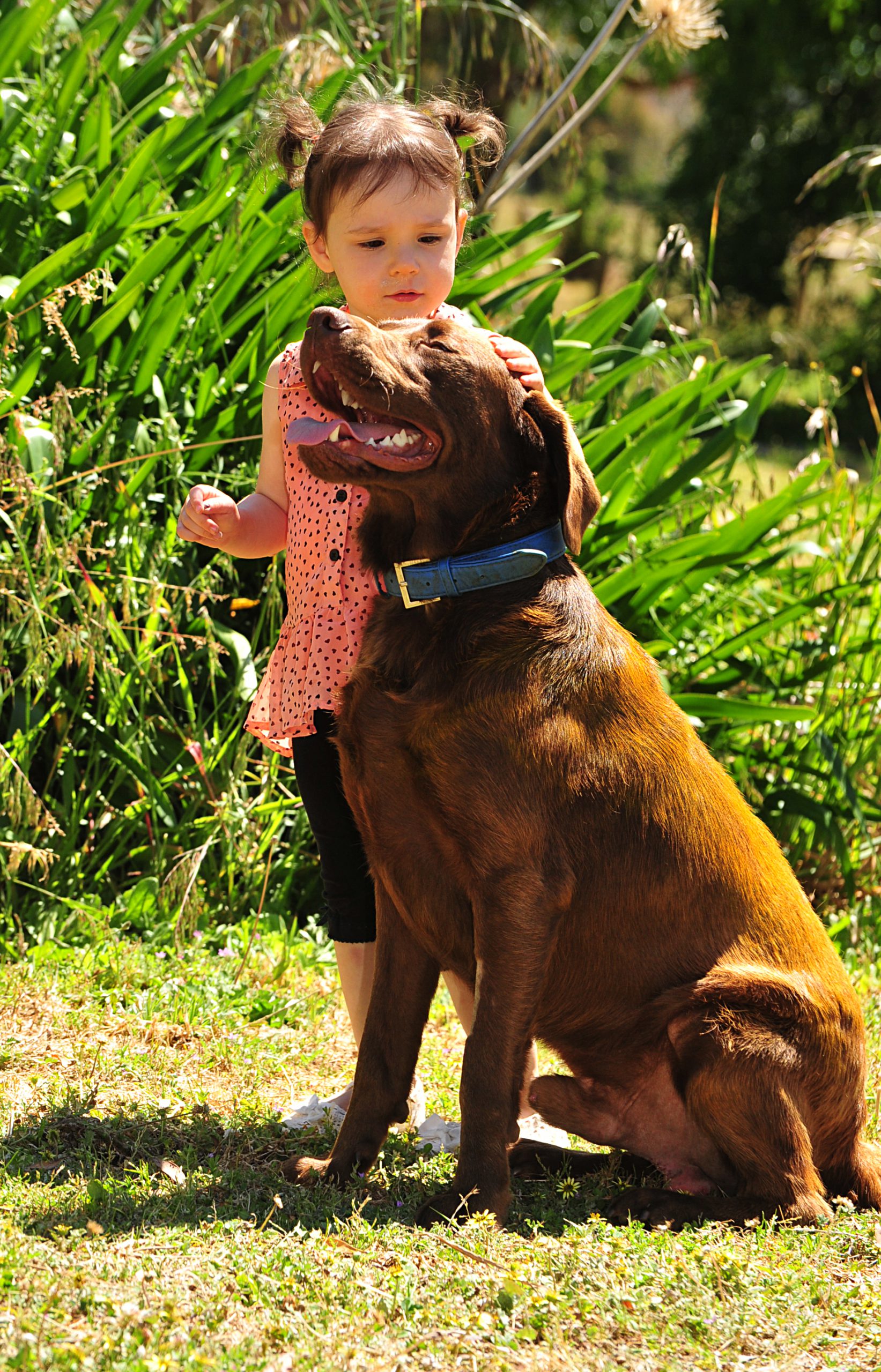 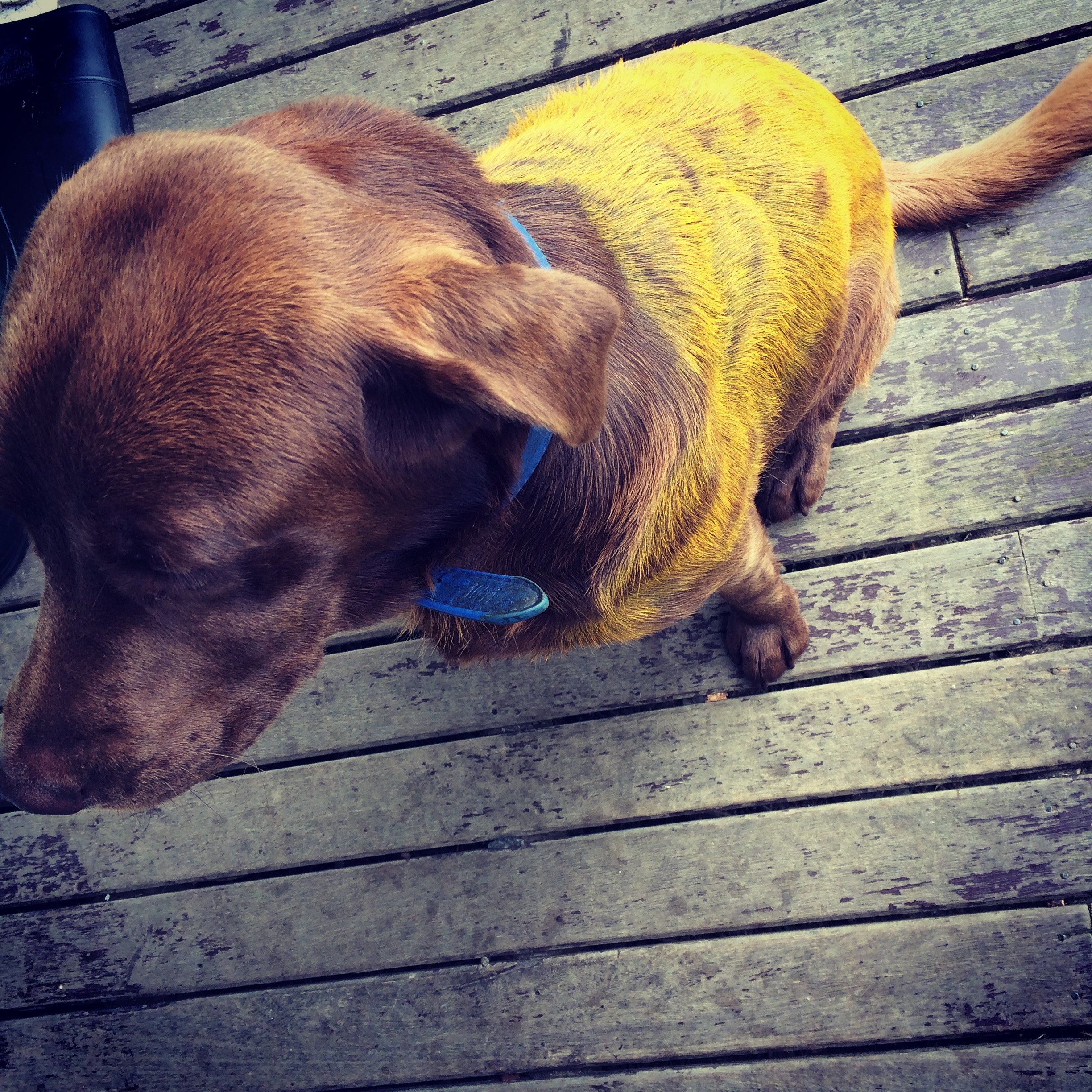 Waldo, who was locked in owner Tiffany Rainbow’s backyard was sprayed across his back with what she believes to be paint usually used to mark trees or road surfaces.

At first, Ms Rainbow thought it may have been a prank or a warning from someone in the area who was annoyed by Waldo.

“I spoke to everyone of my neighbours and they said no, he’s a good dog, he doesn’t bother anyone at all,” Ms Rainbow said.

“He’s a good little dog, he’s friendly, he doesn’t have a nasty bone in his body.”

While she hopes it was children being silly, Ms Rainbow said she was surprised this happened out of town.

“We live out here for the peace and quiet, we don’t want the trouble,” Ms Rainbow said.

“To have this happen and for someone to come on our property and do this is worrying.

“He wasn’t right out the front of our property, they had to walk right through our property.”

Ms Rainbow told The Express she heard Waldo bark on Sunday night, but thought nothing of it.

“If he sees an animal he barks, so we’re not really concerned normally, but this time he’s barked for a reason,” she said.

Ms Rainbow said she had heard of stories across social media of fences and gates being marked to indicate dogs suitable for fighting or bait lived at properties.

Traralgon police were notified of the incident.

If you have any information in relation to this matter, phone Traralgon Police Station on 5172 2700.