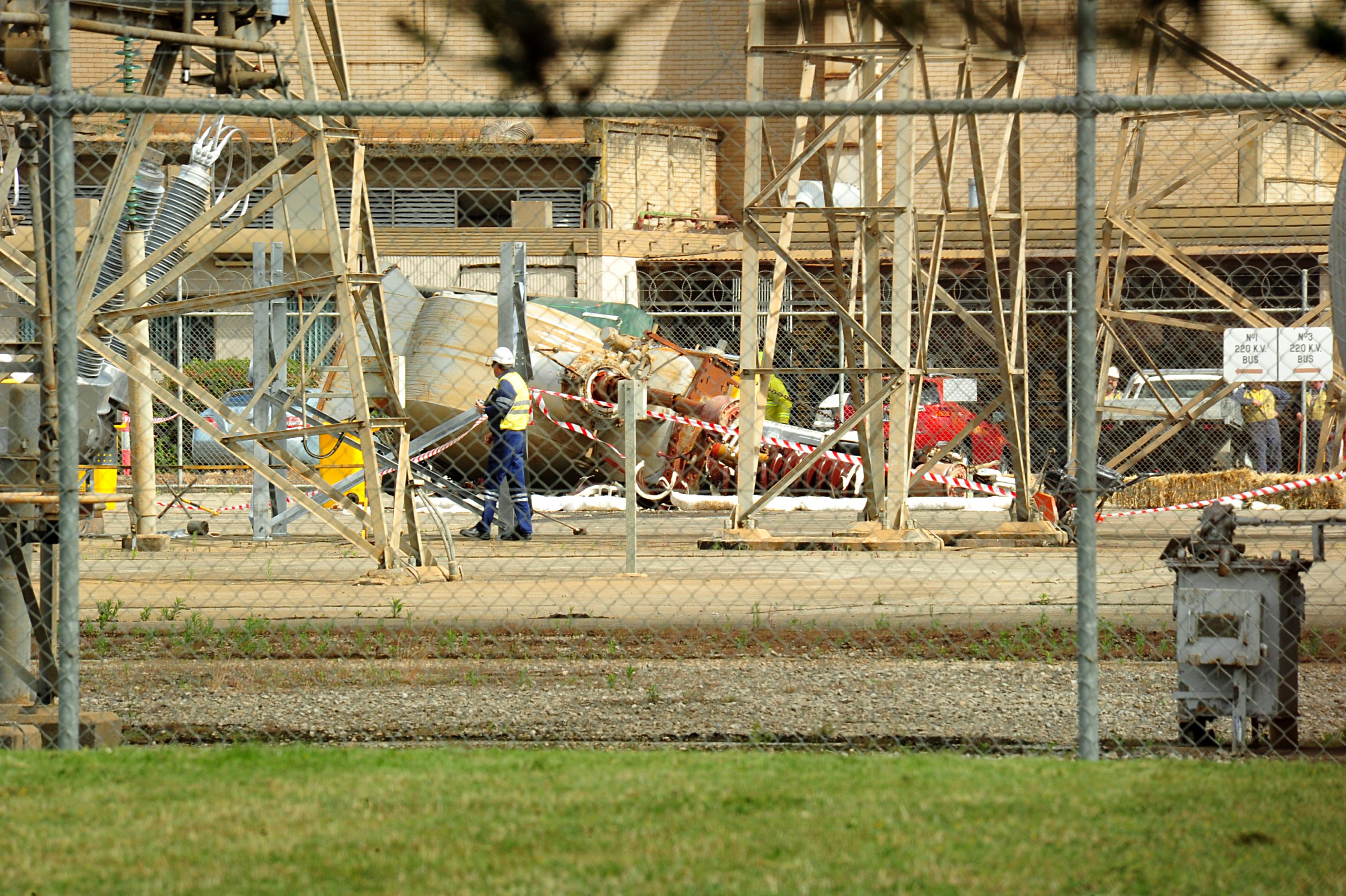 UPDATE: A 58 year-old man was taken to Latrobe Regional Hospital in a stable condition with injuries to his head, ribs and hand after a crane fell at the Hazelwood Power Station switchyard this morning.

According to Latrobe Regional Hospital, the man sustained soft tissue injury and has been discharged.

Ambulance Victoria this afternoon confirmed the man had been injured.

AusNet Services Jonathon Geddes said there was no damage to essential infrastructure.

“The site has been secured and we’re working with the appropriate authorities on the incident involving the local crane hire company,” Mr Geddes said this morning.