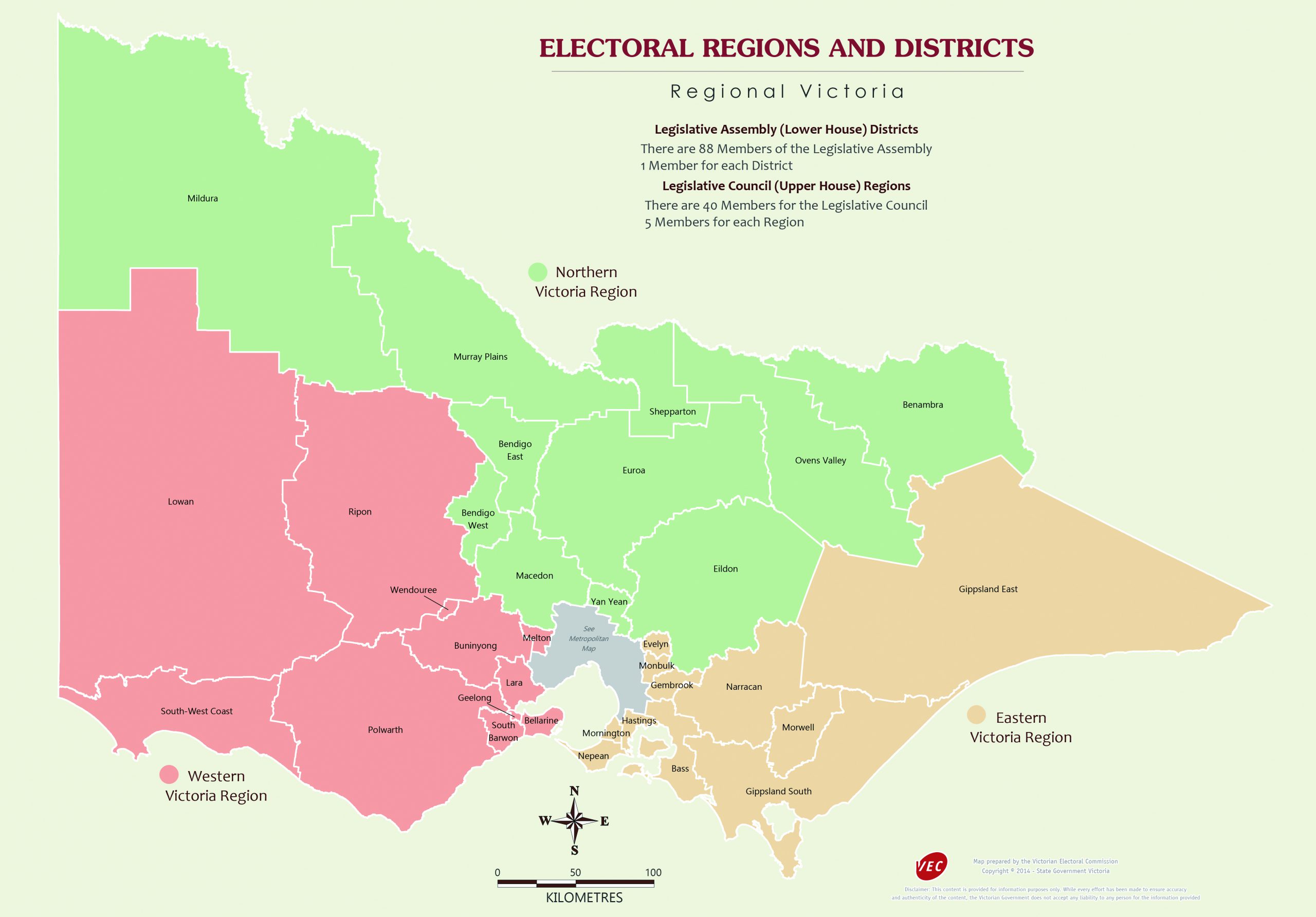 With a record 46 candidates vying for one of five coveted upper house seats at Saturday’s state election, Gippsland voters have never had so much democracy at their disposal.

However for a significant portion of the voting demographic, the role of the ‘upper house’ – performed on behalf of Gippsland by candidates in the Eastern Victoria Region – is largely unclear.

With lower house candidates Russell Northe (Nationals), Jadon Mintern (Labor) and Tracie Lund (Latrobe Valley 1st) stealing much of the limelight on the election campaign trail, only the most proactive voters are aware of their nominated upper house candidates, which have largely remained behind the scenes.

‘Why are there so many candidates?’, ‘What do they actually do?’ and ‘Why should I care?’ are all common upper house questions posed by the average punter every time state and federal elections are held.

Stretching from the outer eastern suburbs to Mallacoota and beyond, the Eastern Victorian Region hosts five upper house seats (unlike the lower house Morwell and Narracan electorates, which host only one seat each). Generally speaking, the most political noise is traditionally made by the lower house candidates – they create the key pieces of health and education policy and legislation which affect our everyday lives.

The upper house, known traditionally as the ‘house of review’, reviews each piece of legislation before it is enshrined in law, where it can vote up or stop the proposed changes in their tracks.

While an election is fought and won in the lower house, the make up of the upper house can be just as integral: if the upper house is held by the opposing party, or through a power sharing arrangement known as the ‘balance of power’, there is less chance of controversial legislation being steam rolled through parliament without undergoing proper scrutiny.

In this light, it is in the interests of democracy that an upper house maintains a diverse selection of members; the current roll of Eastern Victoria members consist of two Nationals, two Labor and one Liberal candidate.

However it is the selection of upper house members which can make things a bit tricky come election time, when voters are handed a long ballot paper hosting more players than a football team.

Here there are two options: above the line, and below the line voting.

The ‘easy’ option is to place a ‘1’ in an ‘above the line’ box for the party which you wish to exercise powers of legislative oversight.

However when you vote ‘above the line’, be very wary of any ‘preference deals’ which come into play when your chosen party does not attract enough of the primary vote, and transfers your vote to another party of their choosing.

Many unaware voters learnt this the hard way at the 2013 Federal Election, also swamped by an unprecedented number of upper house candidates.

Through a raft of curious behind-closed-doors preference, long-shot candidates were elected into the senate of Federal Parliament, despite only receiving a minor fraction of the public’s first preference vote.

Our own Victorian Senator Ricky Muir, from the Motoring Enthusiasts Party, was parachuted from a life of temporary unemployment into a balance of power voting block courtesy of such a deal, despite receiving less than one per cent of the primary vote.

The ABC’s preeminent election analyst Antony Green has predicted eight minor party candidates will be unexpectedly brought to power in the upper house this weekend, courtesy of secret preference deals between parties.

So if you want your upper house vote to go exactly where you intend, take the time to learn what preferences deals your selected candidate has made, or make your own preference deal, and fill out your first five choices below the line.