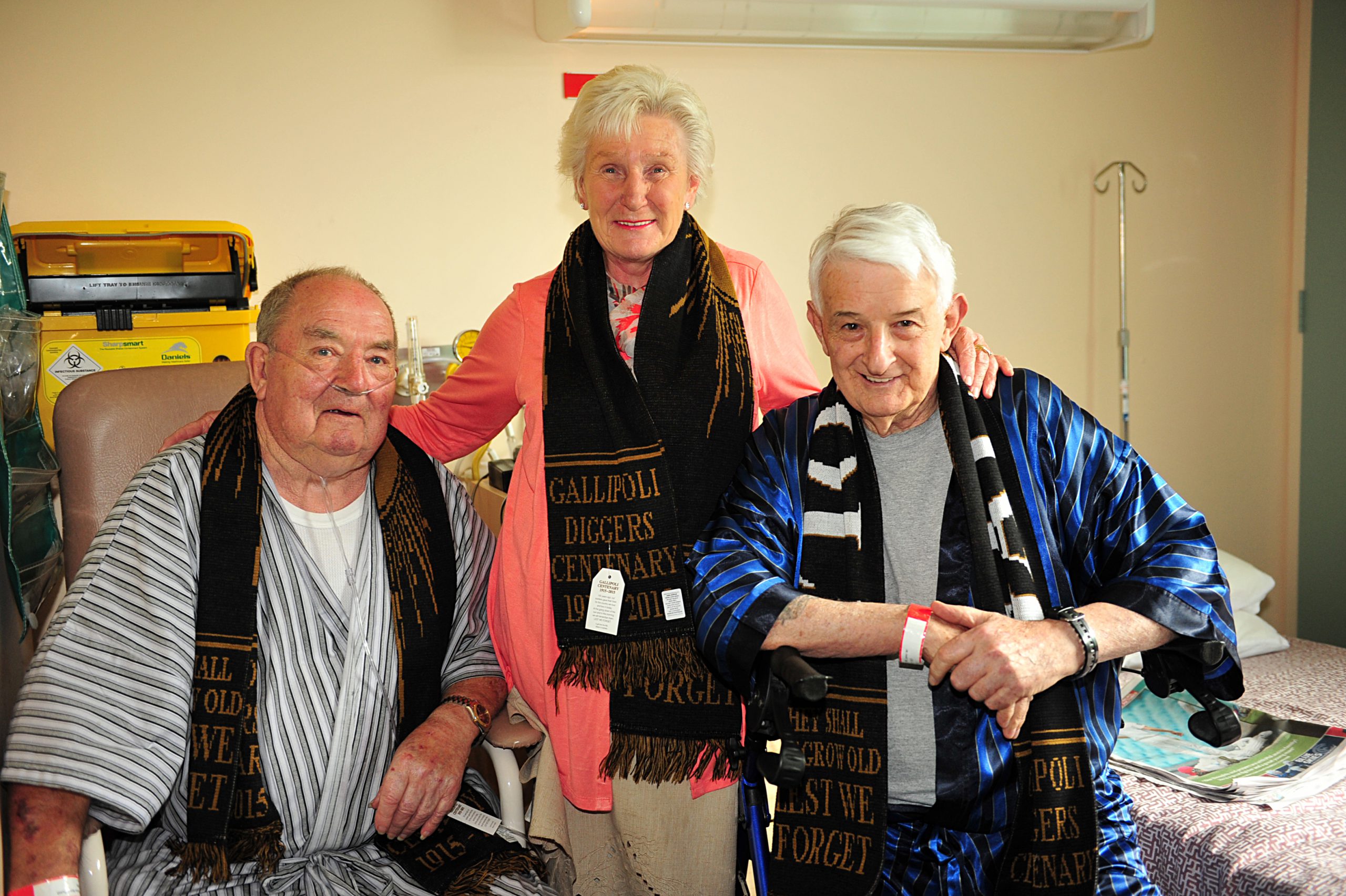 Korean war veterans who were not recognised on the Traralgon cenotaph until last year have been given another token of appreciation.

In alignment with April’s Anzac centenary celebrations, Jim Craven, John Hickman and Jim Baldwin (dec) will soon be honoured with streets as namesakes in a new subdivision on Marshall Road, Traralgon.

Six other veterans from the world wars and the Vietnam war will also be recognised.

When Mr Craven joined the Australian army, he was 17 and lied about his age to be enlisted.

“My dad did too, he went over to World War I when he was 16 but they caught up with him,” Mr Craven said.

Mr Hickman was 22 when he enlisted and Mr Baldwin celebrated his 21st birthday on the train to Korea after serving in Japan for three years.

Referred to as ‘The Forgotten War’, the Korean War involved 17,500 Australian troops.

When The Express visited Mr Hickman and Mr Craven at Maryvale Hospital, it was clear the comrades were well-deserving of recognition.

“The reception we got when we came back from the war was a shock to any of us, you mention anything down the street (about the Korean War) and they don’t even know what you’re talking about,” Mr Hickman said.

“People just couldn’t care, they didn’t give a damn about any of us.”

With a smile on her face, Mr Baldwin’s wife Faye said she knew exactly what her husband would say if he was alive.

“He’d possibly be embarrassed first, but deep down he’d have the biggest smile on his face and he’d say, ‘bloody marvellous’,” Ms Baldwin said.

She said her husband did not speak of the war until 18 months before he died, but always had nightmares stemming from the ordeal.

Mr Craven said each battalion sent to Korea spent a summer and a winter in the mountainous country, but remembered winter vividly.

“We kept everything in our sleeping bag so it wouldn’t freeze; we had our boots, our rifles, everything,” Mr Craven said.

While the feelings of not being officially appreciated before last year remained, Mr Craven said their own street namesakes were a great legacy.

“Having a street named after you is a great sort of legacy, if your family see it down the track they’ll be able to say that was my great granddad,” Mr Craven said.

“I think it’s a wonderful, great honour. We’re thrilled to bits with it.”

To highlight the street names’ significance, the Traralgon RSL, which suggested the soldiers to be honoured, is hoping an Anzac emblem will be placed on the signs.

Killed in action during WWI

Fought with the Royal Australian Air Force in WWII