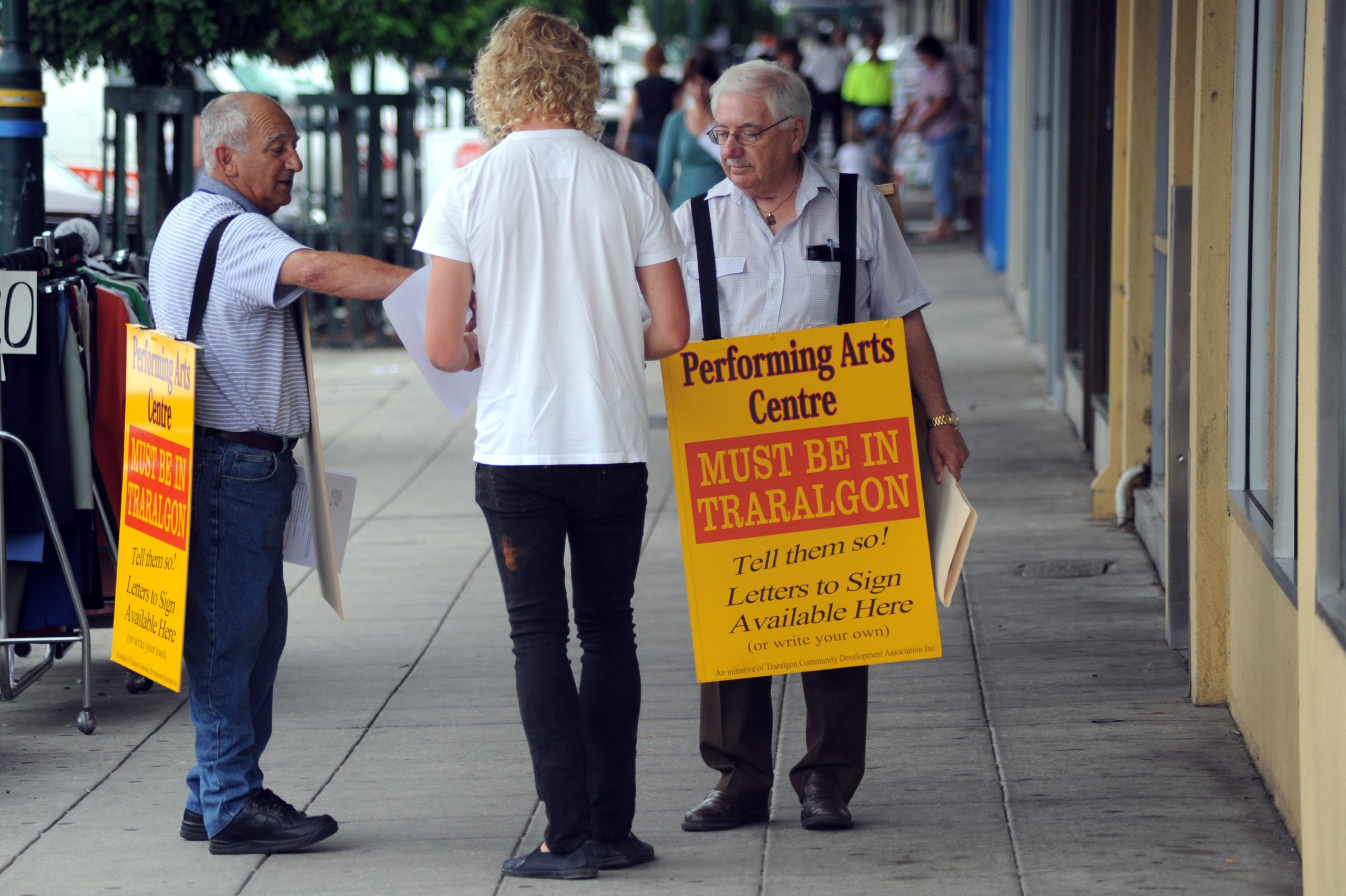 AN OPPORTUNITY to attract funding for a new performing arts centre in Latrobe City is set to again spark debate over the project’s location.

Councillors will decide at a meeting tonight whether to review the Latrobe Performing Arts and Convention Centre project to determine if it should be located in Morwell or Traralgon, while applying for funding from the Federal Government’s National Stronger Regions Fund.

Debate over whether a multi-million dollar performing arts and convention centre should be built in Morwell or Traralgon has been ongoing since a petition brought the community’s desire for the centre to the fore in 2008.

A 2009 feasibility study found the centre could be built next to Kernot Hall, Morwell or at the existing performing arts centre in Traralgon for similar costs and benefits.

However, a council officers’ report has suggested this may not be the case.

Council officers said the feasibility study’s proposed design for the centre at the Kernot Hall site may not fit into land council owns, which would add “unforeseen land acquisition costs” to the Morwell proposal.

The report also stated Arts Victoria had queried the “feasibility” of a centre located outside of the town’s central business district, which was the case with the Kernot Hall proposal only.

“Thus, council’s resolution to locate the facility at Kernot Hall may present a risk to securing contributing State Government funding,” the report read.

Another point raised backing up the need for a review, is that no investigation into seeking out business sponsorship through naming rights was undertaken.

“A successful agreement with any number of larger companies within the region… would attract an ongoing yearly operating contribution in exchange for marketing benefit,” the report read.

“We support the Latrobe City Council in its (consideration) to review the proposal and look forward to a positive outcome that will meet the needs of our community here in the Latrobe Valley,” Mr Hemming said.

“We’re seeing many professional shows bypass Latrobe Valley for theatres either side of us… in Baw Baw and Wellington,” he said.

The matter was brought before councillors at their most recent meeting in items closed to the public. Mayor Dale Harriman said the item was originally in the closed session because a State Government body had made comments on the project and deemed those words confidential.

Cr Harriman said in order to have the matter discussed in the open session, all references to the comments were removed.

He said councillors voted to do so for transparency reasons, “so we could have full and frank debate”.

“It’s really a case of wanting to make sure we have the best possible project to put forward for funding,” Cr Harriman said.

Cr Harriman said if a review was undertaken he would hope it “would not take too long”, but said it would be in the hands of officers undertaking the review and depend on the time it took government departments to respond when information was sought.