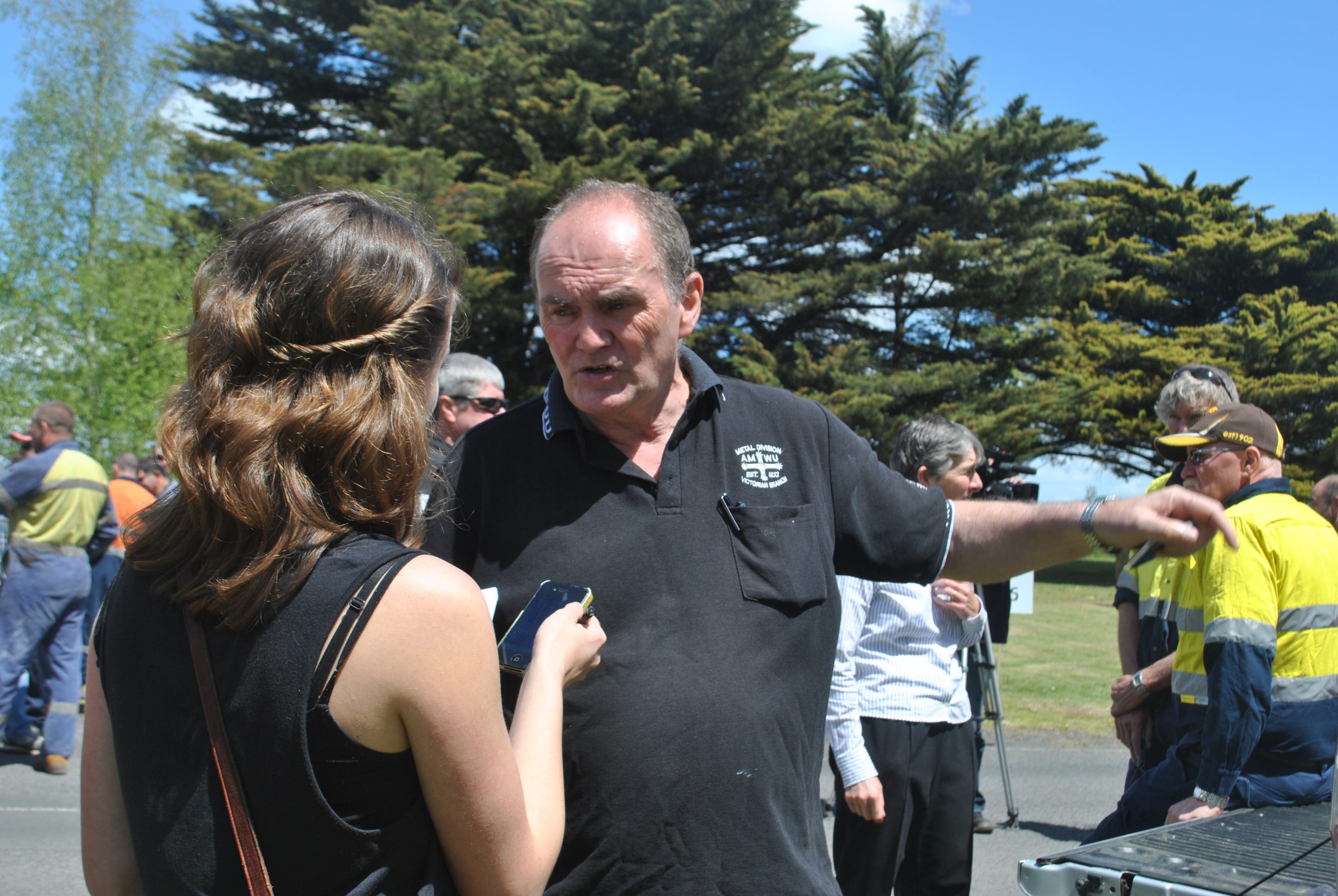 Latrobe Valley’s union heavyweights are preparing to ramp up their influence on State Government policy through their traditional allegiance with the Labor party.

Gippsland Trades and Labour Council secretary Steve Dodd has flagged his intention to lean on a range of government contacts now Labor is back in power to ensure the Valley’s troubled employment landscape “gets the full policy attention it deserves”.

“We are only in the early stages of actually talking through our connections, but we’ll be making strong contact with them and setting up some serious meetings in the new year,” Mr Dodd said.

Mr Dodd’s commitment to flex his union muscle on behalf of the Valley’s job security future comes after a range of key workforce unions said they would hold the Labor party to their word for promises made during the election campaign.

He said while no direct promises had been made to the Valley’s key unions, he said he believed the region’s employment sectors would find a more sympathetic ear under the new government.

“In the last year we have seen the former State Government place an enormous focus on how to respond to the decline of the automotive industry, and we’ve seen a whole range of programs to assist people to get qualifications and reskill there,” Mr Dodd said.

“But at this point in time, I don’t see any programs like that happening in the Latrobe Valley.

“We need to have a government with a proactive industry policy, and they need to support what everyone else is doing across the board, otherwise things just stagnate.”

Looking back on the past four years under the Coalition, Mr Dodd said the former government had undermined its own efforts to boost employment in Gippsland.

“If you really want to have a litmus test on the Coalition you only need to look at their attitude to the training sector,” Mr Dodd said, referring to the widespread cuts to TAFE funding.

“When you are shutting down the places where our kids are getting trained, and meanwhile you’ve got the Federal Government telling people who’ve just been put out of a job that they’ve got to be unemployed for six months before they get any sort of payments, what are you supposed to do?”

“If you are going to deliver outcomes for a region, you need to be working on behalf of everyone – the workers, the employers, the educators and the community support networks; everything’s tied in together and right now we’ve lost that balance.”

The GTLC’s comments come after Construction Forestry Mining and Energy Union mining and energy president Luke van der Muelen urged voters to direct their ballots away from both major parties due to their weak policies on mine rehabilitation.

The comments are understood to have angered the wider union community after Labor’s narrow defeat in the Morwell electorate to Nationals incumbent Russell Northe.

Mr Van der Meulen was unavailable for comment as he is away on sick leave.