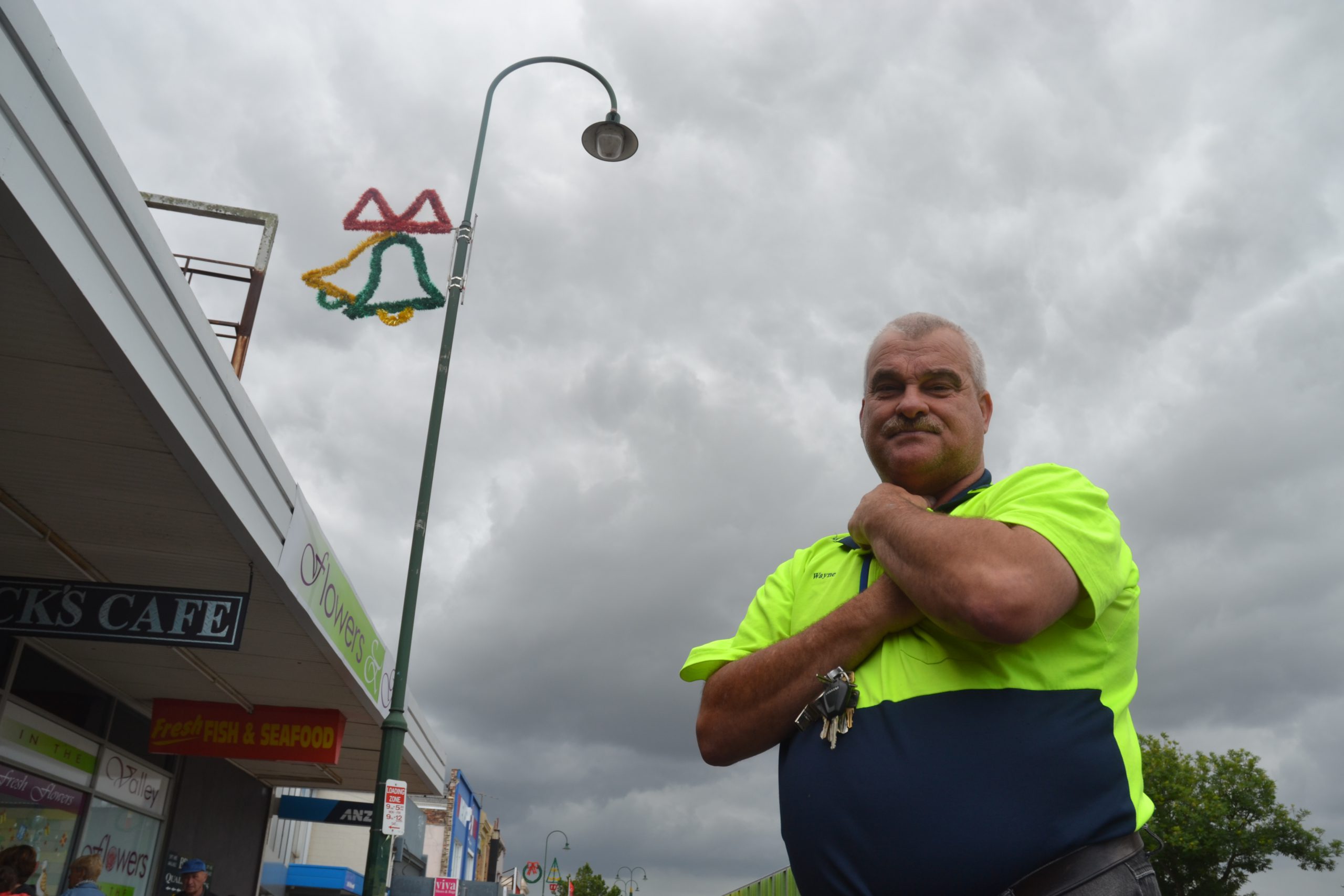 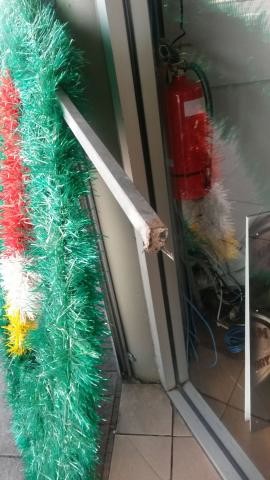 Moe resident Wayne Neal was “almost impaled” by a steel-framed Christmas decoration on Tuesday afternoon when wind gusts of up to 90 kilometres per hour ripped the candle-shaped structure from its light post mooring.

Mr Neal was crossing Commercial Road shortly after 4.30pm, when he felt a sudden “whoosh” of movement past his head.

Instinctively ducking, the crippled tinsel-wrapped frame crashed at his feet in the middle of the street, about six metres away from the light post.

“It was just crazy good luck it didn’t hit me in the head. I was lucky. It would have only missed me by six to eight inches,” Mr Neal said.

“I would have sustained a very serious injury or even been killed; when I picked it up I reckon it weighed a good eight kilograms.

“There was a woman and her baby walking across the road just after it happened, imagine if they had have been in the wrong spot.

“Imagine getting killed by a Christmas decoration.”

Mr Neal, a work safety expert by trade, said the ageing Christmas decorations, which adorn CBD street lights every December, were in desperate need of inspection.

“After all this happened, we could see one moving on the opposite side of the street, which was pretty concerning because all that movement has the ability to crack the welds pretty easily,” Mr Neal said.

Mr Neal reported the incident to Latrobe City Council and suggested maintenance workers immediately inspect the integrity of all decoration welds along the street.

“Council need to get inspections going immediately, as these decorations are a definite risk to public safety in high winds,” he said.

Mr Neal called on other pedestrians in Morwell to be mindful of the ageing decorations in strong winds.

The Bureau of Meteorology issued a severe weather warning for damaging winds across the state on Tuesday afternoon, with winds averaging up to 60 kilometres per hour and peak gusts of 95km.

“We do understand how an event like this can be distressing for community members,” Mr Stone said.

“Council has a process for checking the structural integrity of decorations prior to installation. Those that are found to be damaged are repaired or decommissioned.

Mr Stone said an incident report was filed after the decoration’s collection.

“However, Council is presently unable to determine whether the decoration that fell was a new one or one from the older selection.

“The decorations Council use are able to withstand strong wind conditions, however, Tuesday’s winds were an extreme event.

“As we update decorations Council are changing to a new one-pole style which have an even higher wind capacity.”