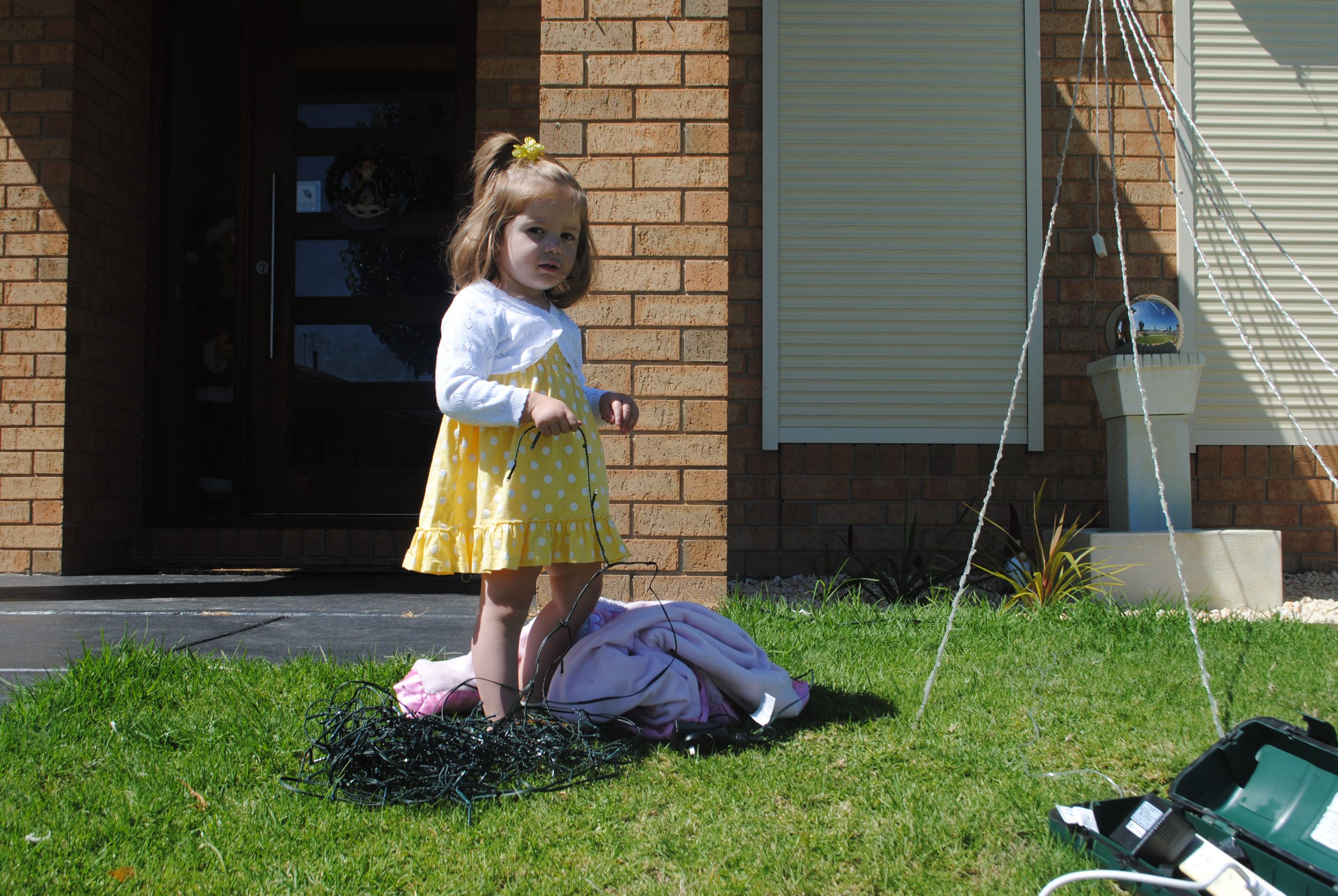 Ten years of dedication to brightening up Christmas in their neighbourhood has come to an end for a Traralgon family.

Fed up after thousands of dollars worth of decorations and lighting went missing on Sunday and Monday nights, Francine and Glenn Ashton have decided to take down their display.

Ms Ashton said her six year-old twin boys went to school angry and upset on Tuesday morning, when they realised their beloved aeroplane decoration was gone.

“I felt sick, I couldn’t believe someone had done it, you just don’t think someone could do something like that,” Ms Ashton said.

“They’re really angry at the people doing it; I thought they’d be more sad but they’re just really angry someone has done this to them.”

Initially thinking children or teenagers may have been responsible for the thefts, Ms Ashton scoured the neighbourhood block, expecting the decorations to have been dumped.

“We thought it was kids but then last night the aeroplane was gone; everything else was gone that first night, you would need a ute or a station wagon or something to take that amount of stuff,” Ms Ashton said.

“There’s no way you could walk off with it and I’ve walked around this block because I thought if it was kids they might have just taken it and thrown it for a laugh.”

Adored by neighbours, the Christmas light display had only ever been tampered with once, two years ago when a set of solar-lit candy canes were taken.

Anybody with information about the theft should phone Traralgon police on 5172 2700.