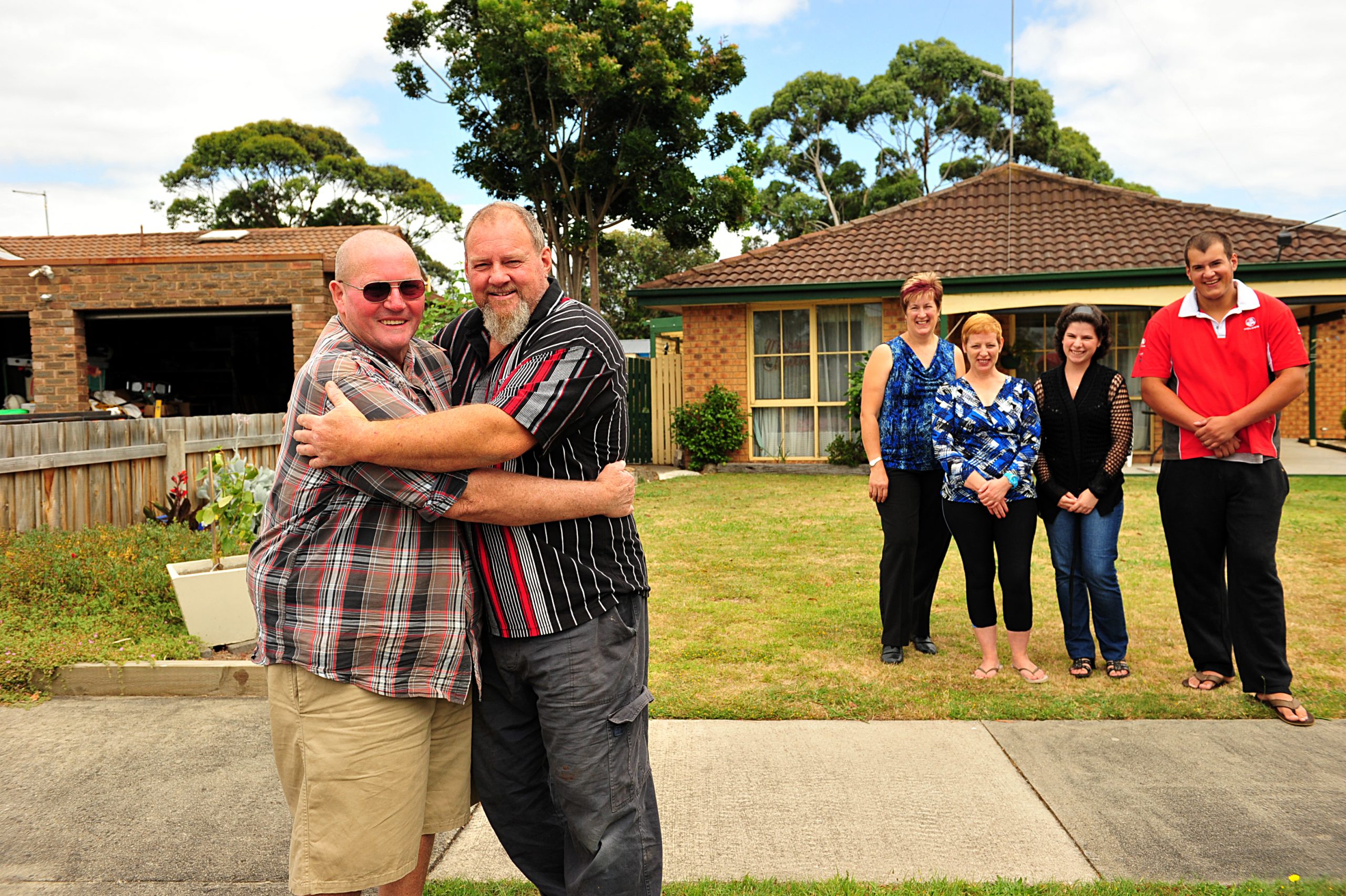 To Morwell man Bruce Rudd, his next-door neighbour Bruce Mongan is a life-saver.

It’s not because he lent him a tool or brought his mail in.

He spent 13 minutes performing CPR on Mr Rudd after his heart stopped in his dining room on 11 September 2013.

Mr Mongan had moved in next door 12 months earlier, and had not long arrived home when he heard the desperate calls of his neighbour’s partner Shirley Hunt.

“I came in the door and he was sitting in the chair, no pulse, not breathing.”

Ms Hunt phoned triple zero, while Mr Mongan – a former CFA volunteer for 27 years including Black Saturday – moved his neighbour to the floor and started CPR for an exhausting 13 minutes until paramedics arrived and used a defibrillator to start his neighbour’s heart.

“I didn’t think he was coming back. I thought he had gone,” Mr Mongan said.

It was this marathon effort which earned Mr Mongan a 2014 Ambulance Victoria Community Hero Award.

“It was remarkable for him to demonstrate his preparedness to simply do what was required,” Mr Allison said.

“If he didn’t do what he did, Dad wouldn’t be here and that thought’s just a bit scary. We would have already had a Christmas without him,” Emily said.

“It’s been really good how we can have that sort of relationship with our neighbours and have someone here to tell the story.”

Mr Mongan said he was “humbled by the whole experience”.

“I know what I’ve done and I know how grateful people are for it, but I still think the guys that are heroes are the ambos, they’re the ones that do all the dirty work every day of the week,” he said.

Mr Rudd has recovered and now has an internal defibrillator to slow his heart rate down.

It was put to the test a few months later when a near-emergency got his heart racing.

“I fired up the barbecue and didn’t know how full the fat tray was,” Mr Rudd said.

Once again, Mr Mongan was nearby and able to lend a hand.

Mr Rudd went inside while his neighbour attended the fire.

He felt the need to sit down.

“The next minute, ‘whack’, this thing kicked in,” he said, pointing to his chest where the defibrillator is.

“It slowed my pulse right down.”