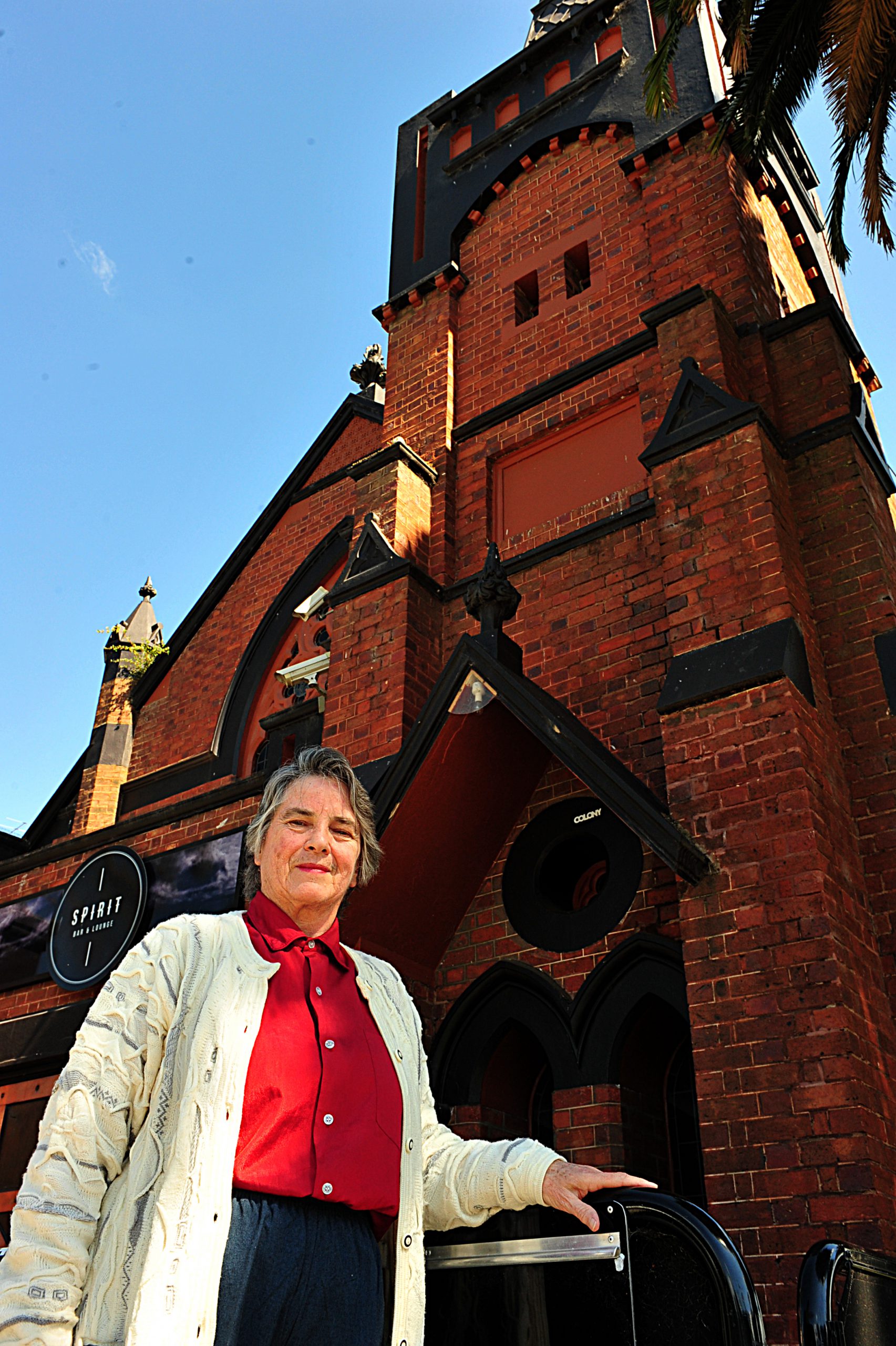 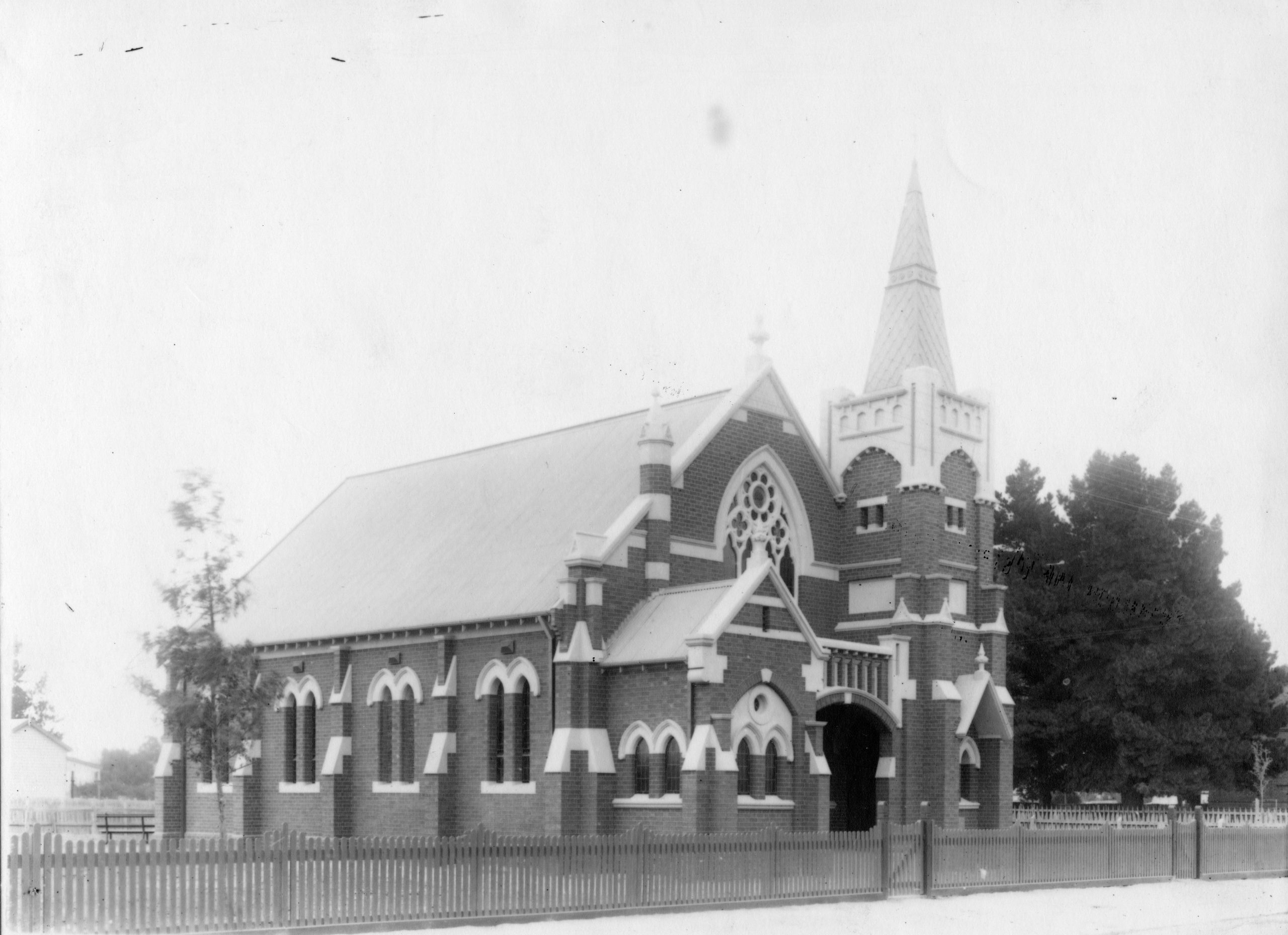 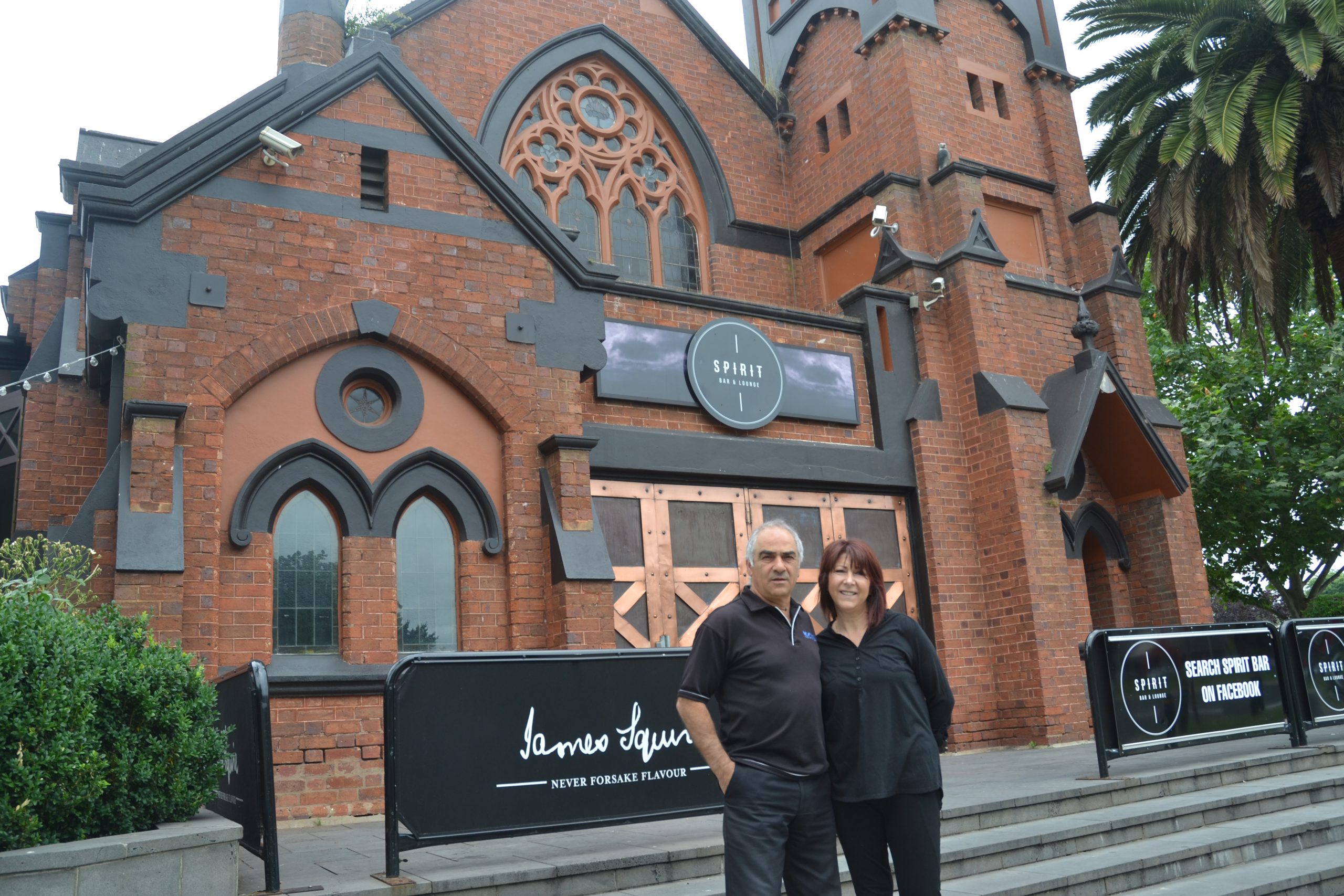 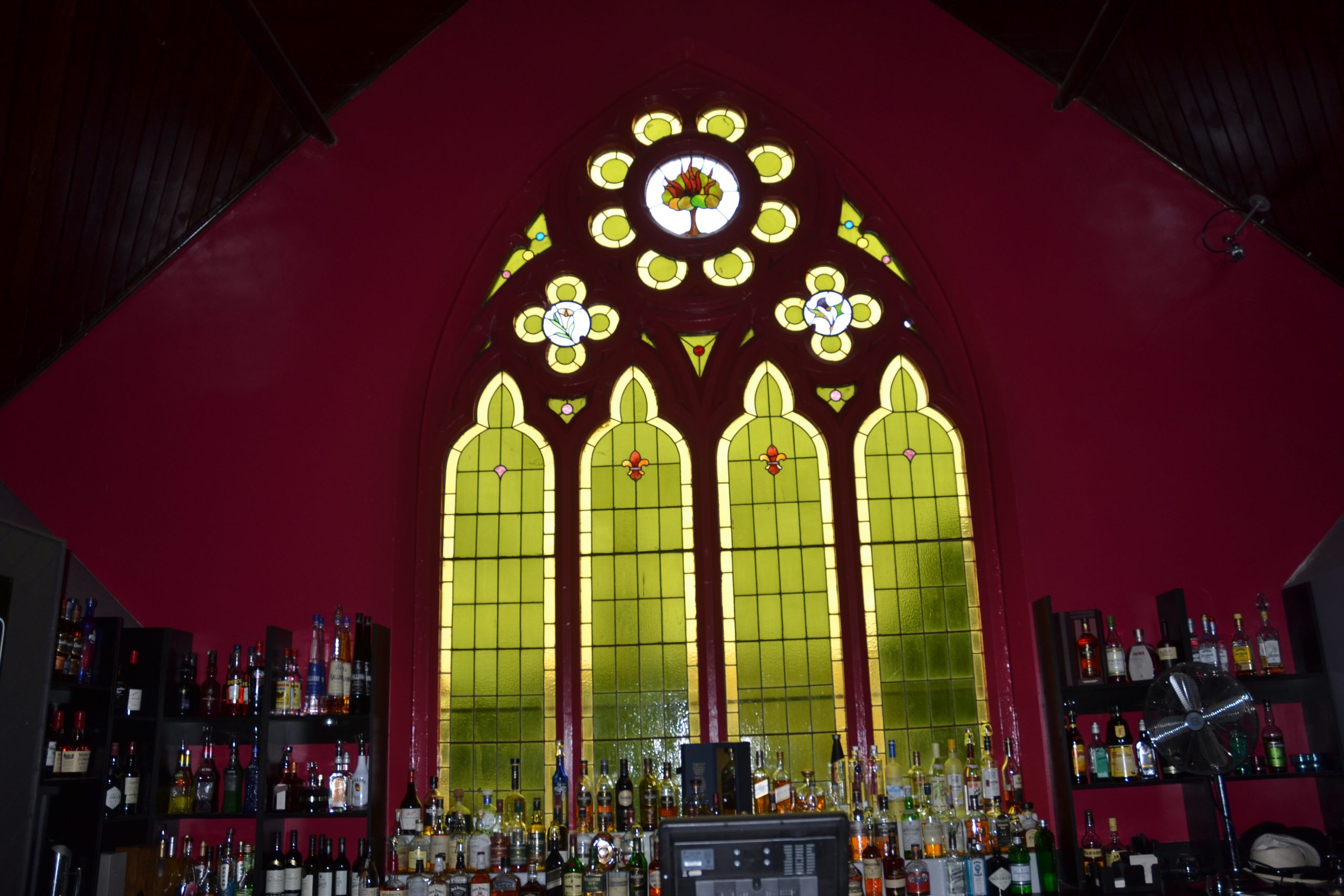 It is almost unimaginable to think that 100 years ago the Kay Street Entertainment Complex was a place of worship.

Built in March 1915, St Andrew’s Church on the corner of Kay and Church streets was where Presbyterians would attend Sunday service.

Traralgon and District Historical Society president Barbara Johnson said she had fond memories of the church.

Ms Johnson said the church was a prominent fixture when growing up and was married there in 1968.

Her father, James Dunbar, was the church’s board secretary while her mother was an organist for many years.

“Mum playing the organ, the minister on the pulpit… it was quiet and serene. I suppose a place for contemplation,” Ms Johnson said.

In 1977 the Presbyterian Church merged with the Methodist Church to become the Uniting Church.

This created a stir when talks emerged the newly-formed church planned to sell the St Andrew’s property.

One of the Presbyterians uncomfortable with the plan was Mr Dunbar.

“He wanted to maintain it because it has historical significance (but) the Methodists wanted a new land,” Ms Johnson said.

“The Methodist tradition was far more property-orientated than the Presbyterians.”

The Uniting Church was eventually built on Park Lane and the new owner of the former St Andrew’s building converted it into a night club called Angels.

A restaurant then took up residence following the nightclub’s closure and a bar was also opened at the other end of the complex.

Ms Johnson said she felt a “bit eerie” when she returned to the building following her cousin’s invite for a meal.

“I presume there was a deconsecration type ceremony whatever the word is and therefore it’s no longer a church building,” she said.

In 2010 the property was sold for a third time.

Josie Prestipino, part owner of Spirit Bar which took over the building, said people should not feel offended that a bar now stands at a former place of worship.

“It wasn’t a decision to turn it into a nightclub, it was the church’s decision to move. The ceremony that was done by the (minister) says this is no longer a church, no longer a house of God,” Ms Prestipino said.

“It could have been completely demolished and then what? History’s gone. I’m glad the previous owners have not done that and they kept that vision of making it still look the way it used to be.

“I hope anyone after us won’t demolish it and say ‘I’m sick of people thinking it’s a church, let’s just make it all modern’ because it’s history it’s gonna go.”