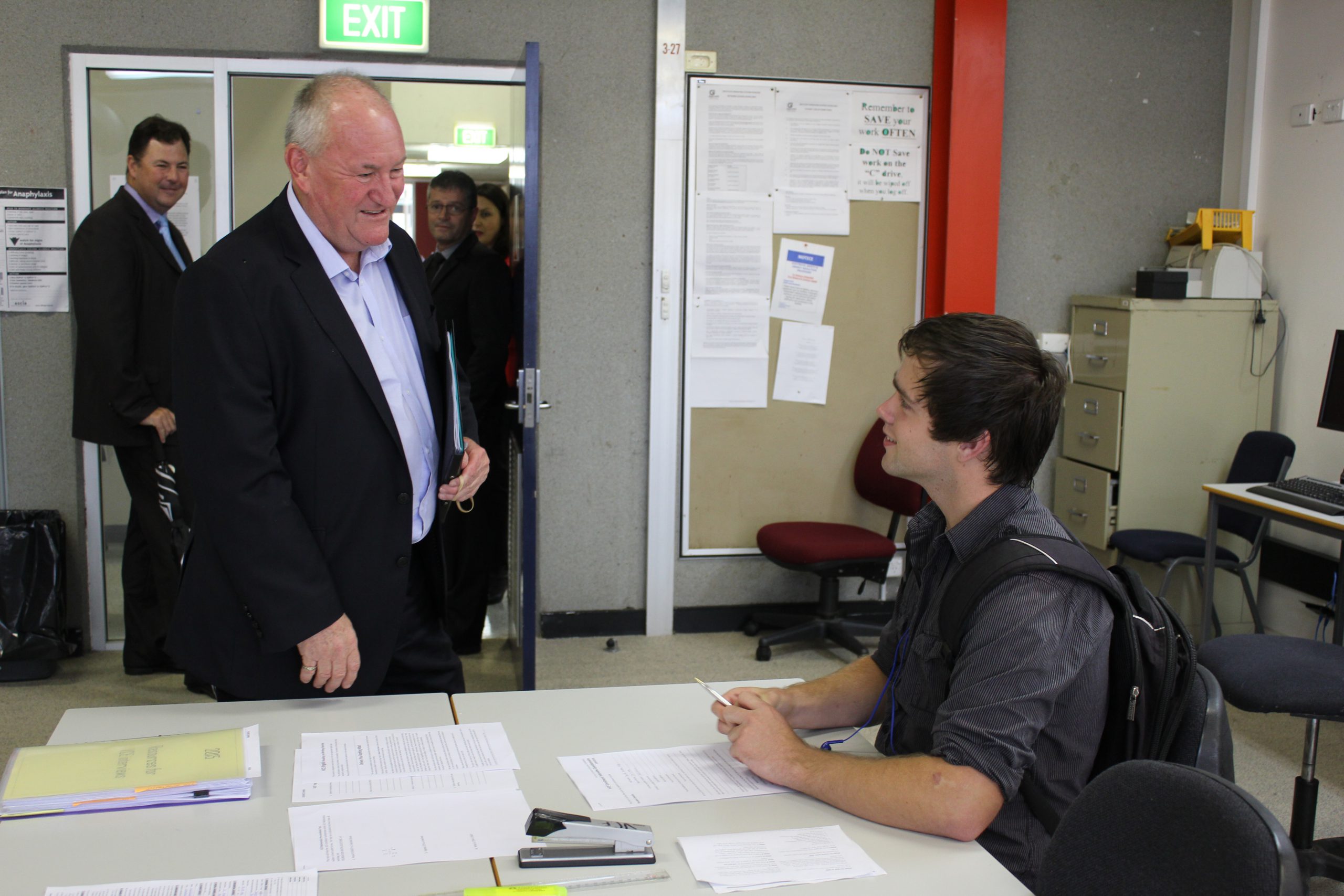 Federation Training’s Yallourn campus will be among the first to receive a share in $20 million of State Government emergency funding.

In his first public visit since Labor took office, Training and Skills Minister Steve Herbert said on Thursday the campus was among seven Victorian TAFEs eligible for fast tracked funding from the $320 million TAFE Rescue Fund.

Mr Herbert said Federation Training and the former AdvanceTAFE and GippsTAFE had been savaged in the last few years by funding cuts in 2012.

“Training has declined substantially at this institute and their financial position has been under a cloud in recent years,” the minister said.

“They continue to make losses and they’re part of a decline in the TAFE sector that’s seen an estimated $72 million loss this financial year.”

The seven TAFEs were contacted a week ago by Mr Herbert about putting forward expressions of interest for a share of the $20 million by the 23 January to strengthen their financial position for 2015.

Federation Training chief executive Wendy Wood said the institution would base its submission on supporting students to complete their studies, in particular courses that support employment but might have low enrolment numbers.

“Improving infrastructure and course resources is also a high priority,” she said.