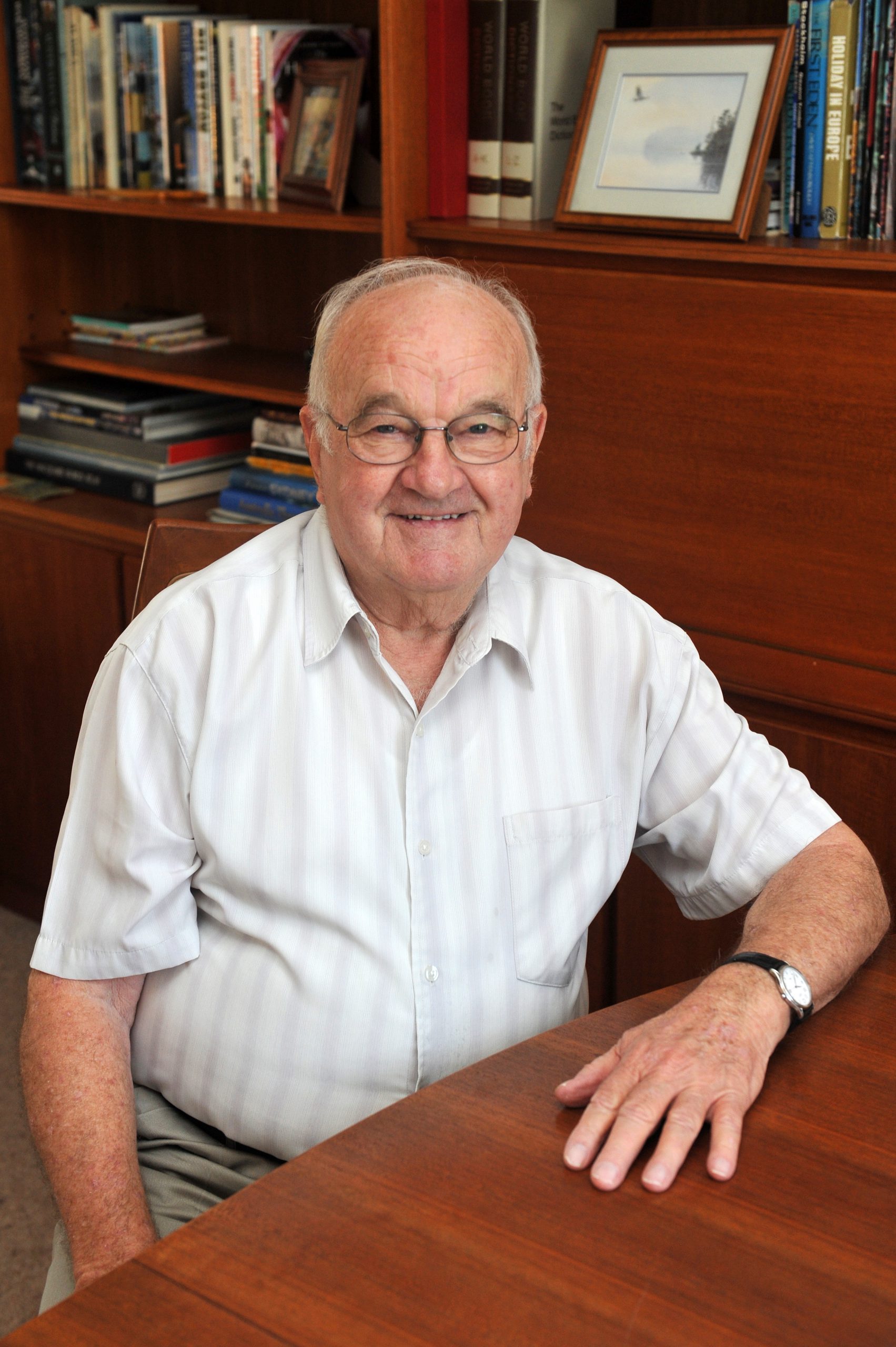 The only way to really understand how something works is to be “up there where the decisions are made”.

That’s the approach Bernie Carrington has always taken, and it’s earned him a Medal of the Order of Australia for service to the Traralgon community.

“When you get that letter, it’s a bolt out of the blue and – you know – it’s left me quite shaky, to be honest,” Mr Carrington said of the honour.

“It’s a great honour for the powers that be to recognise that what you do in your community is worth recognising.”

Involvement in a long list of groups and committees make up Bernie’s public contribution to Traralgon, including Scouts, Girl Guides, Grey Street and St Michael’s primary schools, along with St Paul’s and Kildare secondary colleges.

“I guess I followed my kids in many ways. As they progressed through the schooling system I followed them to school committees,” he said.

“The only way to really understand how something works is to be up there where the decisions are made. So I’ve always opted for that.”

A longstanding member of the Traralgon Lions Club, Bernie was president for three terms.

“It’s nice to be able to do something in your local community which somebody else can’t do for themselves, I think that’s a lot about what Lions is about,” he said.

“What is good, is we have the resources to do it. We’re a very active and effective club.”

Mr Carrington was a City of Traralgon councillor between 1976 and 1982, Mayor from 1980-1981 and water commissioner for five years.

He served as board member of Yallambee Village from 1988 until last year and was a member of the Traralgon Community Development Association since 1998.

Mr Carrington and his family moved from Sydney to Traralgon in 1966, where he worked as an engineer at Australian Paper’s Maryvale Mill.

Today, he continues his more than 30-year service as a Justice of the Peace and also volunteers at the Latrobe Visitor Information Centre near the Traralgon Railway Station.

“You meet a whole host of people from all over the place and almost without exception, nice people,” Mr Carrington said.

“I get a lot of pleasure about telling people where we live.

“We have never regretted coming here, because it’s just such a nice place to live.”