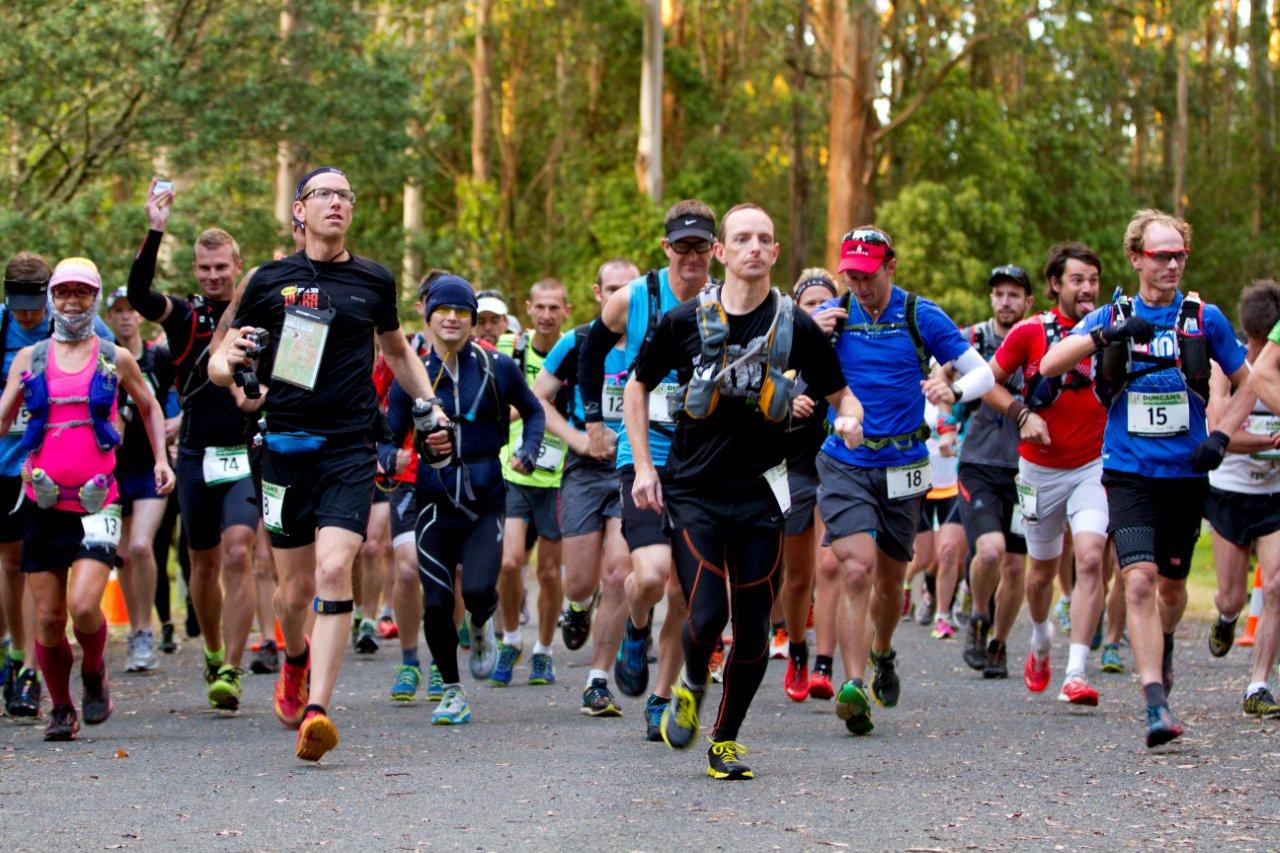 AS was the case with the man himself, it was the character of the event that stood out most to competitors at the second annual Duncan’s Run Hundred late last year.

The ultra-marathon in memory of Traralgon Harrier Duncan Orr drew 96 people to the Grand Strzelecki Track to tackle runs of 28 kilometres, 50km or 100km as an individual or team.

It was Orr’s dream to stage such an event, and one his wife Anna brought to fruition for the first time in December 2013.

With new sections of track available for the 2014 event, race director Travis McInnes said the degree of difficulty was apt given Duncan’s fondness for such challenges.

The course was separated into 50km, 28km and 25km loops, with the section around Mack’s Creek – featuring steep side inclines and descents followed by a long ascent – an exciting, albeit gruelling, addition.

“That’s what people love, they love a race with a bit of character; if it was just another trail run around forest trails, four-wheel-drive tracks you can do that anywhere in Australia.”

The run featured eucalypt forest, steep technical single trail and fire trail, hilly terrain and Mount Tassie as its peak elevation, with views of Ninety Mile Beach and Wilsons Promontory to the south.

Highlights included temperate rainforest and mountain ash tree sections, and contrasts between plantation areas burnt out in the Black Saturday fires and the backdrop of Mount Tassie.

The field was full of those who had known Duncan, but also attracted a host of Australia’s top ultra-marathon runners chasing qualification points for the World Championships in France.

First past the post in a blistering time of 10 hours 24 minutes and 22 seconds (more than an hour quicker than last year’s winner) for the 100km solo was Stephen Rennick ahead of a 23-strong field, including Traralgon Harriers Ian Twite and Darrel Cross.

Harriers clubmate Kylie Murray took out the 28km distance, while Stephen Rae saluted for the 50km.

McInnes said the love for Duncan was palpable, not only among the competitors but the volunteers who lined the course’s marshal and drink stations.

“We’re all friends and family of Duncan, most of the people out on the course at the marshal points – some people were out there for six, eight or 10 hours whether they were standing on the corner of a track section – everyone was there because they wanted the race to be a success and if Duncan was there he would have loved the race,” McInnes said.

The event was supported by the Wireless Institute Civil Emergency Network, which provided radio assistance throughout.