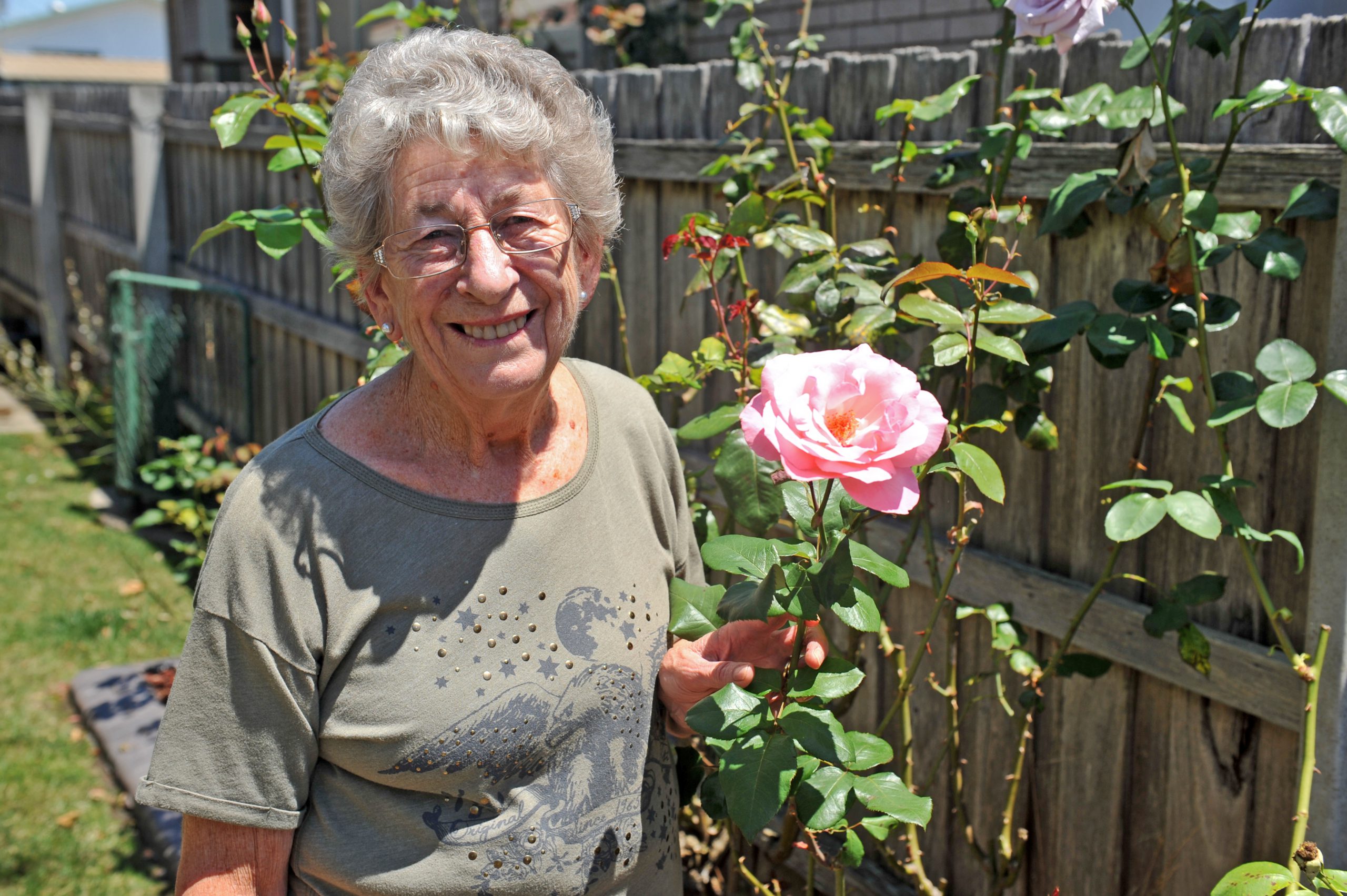 Walk into Lois Williams’ home and you will be confronted by bulldogs.

Don’t worry, they’re only made of concrete or porcelain.

But the Newborough mascot is the first sign of the almost 73 year-old’s zest for her community and tenacious spirit.

“I will continue to volunteer as long as I am able,” Lois said.

“People were amazed that I was taking everything down in what they considered ‘squiggles’,” Lois said.

She followed her family’s interest in sport and became involved with the Newborough Football Club, the Yallourn Swimming Club and lobbied to have an indoor heated pool at Newborough.

“That was in the days when women didn’t belong on men’s committees. It was very much a man’s domain,” she said.

Lois is also a life member of the Mid Gippsland Football League, Yallourn Golf Club and still runs the Central Gippsland Out and About Recreational Network.

The network, once supported by the state and federal government, encourages people to stay mentally and physically active.

Her husband Bryan, who worked at the former State Electricity Commission and died in April of asbestos exposure, was her partner in volunteerism.

Lois said they joined the CGOARN hoping to take part, but not be the organisers.

“That of course didn’t happen and it was 20 years last November that I have been involved with the organisation in the capacity of project officer and treasurer,” she said.

She said her only regret was that her husband was not able to share the award with her.

“We were a great team,” Lois said.

When not volunteering locally, Lois is organising shipments of textbooks and education material to disadvantaged primary schools in Vanuatu, knitting singlets for AIDS babies in Africa or supplying premature babywear and beanies to the Churchill Lions Club.

“Other than that I spend time in my garden,” Lois said.

“Ms Williams has devoted her life to the advancement and wellbeing of other people young and old,” Cr Harriman said.