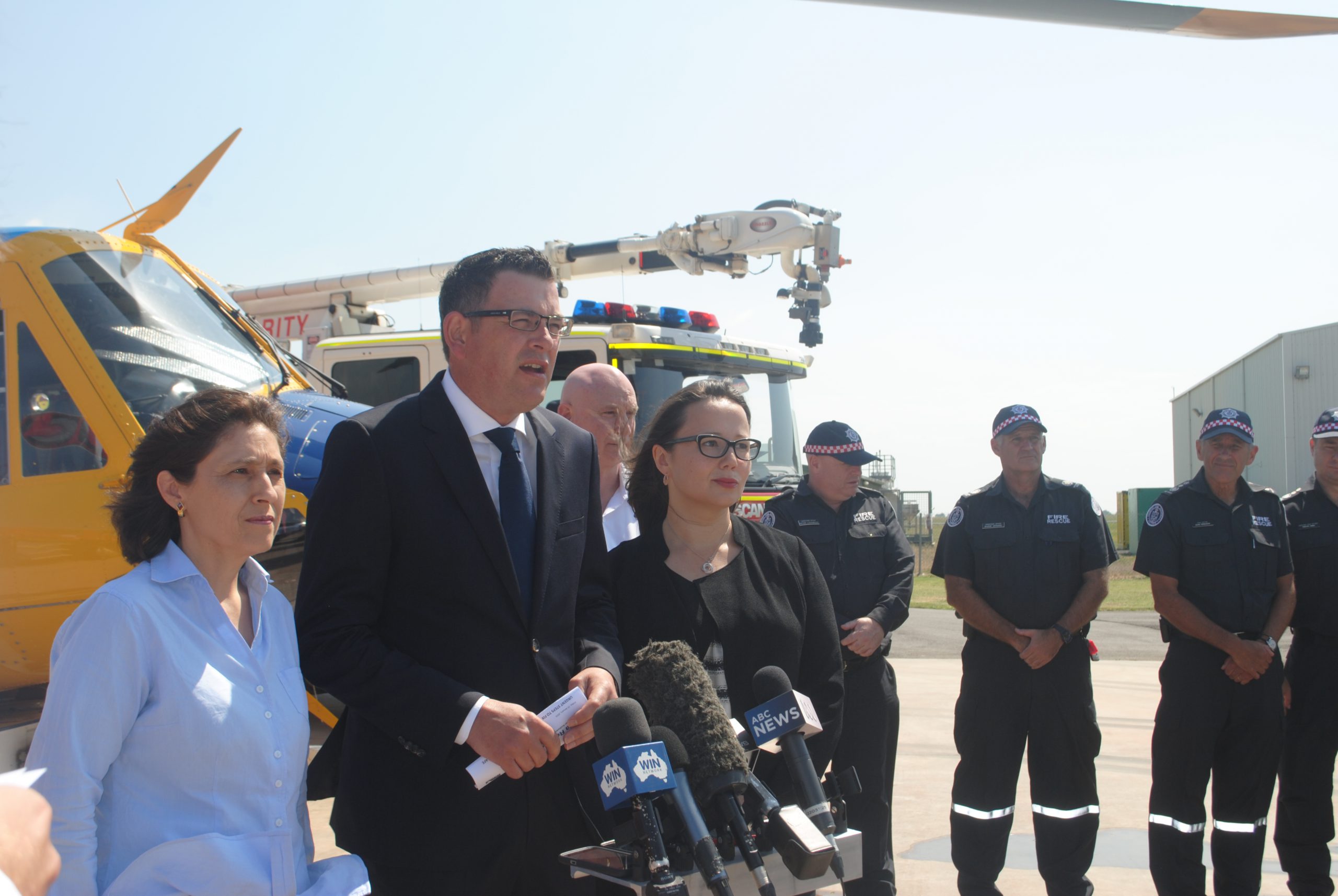 Latrobe Valley mine operators will be made to carry out risk assessments and develop fire management plans by October this year, under variations to their licences signed by the new State Government.

The requirements, in line with the recommendations of the Hazelwood Mine Fire Inquiry, include assessing the likelihood and impact of a fire in worked-out areas of mines and the most practical and effective fire protection of exposed coal surfaces.

Premier Daniel Andrews said during his visit to the Latrobe Valley on Friday, mine operators would be obliged to keep “accurate, up-to-date, detailed plans” to prevent, mitigate and suppress mine fires.

While there was little detail of the new requirements, Mr Andrews said they “had teeth”.

“This is not a self-regulating system. We want to work with the three mines and the three businesses that operate them in a cooperative way, in a respectful way,” Mr Andrews said.

“If anyone doesn’t comply with this regime, any mine operators, well they do face penalties ranging from being breached, to having to stop work at the mine, right through to substantial financial penalties – fines – and ultimately losing their licence.”

However, he said he did not believe it would come to the latter.

AGL Loy Yang and Energy Australia Yallourn issued statements on Friday, while Hazelwood mine owner and operator GDF SUEZ declined to comment at this stage.

The assessments and plans are expected to be delivered to government by October, prior to the next fire season.

Regarding mine fire preparedness for the current fire season, Mr Andrews said while there was a recognition more had to be done in future, a lot had been achieved in the last 12 months, including improved water supply and additional cameras at Hazelwood, along with fortnightly aerial sweeps of the mines.

Energy and Resources Minister Lily D’Ambrosio said following an election commitment, the government now required mine operators to report the steps they had taken to rehabilitate disused sections of mines annually.

“We’ve drawn the line on information being kept from the community and this government has lost no time in ensuring that information will be publicly available,” she said.

Ms D’Ambrosio said a re-opened mine fire inquiry – slated to begin after this fire season – would look at progressive rehabilitation of coal mines, including bond arrangements.

When asked how much GDF SUEZ would need to contribute to the total cost of last year’s Hazelwood mine fire, Mr Andrews said he did not want to discuss the figure in the media.

“The invoice, if you like, is going to be sent to them (GDF SUEZ), and believe me there will be an invoice sent to them,” he said.

“I don’t want to be debating and discussing it in the media until I’ve had an opportunity to speak to them about it.”

Loy Yang mine operator AGL welcomed the new requirements for mine operators, saying they enhanced the company’s “business-as-usual fire preparations” as a licence requirement.

“AGL will continue to work closely with the government and emergency agencies to ensure our activities are transparent and the local community is engaged in fire suppression planning processes,” he said.

An Energy Australia Yallourn spokesperson said the company took mine rehabilitation “very seriously” and was always looking at ways to improve risk management.

“We will work with appropriate experts to further develop and implement our risk assessment and management plans in accordance with the legislation,” the spokesperson said.

“We are currently progressing mine rehabilitation works in line with our approved rehabilitation plan, and report progress on a regular basis to the public via our Environmental Review Committee.

“We will continue to review these plans as part of the management of the mine and the new legislative requirements.”

Voices of the Valley president Wendy Farmer said it was “quite promising” that mines would be “held accountable for what they actually do to the community”.

“The mines need to show the community what they are actually doing to rehabilitate the mine,” Ms Farmer said.