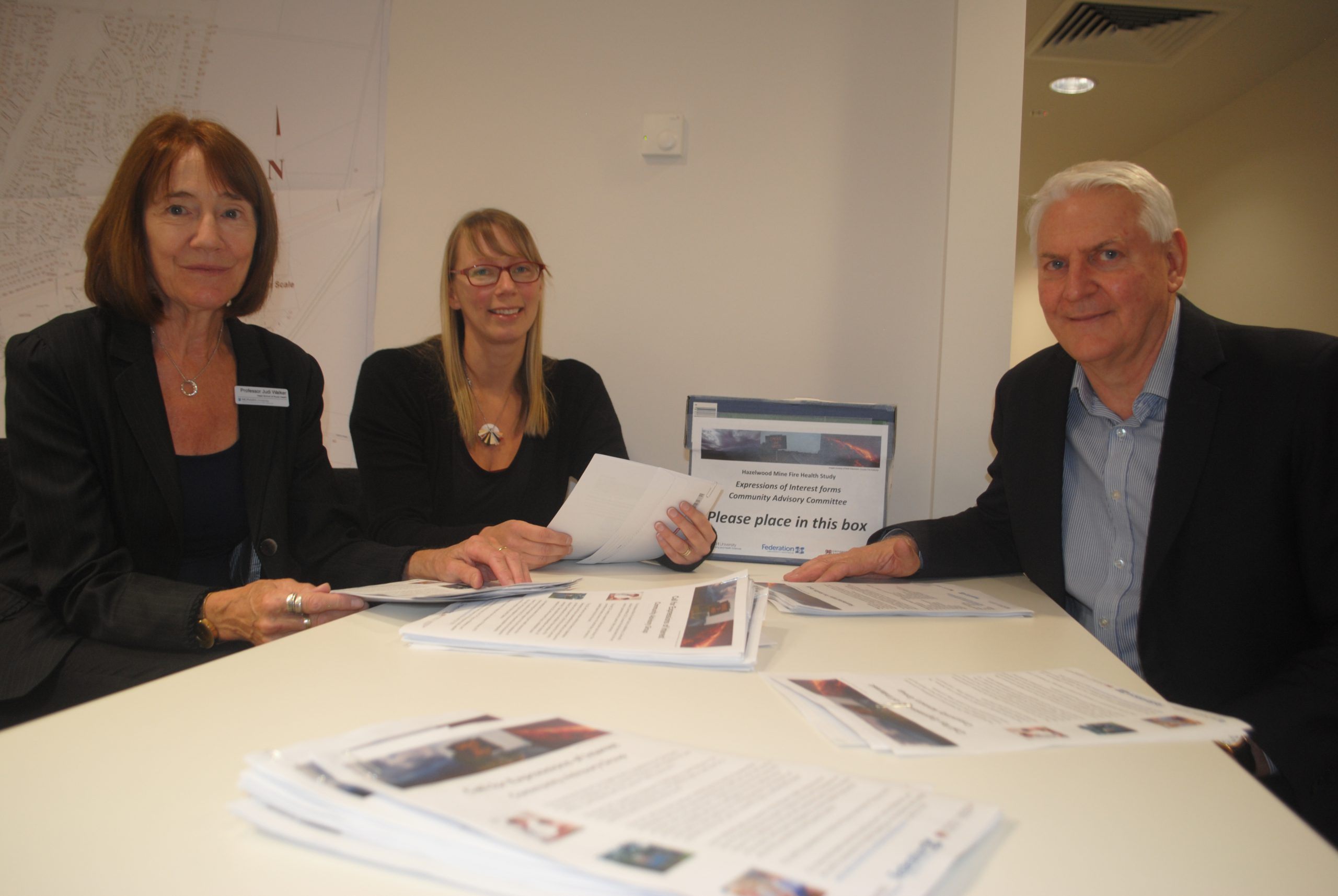 The Hazelwood Mine Fire Health Study is calling for expressions of interest from members of the public to be part of the project’s community advisory committee.

It comes as the study’s headquarters officially opened at the Monash University School of Rural Health building at Latrobe Regional Hospital this week.

“We’ve got a long journey ahead of us and we really need the community’s interest and involvement in this.

“The study arose as the result of community concern, so it’s absolutely essential the community is involved in different aspects of the study.”

The community advisory committee is expected to be made up of 10 people, including lead researcher Professor Michael Abramson, Professor Walker, the Victorian Chief Health Officer, a representative from Latrobe City Council, Federation University Gippsland, the Latrobe Regional Hospital board and Latrobe Community Health Service board.

Researchers are now looking for three members of the community to make up the remainder of the committee.

Professor Walker said representatives did not need to be part of a community group or organisation, rather they would volunteer as individuals.

She said the position was “not for the faint-hearted”.

The draft terms of reference for the committee include discussing and advising on community perspectives, providing advice on engagement and communication issues, and being involved in the education and training of field staff and clients.

One of the first major elements of the study will be a post-exposure survey of those people living or working in Morwell at the time of the fire, with the aim of surveying the entire Morwell population of 14,000.

The research team aims to start this in April and Professor Walker anticipates it will likely run for about 18 months.

A series of targeted studies will be carried out, focusing on cardiovascular conditions, respiratory conditions, psychological impacts, cancer, impacts on the elderly, child health and development, along with the impact on community wellbeing.

The community advisory committee will meet quarterly for the life of the study.

? Expressions of interest for the community advisory committee will close Monday, 16 February.