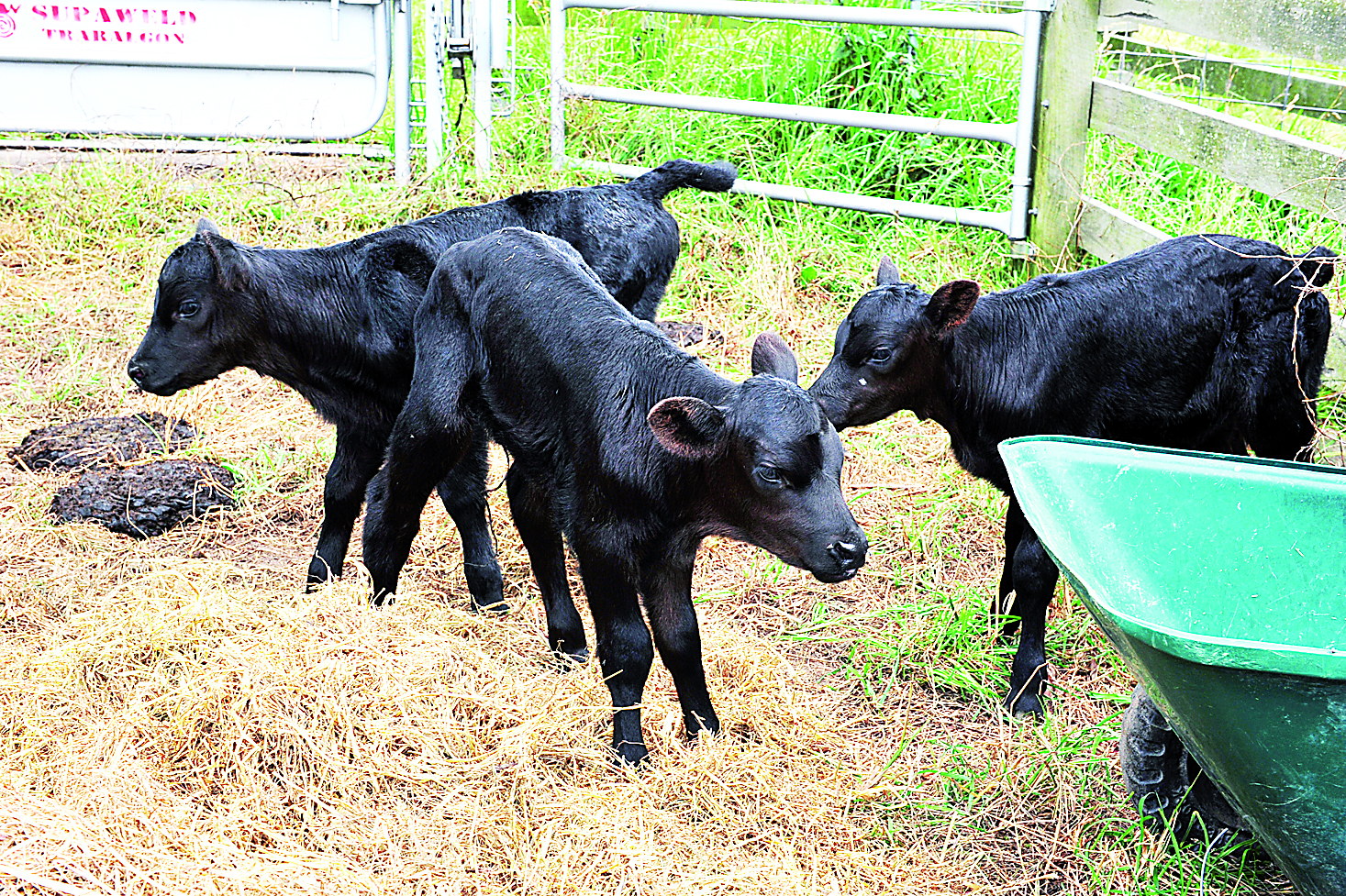 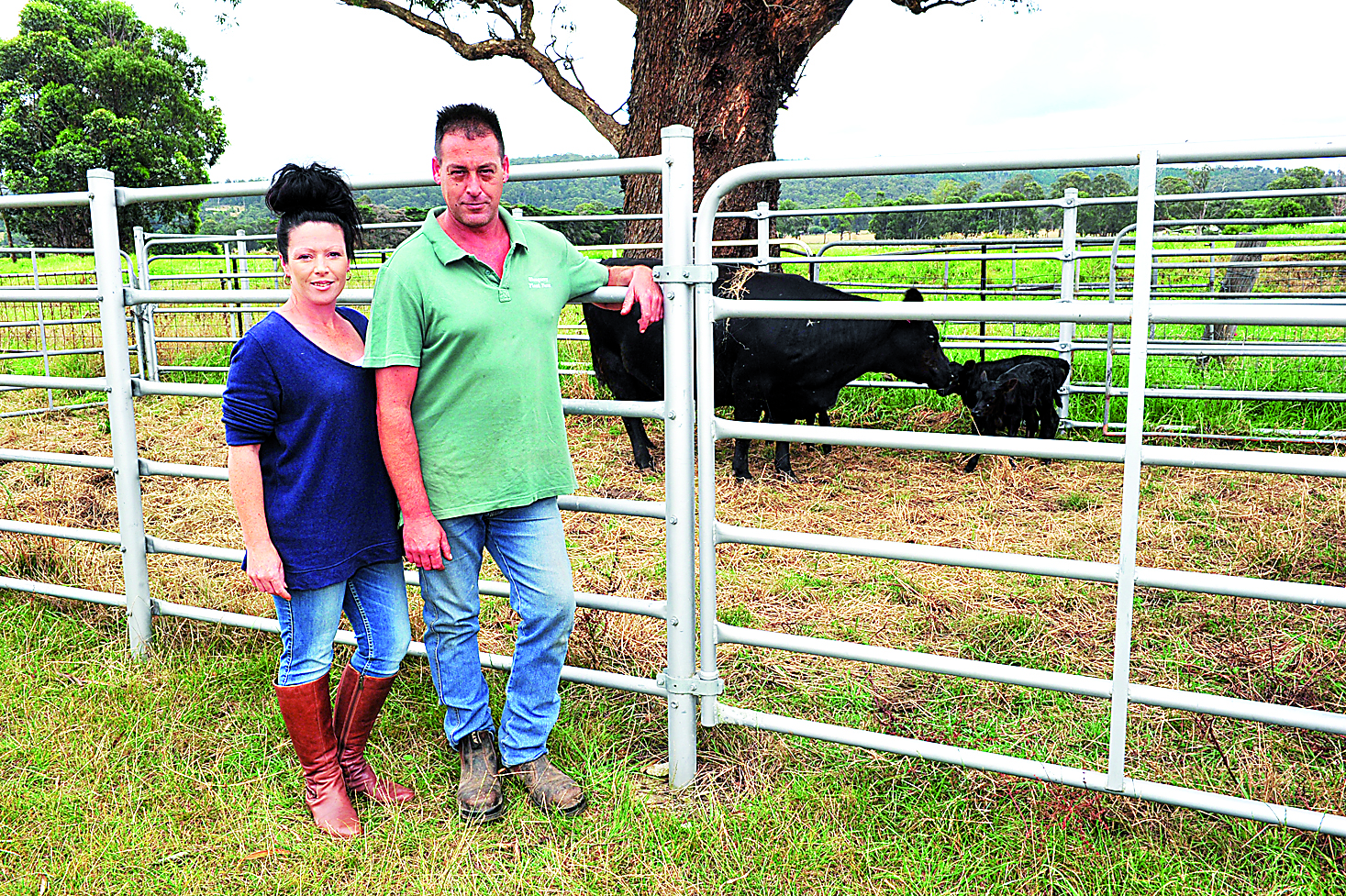 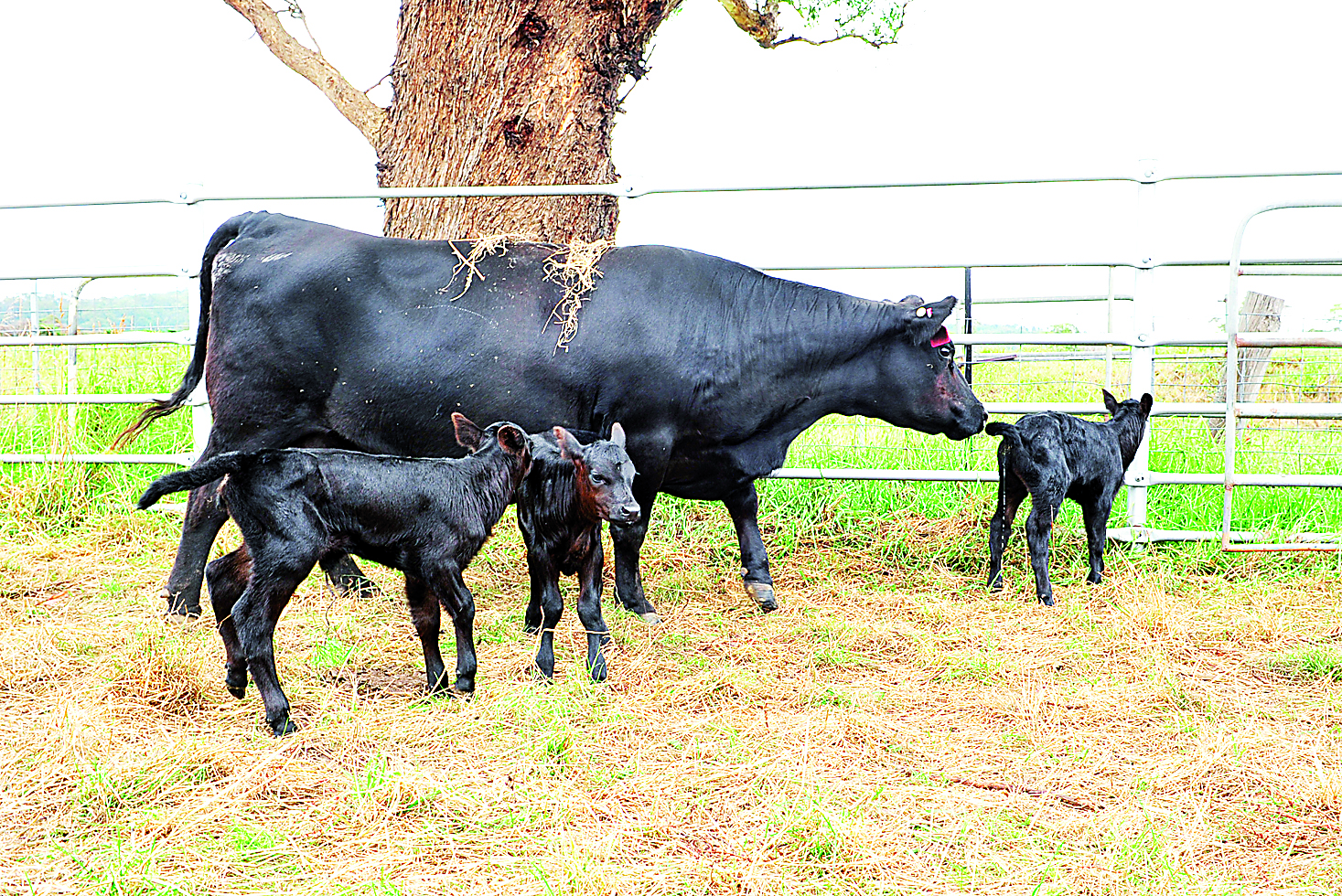 Brett and Helen Paulet already had cause for celebration when watching the birth of the season’s first calf from the back of their Glengarry house at the weekend.

“If felt pretty good watching it happen. She had the calf fairly easily then sat down, but then got back up and had another one,” Brett said.

“So we thought that was a bonus, our first cow having twins like that.”

Leaving the mother to bond with her new offspring, the Paulets came back 20 minutes later and were astounded by what they saw.

“I thought ‘geez, she’s having another one’. I couldn’t believe it,” Brett said.

“She wasn’t due for another week or two, but I suppose they go early when they’ve got twins or triplets, and she did look pretty ‘barrelly’ (in shape) leading up to it.”

With estimates of triplet odds ranging from million-to-one and beyond, Brett said the birth of the heifer trio felt like a good omen for the season and his 45-cow herd.

“We’ve put them in the yard all together because she was obviously confused with calves going everywhere, she’s mothering them all really well now which is good,” he said.

“They were very fit and healthy and bouncy, which was really good. Obviously they are on the smaller side of a normal calf but that’s to be expected.”