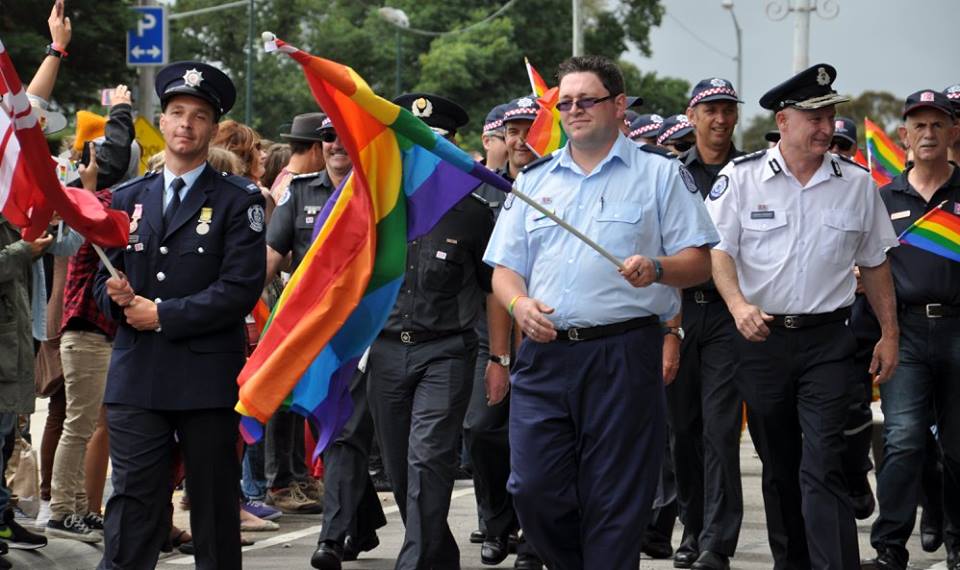 Walhalla identity and volunteer Russell Wright was the pride of the Country Fire Authority at the weekend, leading the state’s firefighters in the annual gay and lesbian Pride March in St Kilda.

As flag bearer and ambassador for the Lesbian, Gay, Transgender, Bisexual and Intersex community within the CFA, Mr Wright led more than 100 firefighters in the march – 15 of them Gippslanders.

The CFA’s involvement – its first in an official capacity at the popular Gay Pride march – comes as the latest in a string advances for LGTBI rights in modern Australian society.

“It was excellent to see such a really great turnout for the day,” Mr Wright said.

“It’s about sending the message the CFA is an organisation which welcomes members from all walks of life, and the LGTBI community being one of those.”

Mr Wright’s ambassadorship in the CFA will continue, however this year will focus on membership within CFA’s South East Region, as alternative ambassadors take up new mantles in respective regions across the state.

“It’s been a fantastic experience and such a very rewarding position to be in. I’ve been working with fantastic people in higher management of CFA,” Mr Wright said.

“I’ve worked with people such as Mark Potter and (Chief CFA Officer) Euan Ferguson on this, and there is a genuine willingness to embrace more diversity within CFA’s core set of values.”

Since joining the Erica and district brigade as a volunteer in 2009, Mr Wright has been an integral force for LGTBI rights within the organisation, helping launch ‘CFA Pride’ social media platforms, and lobbying for CFA’s involvement in this year’s Pride March.