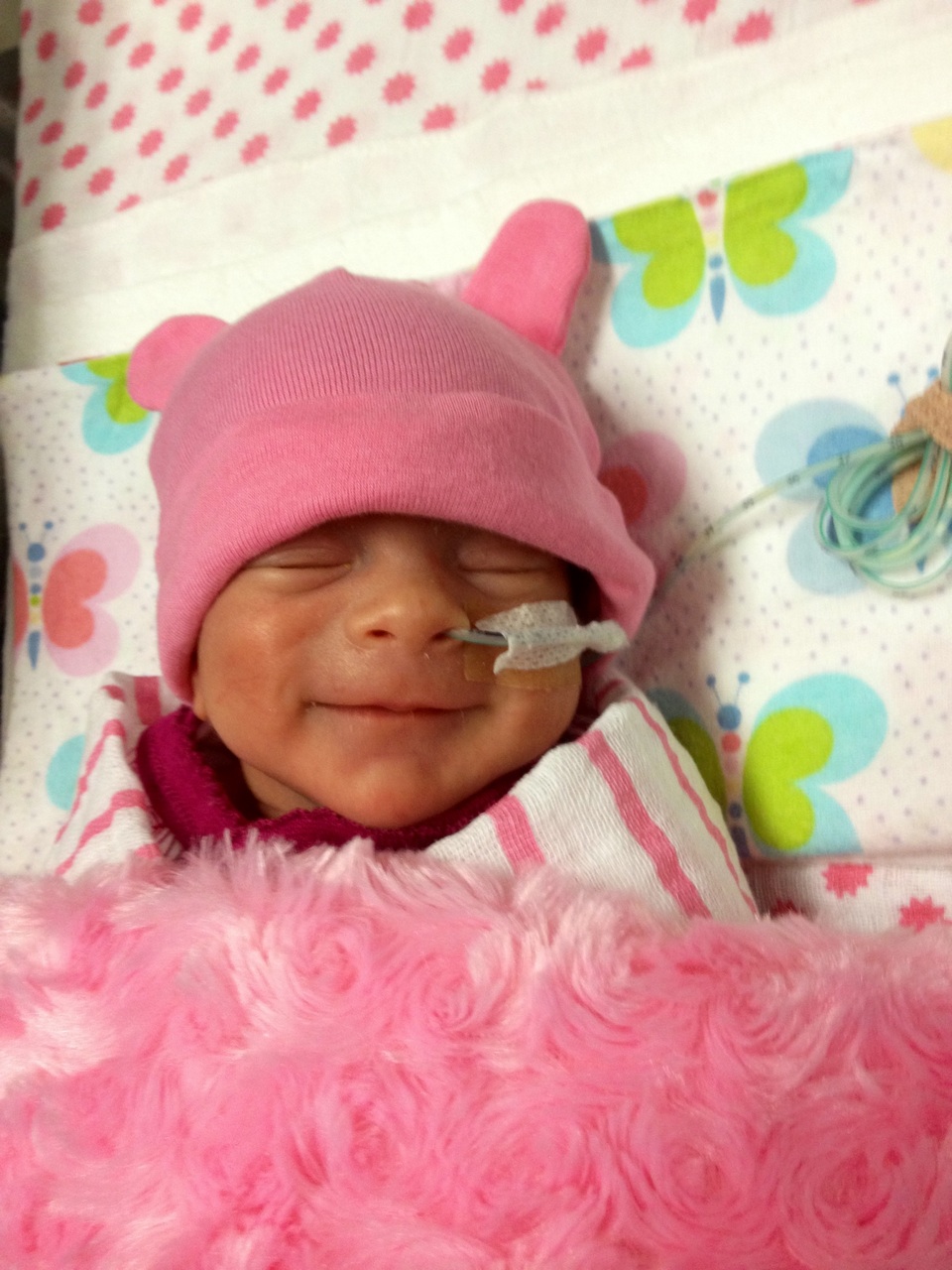 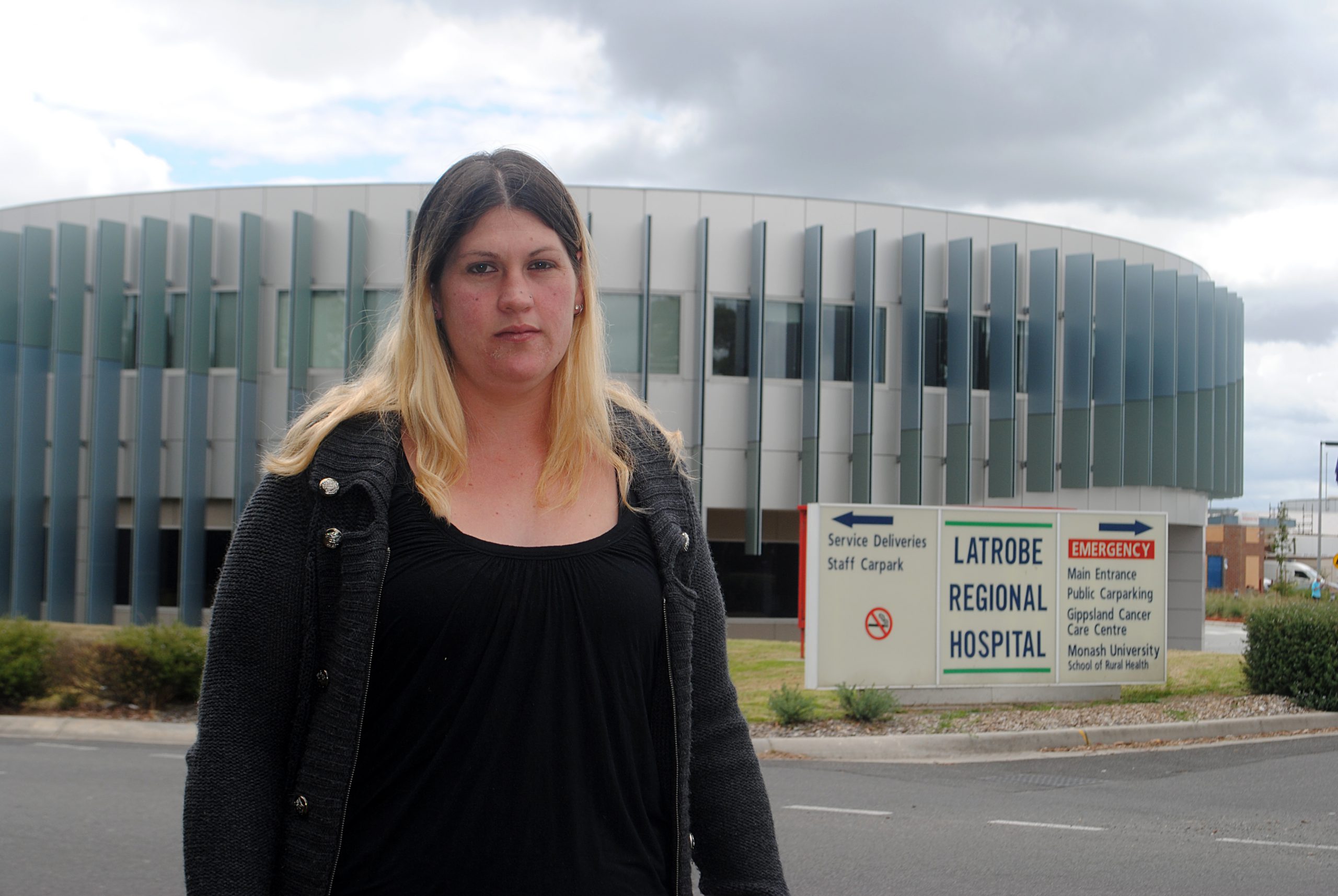 A YARRAM mother, whose premature newborn daughter temporarily stopped breathing at Latrobe Regional Hospital, was not notified by staff until three-and-a-half hours after the incident.

Rebecca Broersen said she had not been able to relax since the episode occurred with baby Kasharna, who remains in hospital.

Her anxiety follows an incident at the hospital in 2012 in which she says her first-born daughter was incorrectly fed breast milk from another mother with Hepatitis B.

Ms Broersen, 27, has a blood-clotting disorder known as Antiphospholipid syndrome, which prevents her from carrying a baby to full term.

Kasharna was born in the Royal Women’s Hospital on New Year’s Eve at 32 weeks.

After three-and-a-half weeks in Melbourne, Kasharna was transferred to LRH.

Ms Broersen decided to leave the hospital and drive to Yarram on Sunday to prepare her home for Kasharna’s arrival, as the family had been staying at a caravan park to be close to LRH.

She said she was phoned by a doctor about 3pm and told Kasharna stopped breathing for one minute after choking on her own vomit.

Ms Broersen said she was told by the doctor the baby had taken 2ml of milk from the bottle and the remainder from a nasal-gastric feeding tube, before vomiting about 15 minutes later.

“They had to suction the vomit out of her and put a CPAP (Continuous Positive Airway Pressure) mask to get her stimulated and breathing again,” Ms Broersen said.

“I thought I’d be able to go home for a few hours, and I couldn’t even do that.

“You should be able to walk away from the nursery and know your child’s safe.

“I was in shock and I couldn’t get back over to the hospital fast enough to make sure she was alright.”

She later discovered the incident had occurred at Kasharna’s 11.30am feed.

“I was very disappointed and upset. They should have notified us immediately.”

In a statement, the hospital’s Chief Medical Officer, Dr Simon Fraser, said staff had listened to Ms Broersen’s concerns during meetings this week and had apologised for the delay in notifying her about the change in condition.

“The paediatric consultant on duty and the hospital coordinator held a lengthy meeting with Ms Broersen on Sunday afternoon to discuss Kasharna and there have been further meetings this week to explain our procedures and reassure her about her baby’s care,” Dr Fraser said.

Ms Broersen now fears the incident may have caused permanent damage to her daughter.

In response to questioning from Ms Broerson an LRH doctor said if she wanted to pursue a brain scan, it would have to be done at Monash Medical Centre under general anaesthetic.

“If I have to put her under general anaesthetic to get her brain looked at, that’s more stress on the baby. It’s something that shouldn’t be necessary.”

Again at Ms Broersen’s request, LRH conducted a chest X-Ray of Kasharna which showed there was no damage to her lungs.

She said further to this incident, Kasharna was given formula used for full-term babies, rather than premature babies and the formula was later changed, only because there was a shortage of the full-term variety.

Ms Broersen said it was not the first time there had been a feeding issue at the hospital, saying she was left “terrified” by a 2012 incident involving her eldest daughter Shekinah, now two-and-a-half years old.

Shekinah was also born at 32 weeks and spent time at LRH a couple of weeks after her 4 April birth .

Ms Broersen said Shekinah fed on another woman’s expressed milk for about five minutes, after a nurse handed the baby’s father the wrong bottle.

“I said (to my partner), ‘let me check that milk’ and it had another lady’s name on it.”

Ms Broersen said she was told the other mother had Hepatitis B.

Immediate and subsequent testing found Shekinah did not contract Hepatitis.

“They (LRH) said at the time they were really sorry this occurred, that this should never have happened,” Ms Broersen said.

LRH could neither confirm or deny the 2012 incident.

“There are different brands of formula used for premature babies and because of supply issues with one brand being used by Kasharna, we switched to another brand,” he said.

“The difference is in the number of calories consumed by the baby. Kasharna was getting two calories less per 30ml than the initial formula she was being fed.”

Dr Fraser said there was no danger to Kasharna’s health as a result of changing the formula and she was put on a higher calorie formula as soon as it became available.

“As a paediatrician, I understand parents want the best for their children and I acknowledge their concerns are greatly heightened when their child is born prematurely and requires special care,” he said.

“That’s why it’s important we take the time to sit down and explain what is happening to their child and answer any questions.

“I believe in this case we’ve done that and we’ll continue to do so for as long as Ms Broersen requires.”