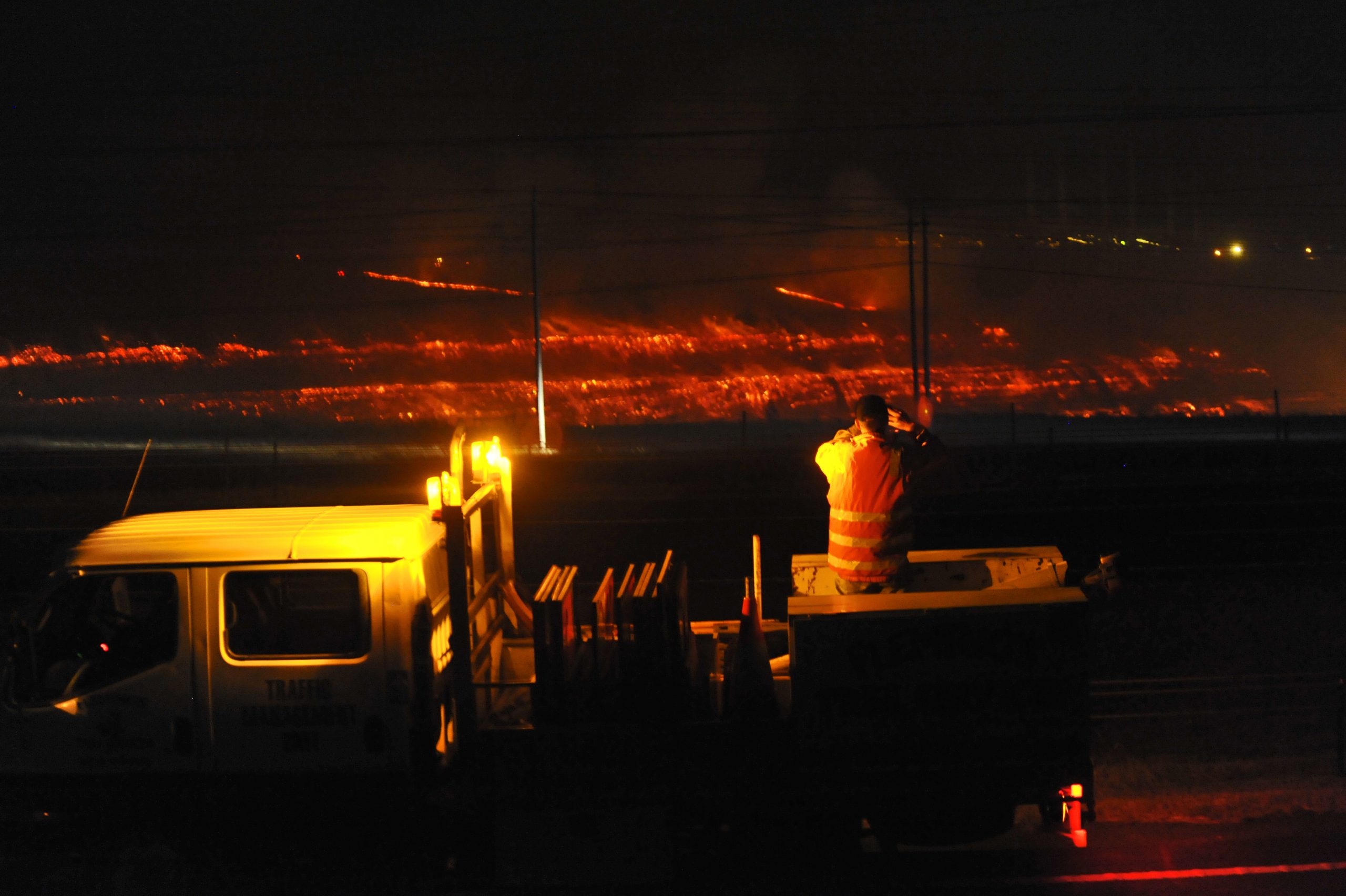 It has been one year since the Hazelwood mine fire and Voices of the Valley is acknowledging the anniversary with a dinner on Monday night.

The activist group, led by president Wendy Farmer, has invited Latrobe Valley residents affected by the fire to the Morwell Bowls Club from 6pm.

Mrs Farmer said the “laid-back” dinner would give the community an opportunity to celebrate and reflect upon their achievements over the year.

“(The idea) is just to get together one year after the mine fire and see how the community is going,” Mrs Farmer said.

“We’ll also talk about what has been achieved during the year and what we plan on doing for the future.”

Voices of the Valley formed early last year to represent residents unable to attend meetings or enquiries regarding the Hazelwood mine fire.

Mrs Farmer claimed it was their protest on the steps of Parliament House in March, which saw the Hazelwood Mine Fire Inquiry begin.

Since its completion, the State Government has commissioned Monash University to conduct an initial 10-year health study into the ongoing effects on the Latrobe Valley community.

Mrs Farmer said the group, which has organised public forums, collected health data and held regular community meetings, still had much to achieve.

“We want to be the voice of the Latrobe Valley people and look at ways of getting new industries down here, which look at the aims of what the Hazelwood Mine Fire report put out,” Mrs Farmer said.

“We need to look at ways of bringing these new industries and businesses into Latrobe Valley, which are not going to affect our health or pollute the environment.”

Voices of the Valley plans to conduct another health survey for those who attend the dinner, which Mrs Farmer said she hoped would involve other community groups.

“It’s a celebration of how far the community has come as a whole and where we’re going,” she said.

So far about 40 people have confirmed their attendance, but Mrs Farmer said that number could increase to 100.