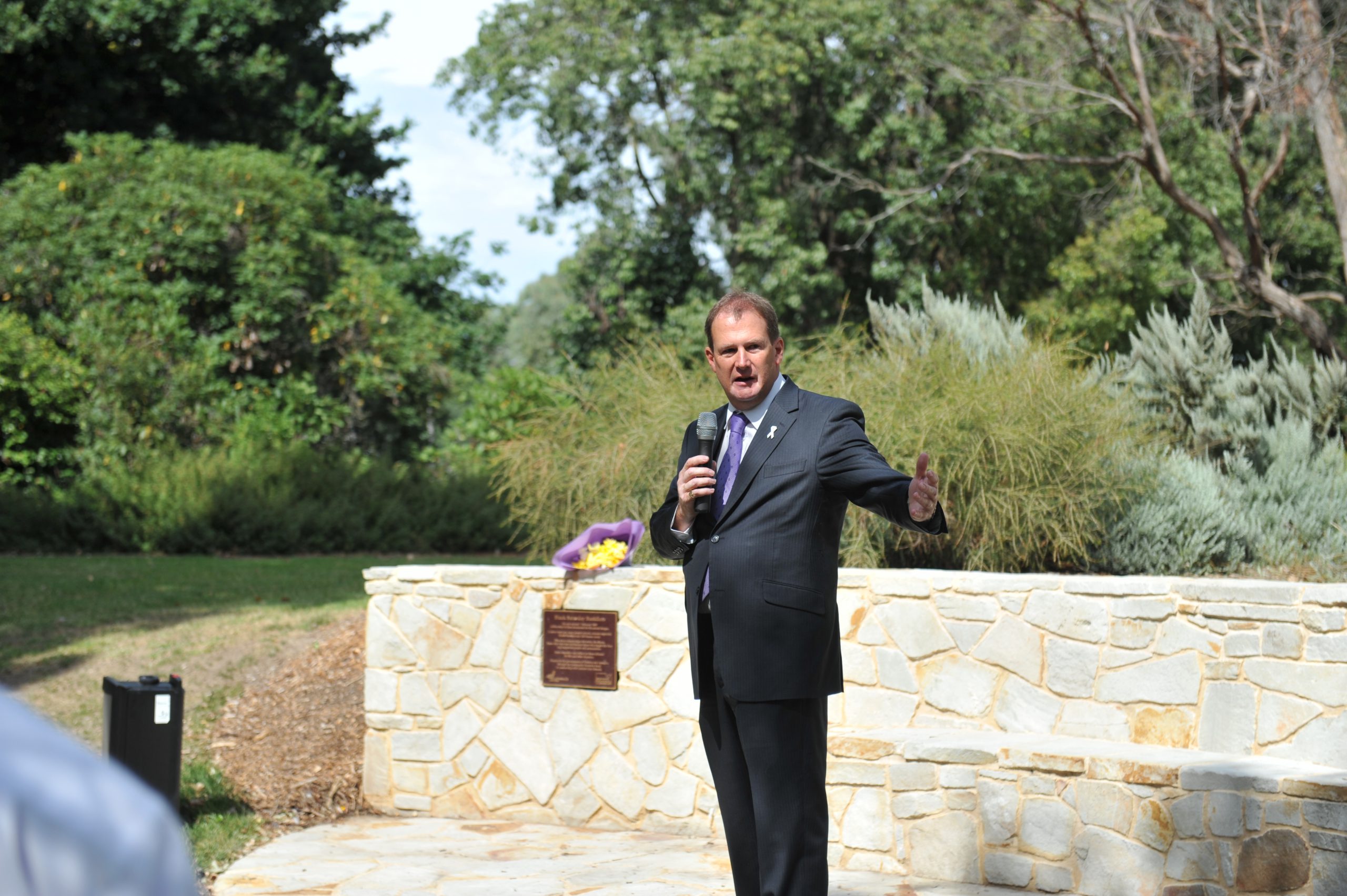 Six years on from Black Saturday, community members and those who lost loved ones joined to remember and reflect at the weekend.

Paying respect and remembering the 11 lives lost and the battle emergency services had on their hands on 7 February, 2009, about 60 people congregated at the reflection space in Victory Park, Traralgon.

Latrobe City Mayor Dale Harriman and Member for Morwell Russell Northe spoke at the opening ceremony and urged others to continue to use the space as a place of solace.

“The ceremony was very understated and very emotional but I think it was another step in the recovery process,” Councillor Harriman said.

“It was very sombre and it was very reflective of where we’ve come to but also looking at it being another step in the process to heal the wounds of the 2009 fires.

“There was a large number of families affected by the fire who turned up, CFA were there and the SES were represented.”

Names of those who died in the fire were not inscribed on the space but in their place were 11 stone slabs, each representative of a life lost.

“I just encourage people to go and have a look at the site and take time to reflect at what was a terrible event in Latrobe City’s history and to treat the site with the respect that is due.

“I think it will be used by a wide range of people, I think it already is.

“It’s good that it’s being opened up not only to families but also other people that may have suffered during an event and have somewhere to go and reflect on that.”