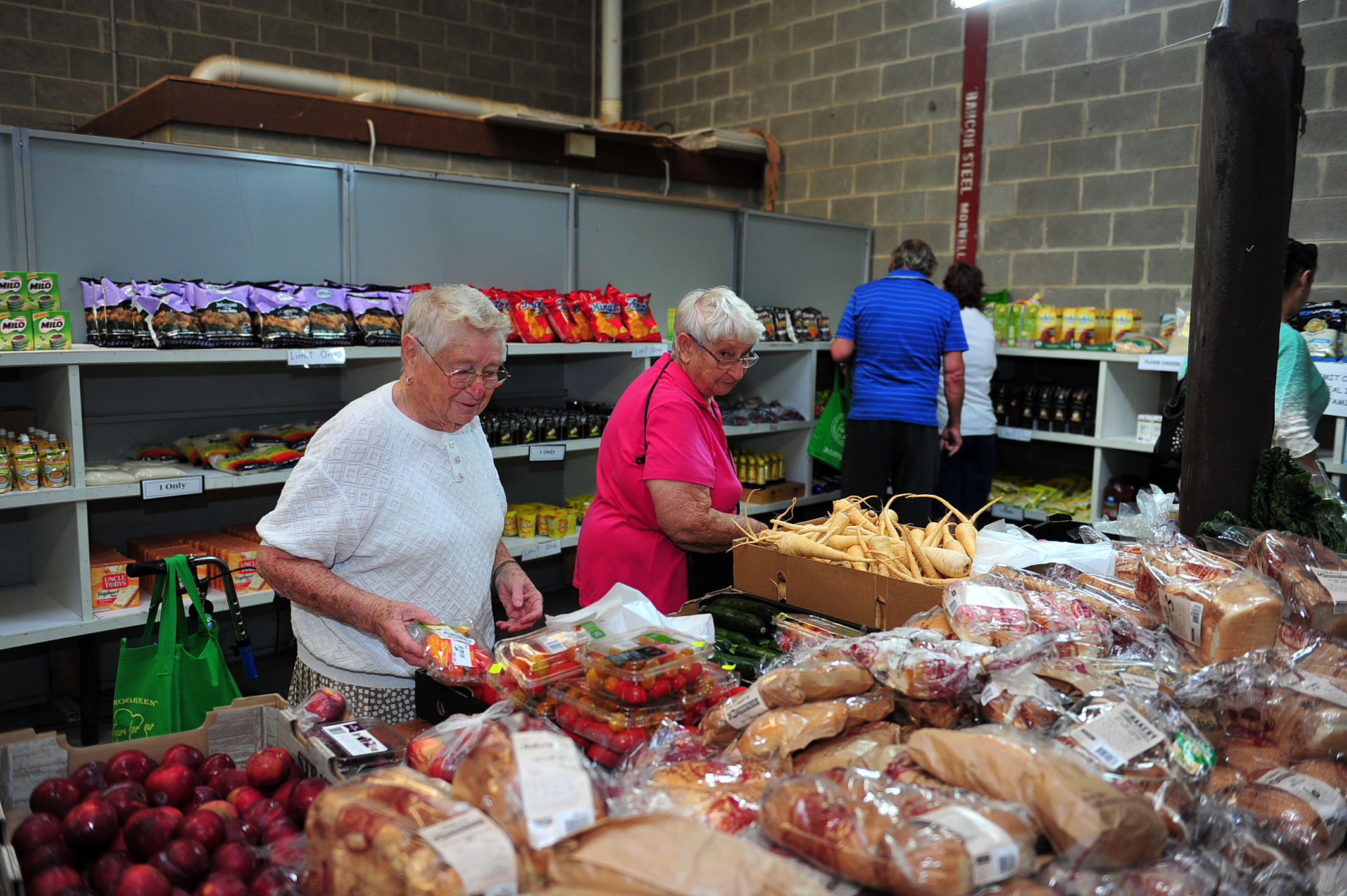 Sometimes you can capture generosity in bag.

For Helen Seales, a mother from Budgeree, driving to Traralgon almost every week to fill her bag with food has helped her weather the storms of life.

Mrs Seales is one of about 100 concession card holders who queue every Tuesday from 10am to 1pm at a warehouse on Standing Drive, to receive goods from Heart Focus Community Care, the charity arm of the Latrobe City Christian Church.

Heart Focus distinguishes itself from other charitable institutions in a way that clients do not receive pre-packed goodies.

Clients are given a green bag they can fill with bread, pasta, rice, fruits, vegetables, sauces, and other items which they may need for a $9 donation.

Mrs Seales said visiting Heart Focus helped make sure her family had food and money left over to provide for her 10 year-old daughter’s needs.

She said her husband was unable to work after falling ill in 2007.

“It helps because the pension only stretches so far and then you have to make ends meet and your first priority is to pay your bills,” Mrs Seales said.

Heart Focus has operated for six years and has served between 4000 and 5000 clients who come from the Valley and outlying areas.

Pastor Scott said the $9 donation covered the church’s weekly lease for the warehouse, rates, and overheads.

He said most of the food items offered came from the Food Bank of Victoria, but there was also a lot they purchased which cost about $1000 a month.

“The reason we ask for a donation is simply to be here next week,” he said.

Pastor Scott admitted there were times the money generated from donations was not enough to cover their expenses, but people from his church have come through to help.

“In the business sense you’ll say you’re going to close shop but in the community sense you say no, the ministry of the church and Latrobe City Christian Church needs to be responsible for it,” he said.

Heart Focus also serves people in emergency cases whether they were concession card holders or not.

This is also a 24 hour-a day service where Pastor Scott and his wife Marivic deliver bags of goodies to people who can not leave their homes and those in “genuine emergency need” for no charge.

“The guideline is yes, you must have a concession card, but for those that don’t have a card but are in an emergency need, we’re not going to say you’re not welcome,” he said.

Pastor Scott added there was no limit for how much a family could take.

He said a family with three concession card holders could have three bags to fill with food.

Pastor Scott believed the program was not teaching people to rely on welfare but provided them with a “kick start to be able to stand on their own”.