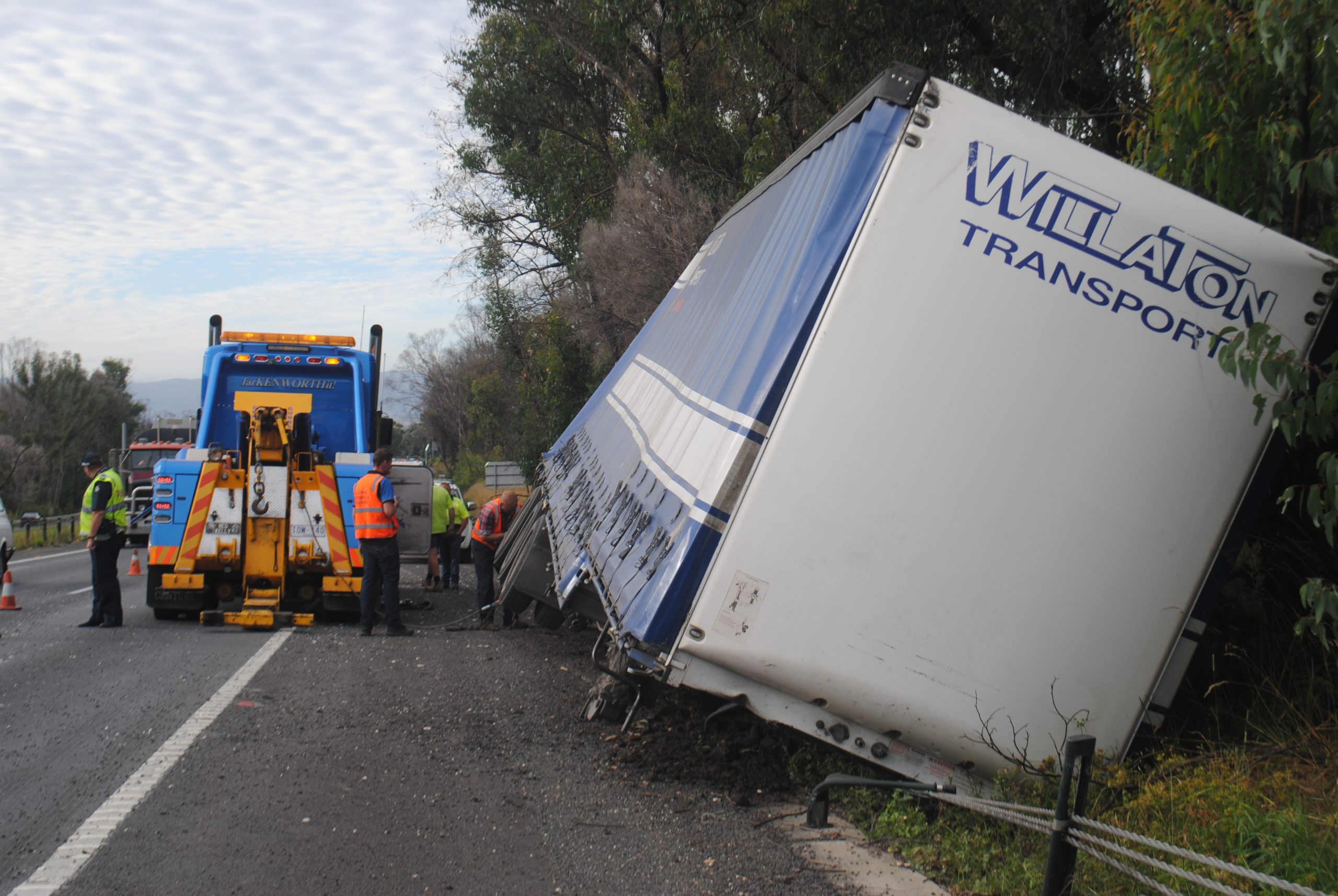 Latrobe Valley commuters experienced traffic delays on Tuesday after a truck lost its trailer on the Princes Freeway between Morwell and Hernes Oak.

A Willaton Transport truck was travelling along the freeway’s westbound lanes between 7am and 8am, when the trailer came loose.

Latrobe Highway Patrol Leading Senior Constable Shane James said the driver did the right thing by pulling over to the emergency lane.

“VicRoads have had a look at the vehicle and can’t determine any faults with the truck,” Ldg Snr Const James said.

“It had just come loose for some unexplained reason.

“The driver has done what he’s supposed to do – he pulled over to the left and it hasn’t hurt anyone, so it’s all good in that respect.”

Victoria Police led the clean up yesterday, which involved two specialised cranes travelling from Melbourne to lift the truck from the road.

Police closed one westbound lane about 8am and detoured traffic to travel parallel to the freeway once the clean up began.

“The equipment had to travel from Melbourne and arrived on the scene around midday,” Mr Lawrence said.

“The trailer was stopped by the wire rope safety barrier, and had to be cut free.

“Once the trailer was removed, VicRoads crews worked to clear the site before the road was reopened by police.

“VicRoads apologises for any inconvenience.”

Police reopened the freeway about 4.30pm and the traffic flow soon returned to normal.

Ldg Snr Const James said there would be no further investigation into the cause of the incident.