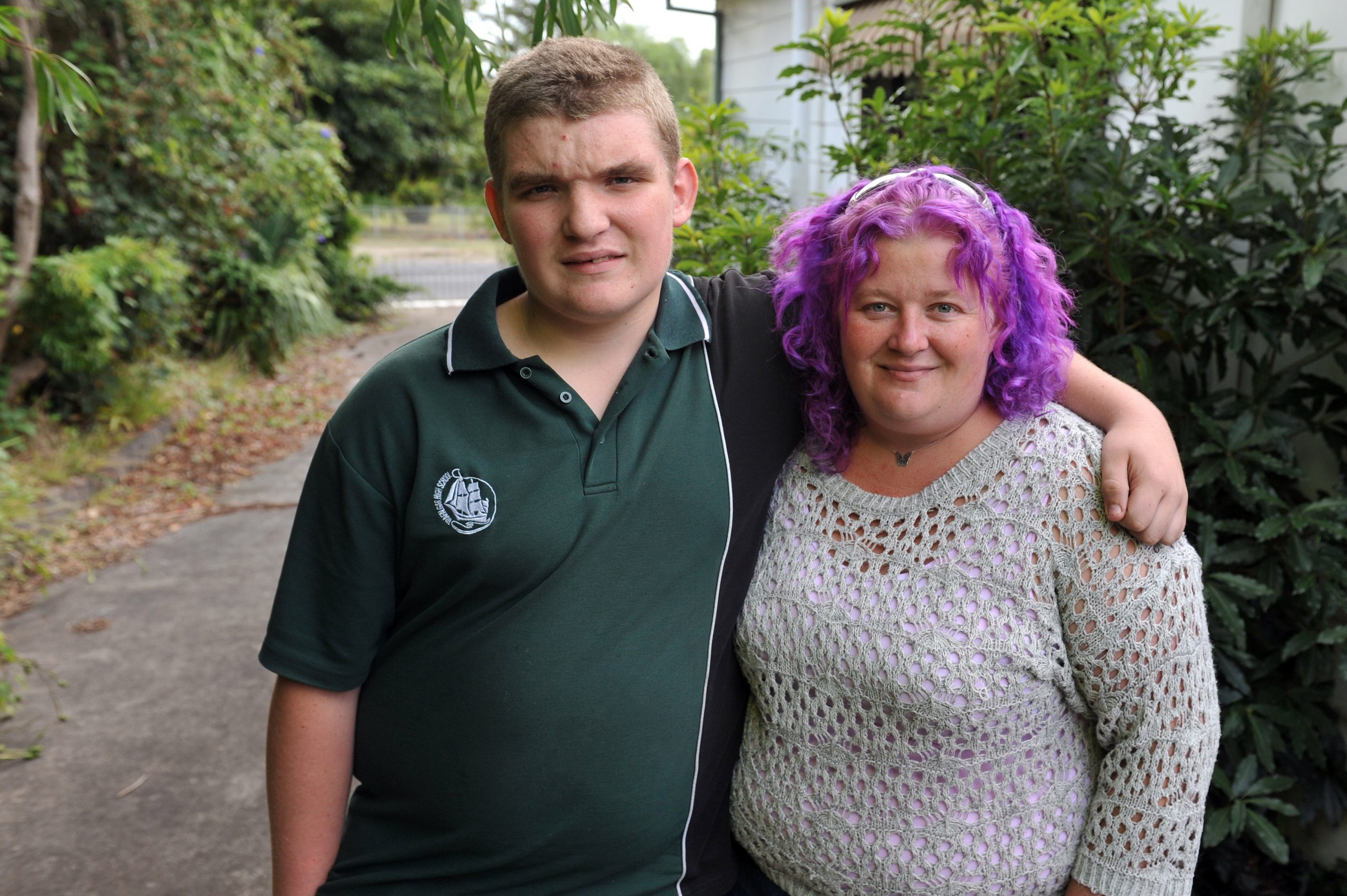 A Moe mother and son remain scared for their safety after their car was set alight two weeks ago.

Sandy Nash lay asleep unaware as her car was engulfed in flames.

Woken up at 3.45am by a neighbour, Ms Nash was shocked to see the orange glow coming from her backyard and firefighters running through her gate.

“It was horrifying because we were asleep when it happened and we’re very heavy sleepers, so we didn’t hear anything but I heard someone knock on my front door,” Ms Nash said.

Ms Nash’s son 13 year-old son Zander slept through the ordeal, but has since worried about his and his mother’s safety, and hopes they can save enough money to move out of their rental property soon.

With no idea who could have set the vehicle alight, Ms Nash said she was counting the days until she was able to vacate the High Street property.

“I’m constantly checking the doors and making sure things are locked. I have a baseball bat next to my bed because I’m scared,” Ms Nash said.

“It’s sad because I struggle, I work casually so we don’t have a lot and it was the only car I had. My insurance premiums were quite high so I couldn’t afford it because it was more than what the car was worth.”

Zander is currently enrolled in the Selected Entry Acceleration Learning program at Trafalgar High School and is hoping to find a house in Trafalgar or close to the Moe Railway Station so he can walk to school or to the station.

“We were quite happy here, we don’t talk to the neighbours, but they seem friendly enough,” Ms Nash said.

Ms Nash said Zander had become very protective of her and had been reluctant to leave the house.

“It’s made me wary of the fact that things like this can happen,” Zander said.

“If we hadn’t woken up we could have been seriously injured or killed because most of this house is made of wood so it would catch quite quickly.”