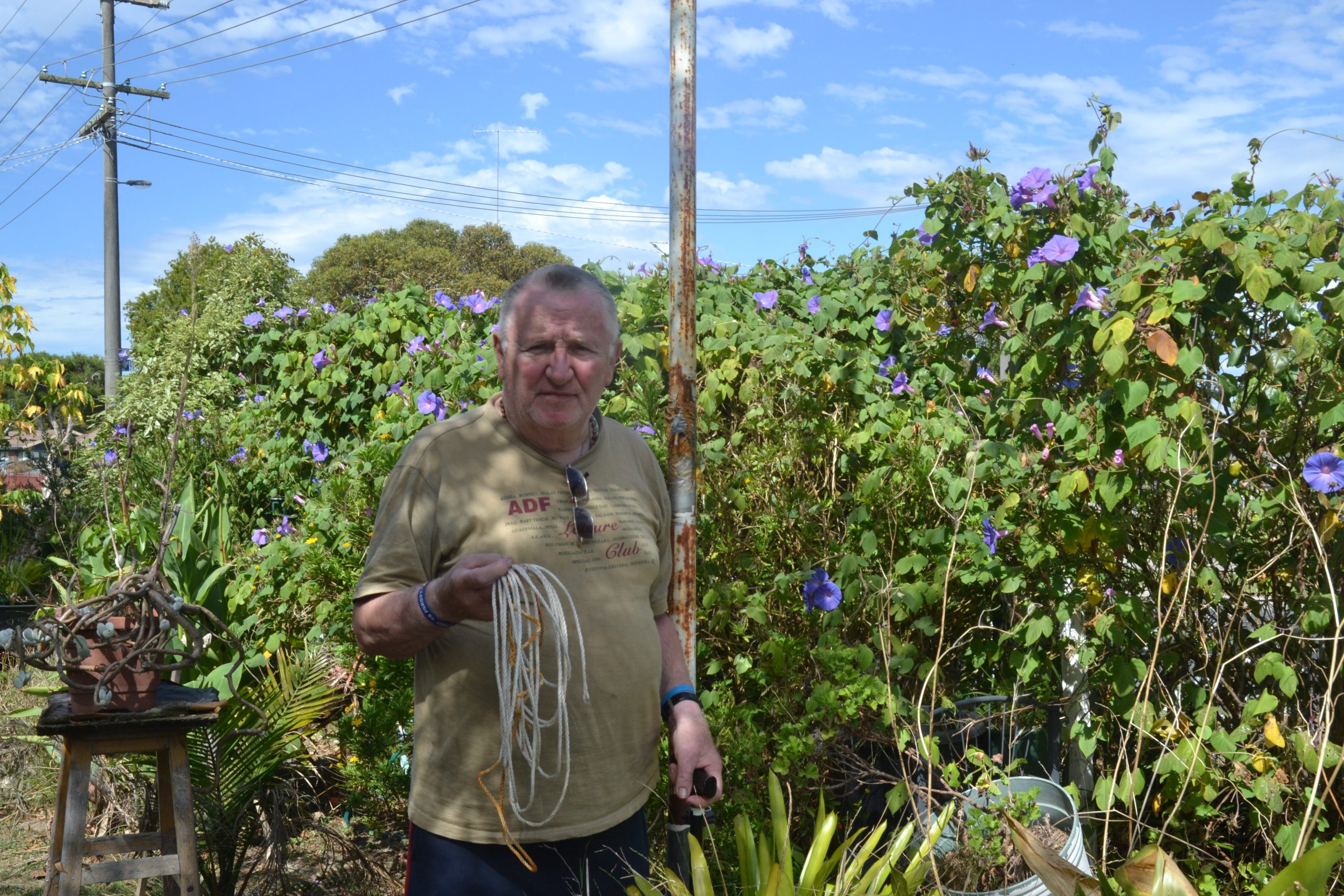 A Vietnam veteran whose Australian flag was stolen from his front yard last week says the incident has left him feeling “empty”.

Colin Bermingham heard his front gate rattle on Wednesday night about 8.30pm and went outside with a torch to investigate.

The Morwell resident discovered the rope from his flagpole cut into pieces on the ground and the flag missing.

Mr Bermingham said he heard people running down the road.

“All I ask is whoever took it, can they please fold it up and put it in my letterbox,” he said.

“I get very emotional about it.”

Mr Bermingham served in the Vietnam War from 1967-68 and has been flying the Australian flag in his front yard since 2002.

“It’s a landmark here. Everyone knows the house with the flag and white picket fence,” he said.

“It’s the first time I’ve had an incident like this.

“I just want my flag back.”

Seventy-one year-old Mr Bermingham, who has prostate cancer and bone cancer, said if his flag was returned or replaced, he would need assistance reassembling it on the 10 metre-high flagpole.

He has reported the incident to police.