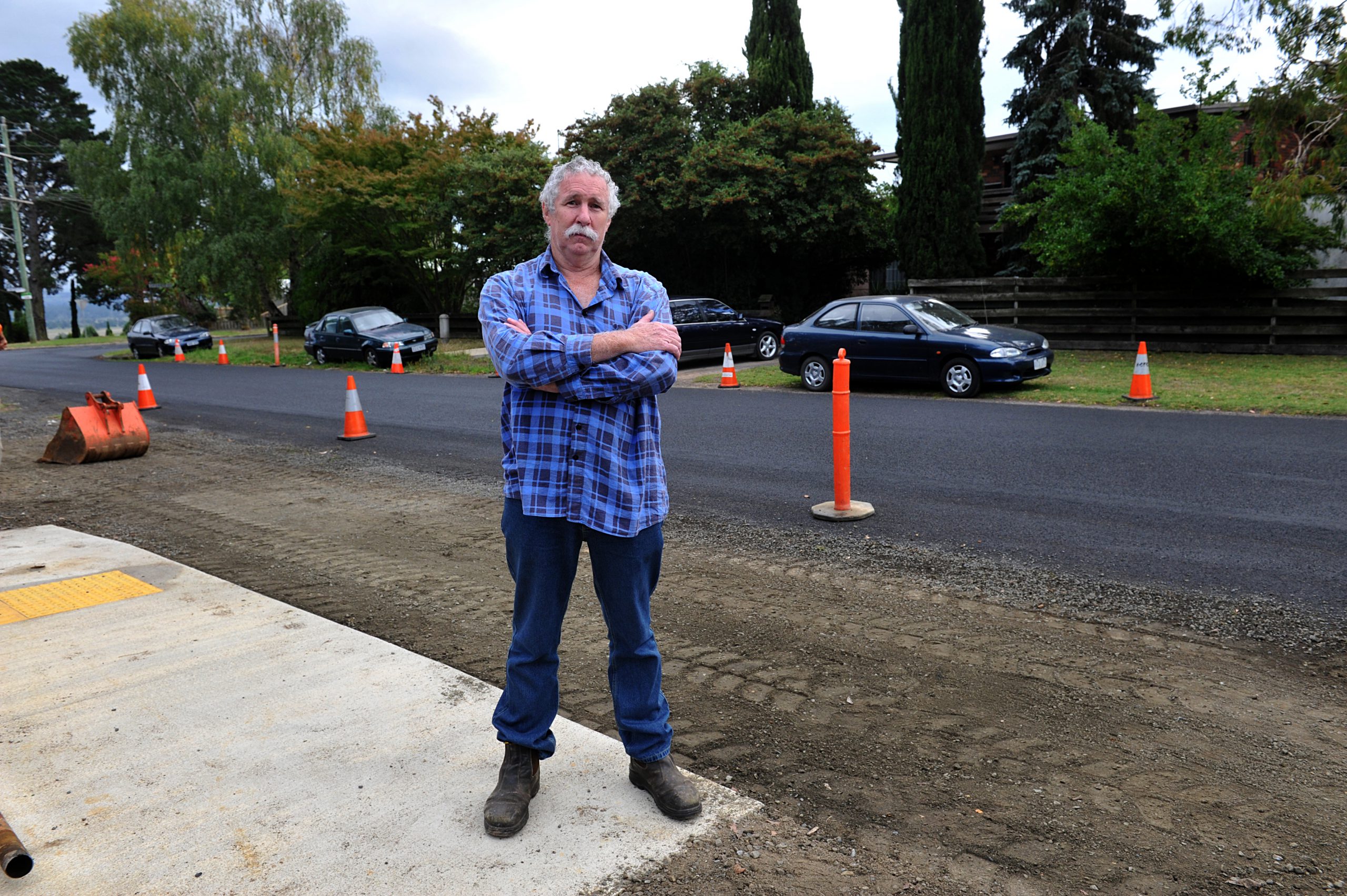 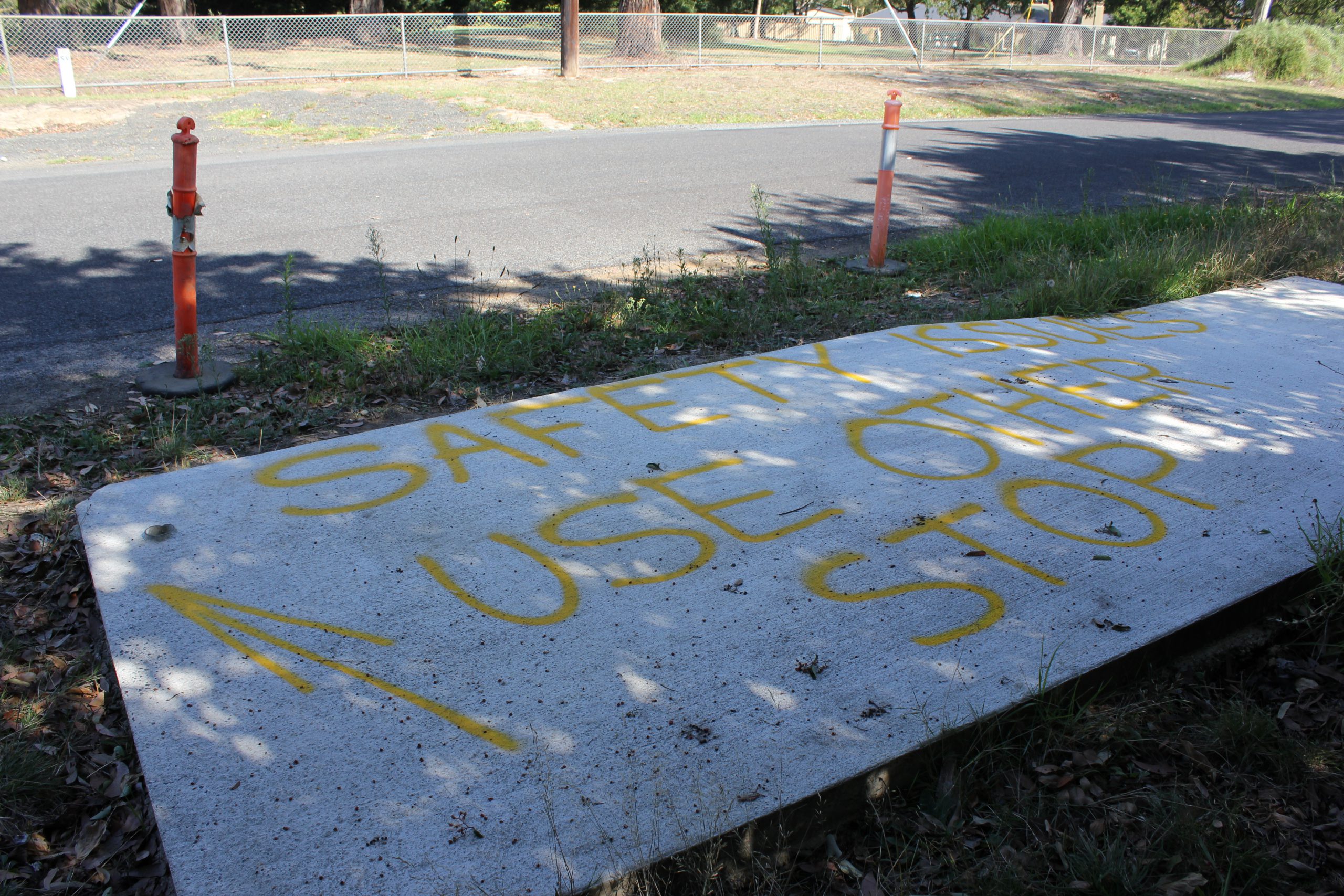 A slab of concrete left stranded in the middle of a Moe nature strip is the first sign that something may be amiss.

In yellow spray paint, ‘safety issues, use other stop’, has been inscribed on the 6.2 metre by 2.2 metre surface, flanked by two orange safety poles.

The ad hoc safety measures are the handiwork of long-time resident Robert Ewen, who has been battling Public Transport Victoria to stop the construction of bus infrastructure outside his home in Cemetery Road for more than two years.

He said the slab had been left abandoned for months and the bus stop had made it illegal for residents to legally park outside their properties.

A similar stop constructed on the opposite side of the road, formerly used as a parking area by patrons of TB Drew Park, has added to frustrations.

When PTV completes the project, including a 35-metre crushed rock bay adjacent to the slab, Mr Ewen will also be unable to park in his driveway.

“The bus passes twice in the space of two minutes daily every two hours. There is no need for two stops at this location,” Mr Ewen said.

“They’ve all looked at it and said ‘we can’t understand what’s going on’,” Mr Ewen said.

He said contractors were also baffled by the magnitude of the works.

“I tried to negotiate with PTV, and said if all you want is a bus stop, put a small slab of concrete on the edge of the road, if there has to be a stop here at all,” Mr Ewan said.

A PTV spokesperson said the existing bus stop at Cemetery Road would be upgraded to be DDA compliant and include an indent off the side of the road to allow the bus to safely stop.

“Bus stop locations are selected based on safety, bus type and passengers, and PTV believes the current proposed location was the most appropriate,” the spokesperson said.

“PTV has listened and responded to residents’ feedback on the bus stop, and has carefully considered and adjusted plans to better accommodate neighbours of the existing bus stop that is being upgraded, including ensuring residents’ can still access their driveways.”

Latrobe City Council recreation and community infrastructure general manager Stephen Piasente said the location of the bus stop had been brought to his attention and he was being briefed on all aspects of the matter.

“I have visited Mr Ewen on site to personally view the location and I have had preliminary discussion with PTV in relation to the process that led to the approval and installation of the stop,” Mr Piasente said.

He said he would seek further discussion with PTV and would advise Mr Ewen about the outcome of those discussions.