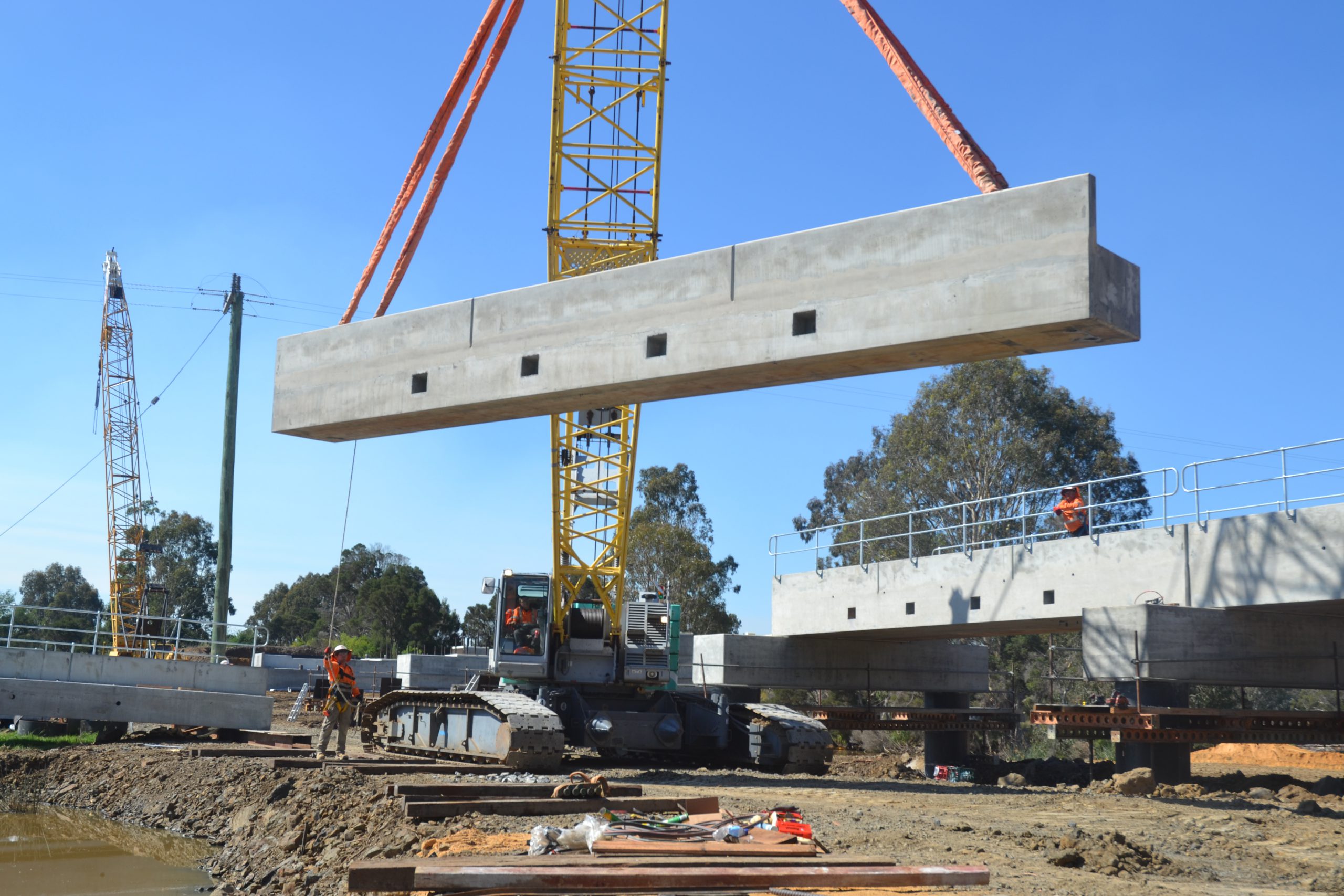 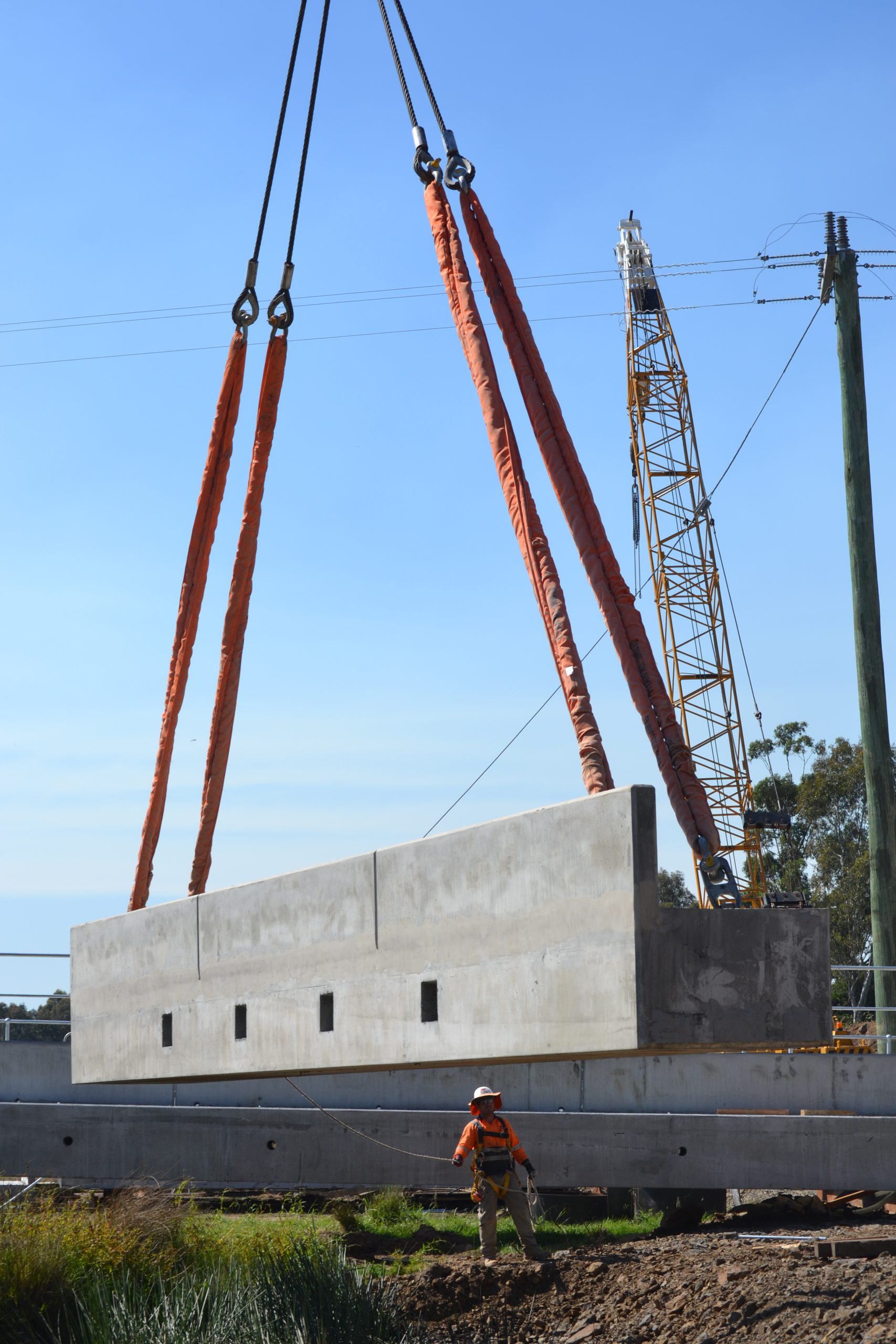 The train line beyond Traralgon may be temporarily closed, but V/Line crews are as busy as ever at the Latrobe River crossing east of Rosedale, where replacement of a 100 year-old bridge is well underway.

On Monday a new 87 metre bridge was beginning to take shape, as lift crews slung 30-tonne concrete beams into place, contributing to a total project weight of 1000 tonnes of concrete.

“Pre-casting has been done off site and (we are now replacing) the existing timber structures,” Mr Taifalos said.

Located about 200m west of the actual Latrobe River crossing, the repair section is flanked by wetlands which become inundated with up to two feet of water in wet weather.

Crews have been on site since January in preparation for this week’s lift, which included the mammoth task of driving eight steel pylon shells 30m into the ground, before reinforcing them with concrete.

The bridge replacement comes as part of $11.5 million worth of upgrades along the line, due for completion before the line’s reopening on 12 April.

Other works will include the replacement of 27,000 timber sleepers along a 100 kilometre stretch, and the upgrade of tracks and road surfaces at nine crossings.