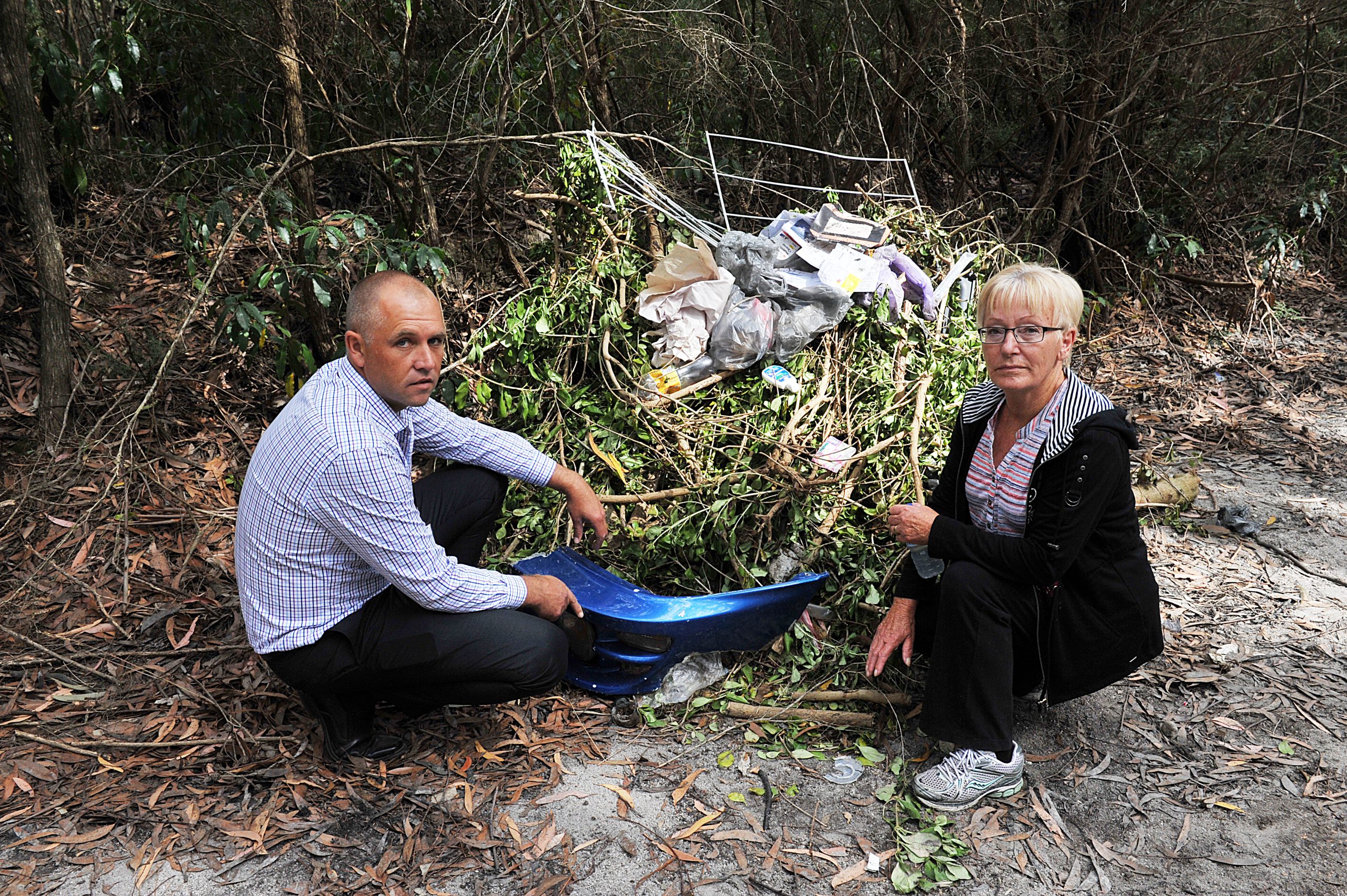 Anne Roberts, a member of the Crinigan Road Bushland Reserve Committee and ‘Friends Group’, said she found garbage bags of household rubbish and hard rubbish on the track between the Morwell Golf Club and Maryvale Road after a “wonderful” ‘Clean Up Australia Day’.

Ms Roberts said HVP offered three volunteers, a bob cat and truck to remove three truckloads of rubbish around the track on 15 March.

“It was horrendous. Without HVP we would be still picking up now… it was shiny and clean, but more rubbish has been dumped again,” Ms Roberts said.

“It’s quite disheartening to see so much rubbish already there.”

She said she believed the track was a problematic area as it once served as Morwell’s local ‘tip’.

Ms Roberts said with so few Crinigan Road Bushland Reserve Friends Group volunteers to clear the rubbish, it hampered their abilities to do various things including track cleaning, weeding and planting.

Anyone interested in volunteering at the Crinigan Bushland Reserve should phone Anne Roberts on 5134 8056 or email anne@melindaroberts.com.au