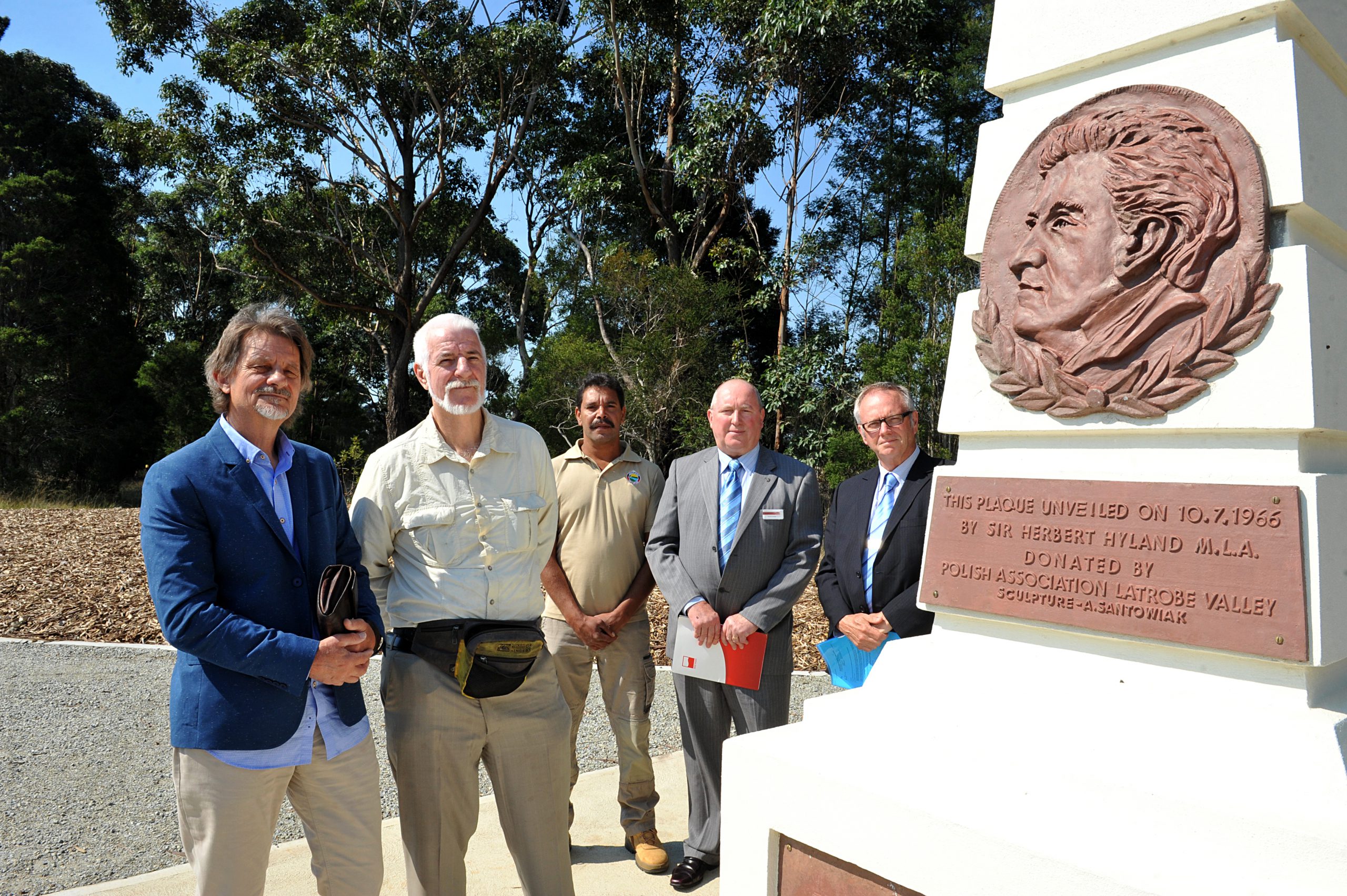 An historic marker marker acknowledging the path of one of Gippsland’s first explorers has been preserved as part of the duplication of Princes Highway East.

The marker is one of seven memorials in Gippsland in recognition of Polish native Paul Strzelecki’s exploration of the region.

On Wednesday, the approximate 10-tonne sculpture was unveiled, after being relocated with a special steel cradle to make way for the new lanes of the Princes Highway between Stammers and Minniedale roads.

VicRoads south eastern projects director Charlie Broadhurst said VicRoads decided to shift the monument some 250 metres down the road after realising it would be affected by road works.

“It’s a safer location for people who want to pull over off the side of the road that want to have a look at and we decided it should be restored,” Mr Broadhurst said.

He said the cement render had been repaired and repainted.

The plaques fixed to the memorial in 1966 were also restored.

“It was an opportunity to do something about heritage and we consulted with the Traralgon Historical Society and the Polish community about shifting it.

“We think we’ve enhanced it as a place compared to where it was and I think it’s a good feature of this project.”

The memorial was originally erected in 1927 and was restored in 1966 by the Latrobe Valley Polish Association.

Polish Community Council of Victoria’s Marian Pawlik said the council was extremely grateful to VicRoads for undertaking and completing the restoration of the commemorative obelisk.

“This is a very important day not only for Polish people, but for everyone. Today we are preserving a small part of Australian history,” Mr Pawlik said.

Parking has been provided at the new location to allow visitors to view the memorial.