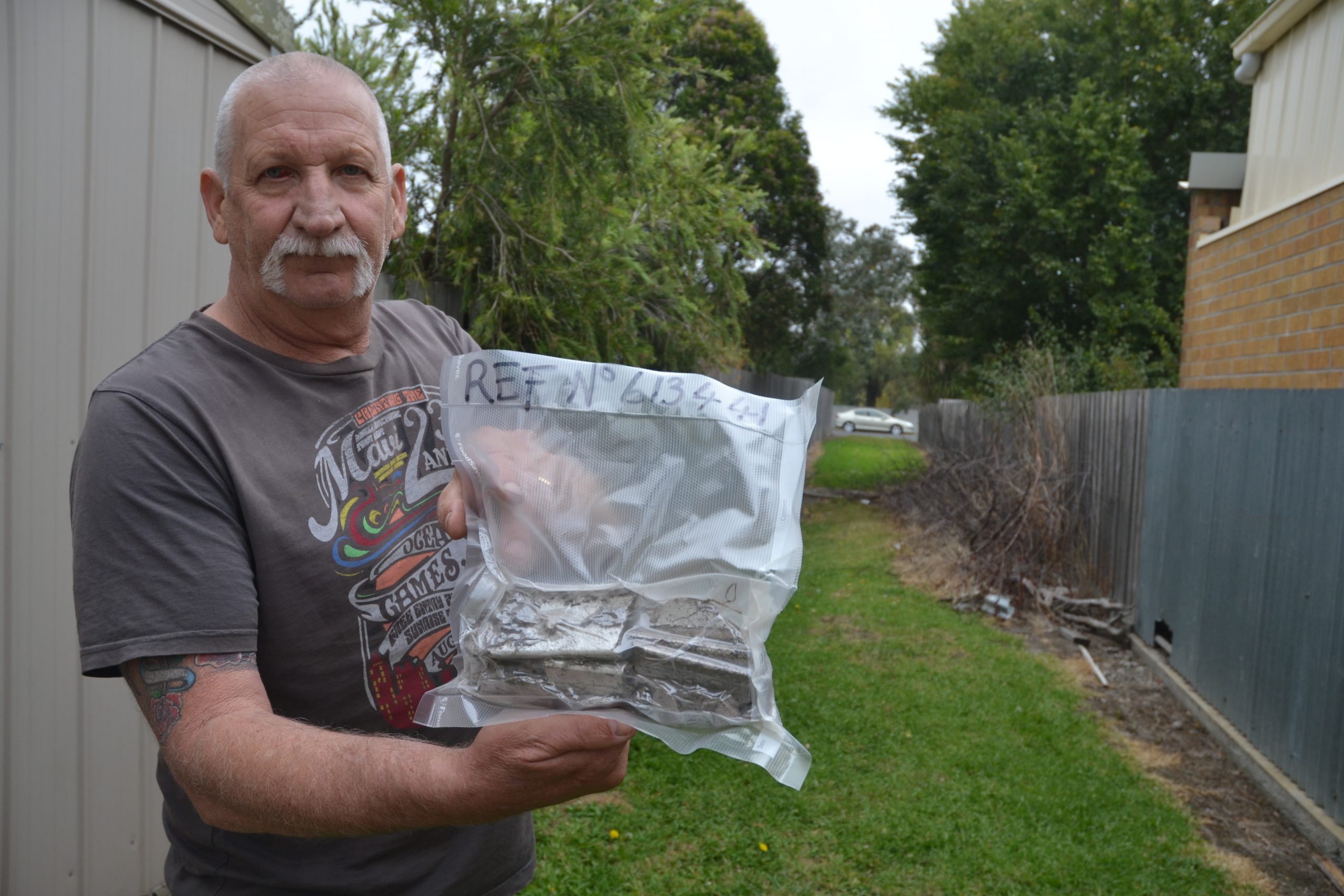 A Morwell man’s efforts to hold Latrobe City Council to account over a “botched” asbestos clean up in a residential laneway appears to have fallen on deaf ears.

Power industry rigger Jim Gore chastised council over its response to an asbestos scare which allegedly resulted in the carcinogenic material cut to pieces by a council-operated lawnmower.

Despite making a formal complaint and taking his frustrations public through The Express almost two weeks ago, Mr Gore was yet to be contacted by council over the matter on Friday.

“If they are trying to keep a low profile on this I’m not going to let them,” Mr Gore said.

“In light of what happened I would’ve thought I would have been by now, and at the very least given an apology for they way they’ve handled it.”

The alleged ordeal began on 17 February when Mr Gore found asbestos joining strips dumped in the laneway behind his house.

More than a month later, his complaint had been addressed by three separate council representatives, one of which initially denied the dumped material was asbestos, and pieces of material remained in the alleyway.

Mr Gore alleges the material was also chopped up by a council lawnmower after making his initial complaint.

“Further to all of that, I’ve still got concerns about the guy who had come to my place and tried to clean it up himself. He was not a registered contractor, so how did he pick it up, where did he take it, and under what circumstances,” he said.

Mr Gore called for an urgent review into council’s asbestos handling and awareness procedures for employees and contractors.

The drawn out response has been condemned by Gippsland Asbestos Related Disease Support group secretary Vicki Hamilton, who said she was disappointed considering council’s track record of asbestos handling.

“I’m quite shocked about this to be honest, considering the people I’ve worked with in council know full well the dangers of asbestos,” Ms Hamilton said.

“I would’ve thought they would’ve taken the responsible attitude. I don’t know of many incidences where they’ve just ignored someone like this. The incident has really let the team down here.

“It doesn’t matter if it’s a little or a lot. They should have cleaned it up after he made first contact.”

The State Government has tightened removal and replacement guidelines for asbestos laden pipes which in the past have left the carcinogenic material exposed and buried in the ground.

Under the renewed guidelines announced by the government last week, any asbestos waste created by pipeline removal or replacement must be disposed of in accordance with occupational health and safety regulations.

“The new guidelines are clear – if corporations continue pipe bursting, they must ensure all asbestos-cement fragments are removed and disposed of,” finance minister Robin Scott said.