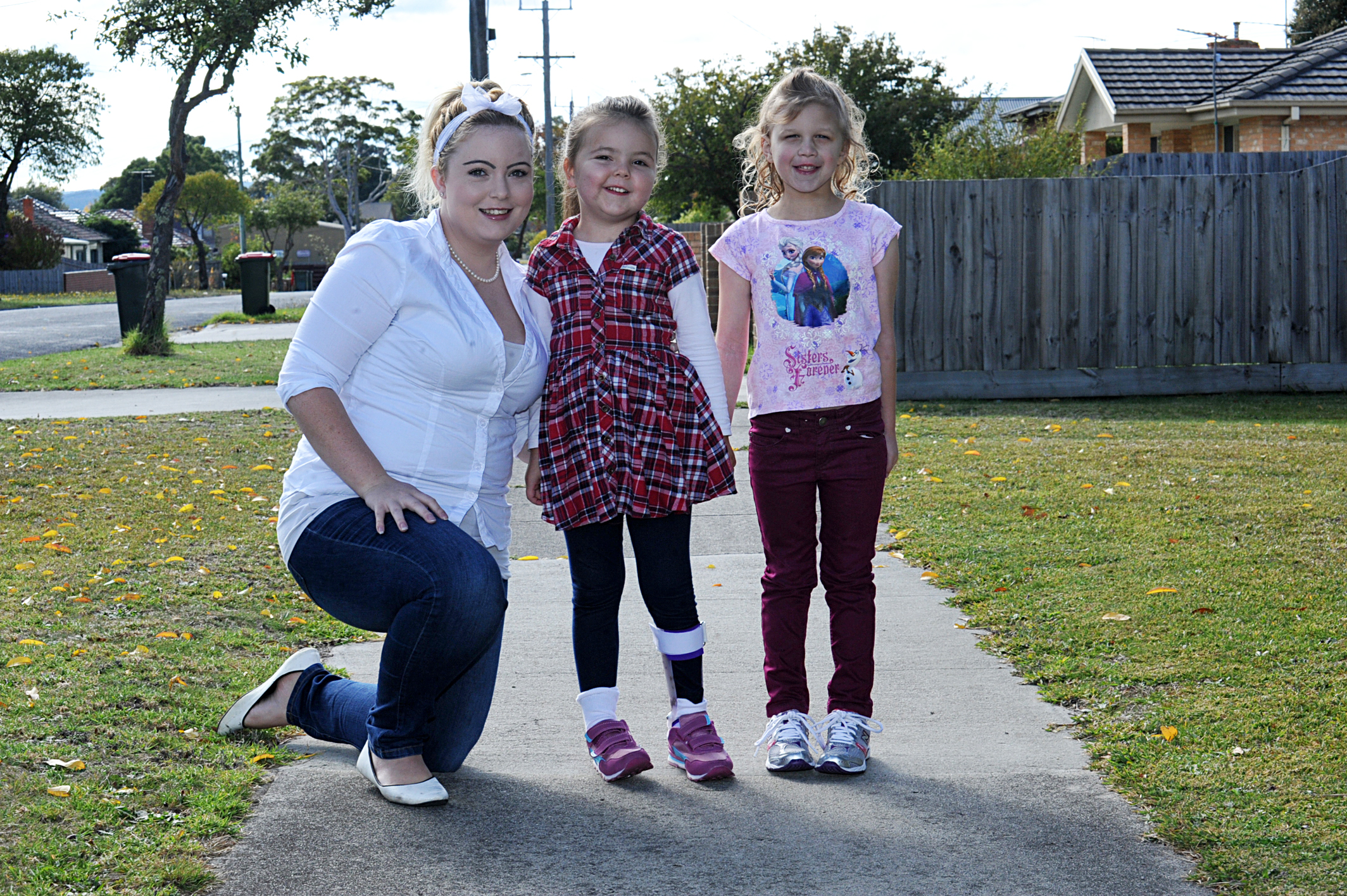 HARMONY Hoskin is five years old and has a smile that could brighten anyone’s day.

Her favourite hobbies include arts and craft and she’s aspiring to become a tap dancer. Her most recent feat was starting prep at St Mary’s Primary School in Newborough.

That was where her world turned upside down on Thursday, 26 February, when a stroke suddenly paralysed the entire left side of her body.

“It was at the end-of-day assembly and her whole left side was paralysed – she couldn’t move at all and that’s when they called the ambulance,” Harmony’s mother, Shanay Hoskin, said.

“There was no warning – the teacher said she skipped to assembly half an hour beforehand and she was laughing.

“Even that morning, she was laughing, giggling and saying, ‘yay, school’. I’ve told everyone the worst she has had is a cold.”

Harmony was flown to the Royal Children’s Hospital, where doctors diagnosed her with Vasculitis, meaning she had unhealthy blood vessels and damaged nerves in her brain.

Staff and families of St Mary’s did not hesitate to help the Hoskin family, instantly setting up a ‘Friends of Harmony’ Facebook page to raise awareness and funds for ongoing treatment.

“The school community has been amazing – they’ve gone far and beyond what I would have expected,” Ms Hoskin said.

“I didn’t expect anything, I was happy with ‘get well soon’ cards, but they’ve done a lot more than what I ever thought any school would do.”

The school has set up a bank account into which the general public can donate funds, but Ms Hoskin said the money was not her main concern.

“It helps, but my main concern is raising awareness that it (stroke) can happen to anyone,” she said.

“People need to realise it may seem rare, but it is more common than what we really think.

“Just cherish what you’ve got with your children and their health and be careful, because stroke can hit anyone at any age.”

The National Stroke Foundation found more than 110,000 Victorians were living with stroke in 2014, with a stroke occurring every 10 minutes in Australia.

Although childhood stroke is rare, with one in every 50,000 children affected worldwide, about 20 to 40 per cent of child survivors will have recurring strokes.

It is estimated between 50 and 85 per cent of stroke survivors will be left with long-term challenges, including epilepsy, movement disorders and learning disabilities.

Ms Hoskin said Harmony’s recovery had been amazing, with doctors expressing their surprise with her rapid progress.

“She’s made great strides, but it’s too early to tell whether Harmony will be able to ever fully use her left arm.”

Harmony uses a splint to help with short walking distances and requires a wheelchair for further lengths. She now completes exercises four times each day and has regular two-hour rehabilitation sessions with a specialist RCH team based at Latrobe Regional Hospital.

She also takes three types of medication each morning, and half a tablet every night.

Ms Hoskin will meet with staff at Harmony’s school to organise one-hour sessions for her gradual return to prep after term two begins next week.

“I’m looking forward to seeing all my friends,” the five year-old said.

To see how you can help the Hoskin family, visit the ‘Friends of Harmony’ page on Facebook.