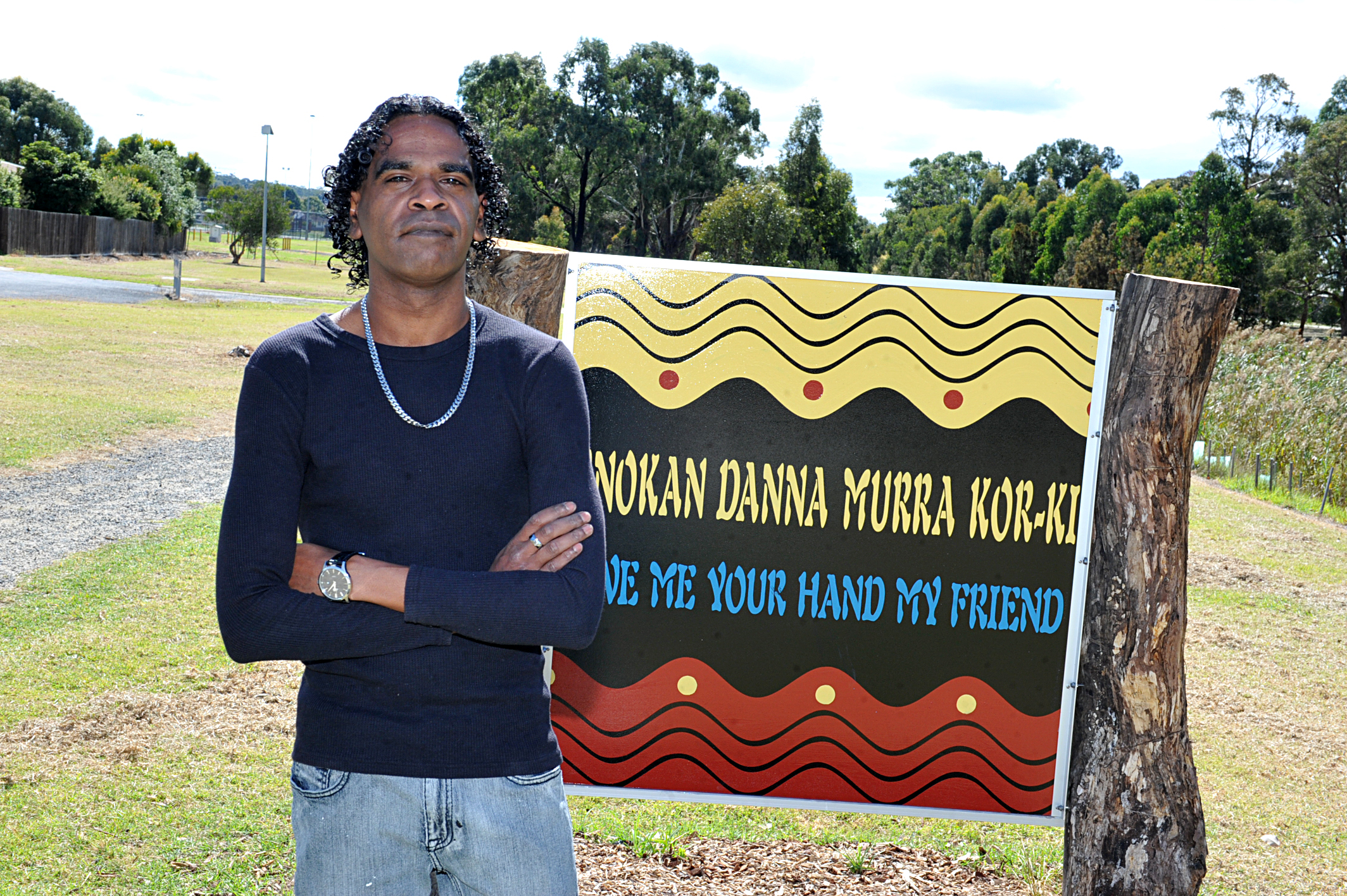 ABORIGINAL artwork along Morwell’s Waterhole Creek has been vandalised with graffiti just a few months after it was installed.

Mr Van der Zalm said he was delighted when he first noticed an Indigenous mural and wooden artistic poles installed near his home, and was shocked to find them damaged.

“I felt sick to the stomach to see that people could do such a thing,” Mr Van der Zalm said.

“As a society, we should have respect for one another.

“The more we find out about one another’s culture, the richer we become.”

The Morwell resident of 64 years was not sure who was responsible for maintaining the artwork, but contacted a local Aborigine centre to prevent “discouragement”.

“It takes courage to put that sort of cultural thing up and for it to be damaged like that, it would be so discouraging for the indigenous people,” Mr Van der Zalm said.

“I felt for them – hey, here we are in the Latrobe Valley, recognised as a friendly society for all newcomers, and here’s what we’re doing to our own people.”

Local indigenous artist Ronald Edwards created the pieces, which were installed along the walking trail to showcase Aboriginal culture and educate the wider community.

“I’m not a traditional land owner, but I just like to create the art, break down the barriers and do stuff for the Aboriginal and wider communities,” Mr Edwards said.

“I’m breaking down the barriers of two cultures – the Western and Aboriginal worlds – to come together, communicate and share the culture of Aboriginal people.”

Mr Edwards has also entwined traditional culture into contemporary art, creating two boards with paintings of a goanna and a snake in the rain.

The born and bred Morwell artist is working as an Aboriginal support officer at Latrobe Regional Gallery while completing his Bachelor of Arts degree at Federation University, Gippsland.

He said the vandalism was an example of the disrespect some people had towards other cultures, which could only be tackled with the kind of artwork he was displaying.

“That (graffiti) has no respect for what people are trying to do in breaking down the barriers,” Mr Edwards said.

“In the future, it would be great if they would respect what the artist is trying to do for the community and all cultures.”

Each board has been sprayed with anti-graffiti proof and will soon be accompanied with explanatory writing about what each painting represents.

As for Mr Ronalds, who aspires to become a nationally-recognised artist, his message to the community is simple.

“Having that graffiti nonsense out there for the public to see is not right,” Mr Ronalds said.

“I’m not going to get upset over it, because it doesn’t bother me much and I’ll keep doing what I’m doing to move forward in the future.”

An official opening ceremony for the Indigenous walk is also in the pipeline.