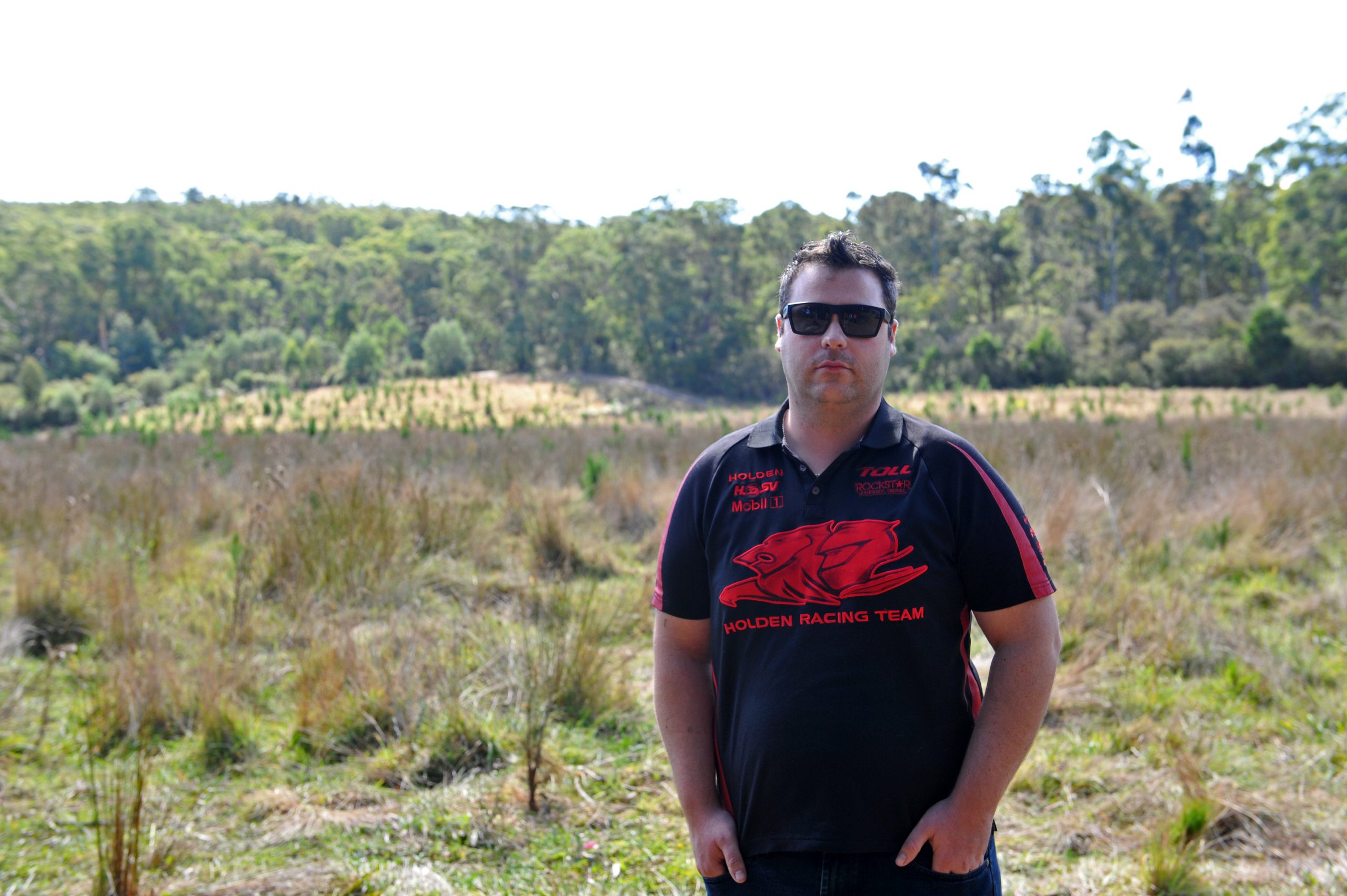 A YALLOURN North man who was allegedly shot in the back on Easter Saturday is hoping the culprit will come forward.

Dane Difresco was camping near Glengarry over the Easter weekend when he woke to the sound of what he believed was a gunshot and a sharp, warm sting in his back.

“I’ve been shot” were the words he screamed to his brother and partner Jessica Furney when he saw a four-wheel-drive about 150 metres away at 4.30am.

Mr Difresco said he was lying on a blanket a couple of metres from a campfire while Ms Furney and her daughter were in a tent three metres away from him.

“The thing that was suspicious, as soon as I yelled out ‘I’ve been shot’ they turned off their headlights and went back up the track,” Mr Difresco said.

Ms Furney said she had woken shortly before the noise of the gunshot to her dog barking and a spotlight flashing over her tent twice.

“I reckon they would have been able to see there was a tent and the car,” Ms Furney said.

With no bullet fragments found in Mr Difresco’s body, police searched the scene for evidence.

“It’s just lucky no one else was hurt and that I wasn’t lying the other way,” Mr Difresco said.

Mr Difresco said police believed an object may have exploded in the fire causing his injury, but he maintained nothing other than wood and aluminium cans were in the fire.

Intending to start a new job last Tuesday, Mr Difresco said his injury had not only caused him pain, but had also impacted on his ability to start his new career.

Ms Furney said the trip was her five year-old daughter’s first time camping, who has since said she never wanted to go camping again.

“It’s scary, we were in the open, we don’t want this happening to anyone else,” Ms Furney said.

Anyone with information in relation to the incident should phone Crime Stoppers on 1800 333 000.