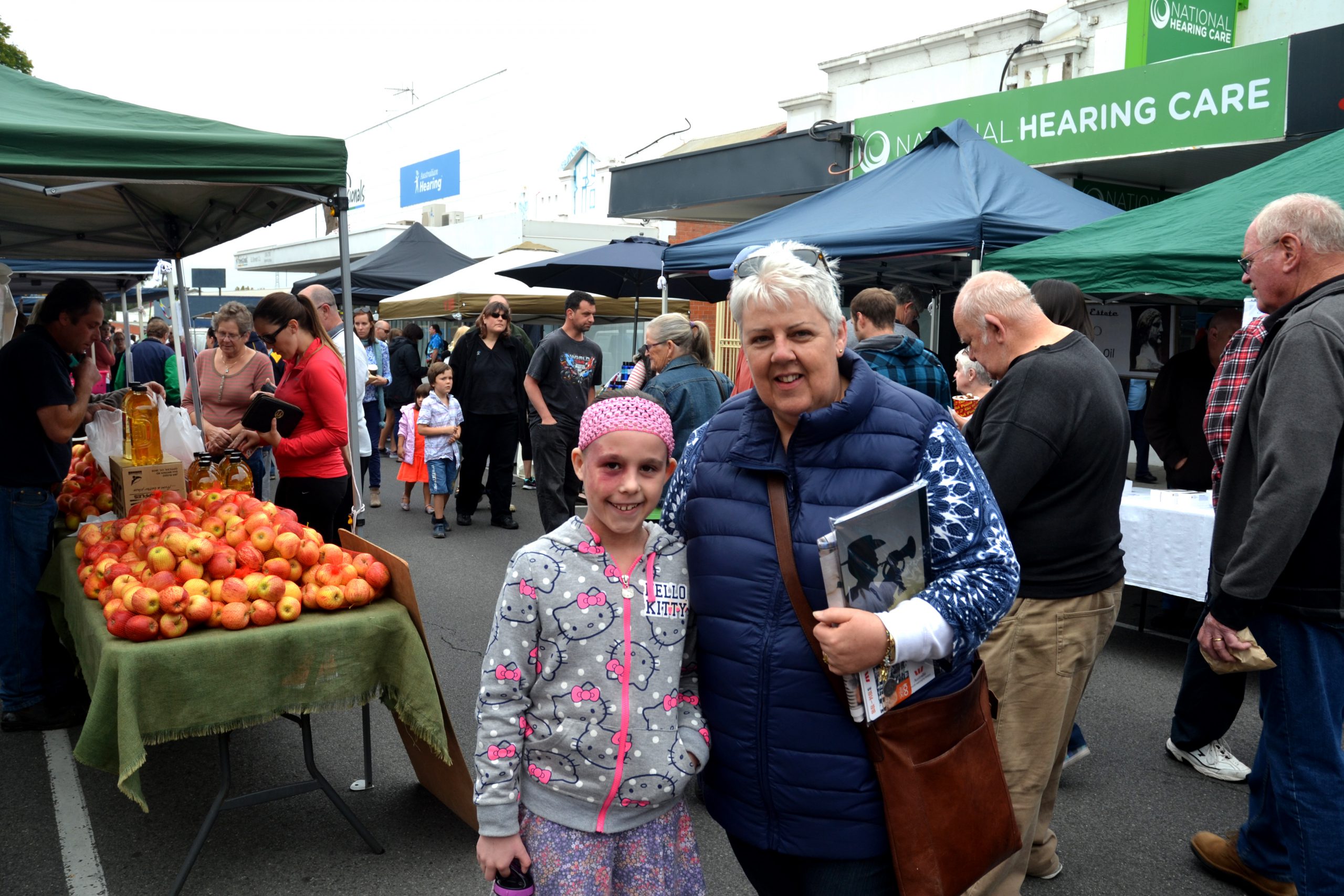 STALL-holders, organisers and market-goers all agreed on one thing at the weekend – Morwell’s first 50 mile farmers market was a success.

Soap, candles, vegetables, meat, bread and spreads were among the array of produce on offer for a crowd that surprised stall-holders with its numbers.

Chris Harms from Yarragon’s Hope Farm sold out of his organic bread range by 10am – a show-telling sign of the local support to reactivate the city centre.

Co-organiser Sue Gill said people had flocked to the market earlier than expected, with three other stalls selling out by 11am.

“It’s been amazing and people are loving it,” Ms Gill said.

“The stall holders are really happy, because people are buying early, so we’re hoping and we think they’ll be back.”

“People are being incredibly supportive of the market and the stall-holders have been fantastic.”

Ms Gill said about six stall-holders could not make it due to other market commitments, but aimed to continue expanding the stalls lining Tarwin Street.

The Morwell market is planned to be held on the second Saturday of each month, on the proviso enough stalls remain committed.

Lynton Azlin, who volunteers at Morwell’s Church Street sunflower site, said it was amazing how many people had turned up for the first market.

“There are so many people here and everyone’s happy. It can only continue to build,” Mr Azlin said.

Email 50milefarmersmarket@gmail.com or morwellonthemove@gmail.com to see how you can get involved for the next Morwell market on 9 May.