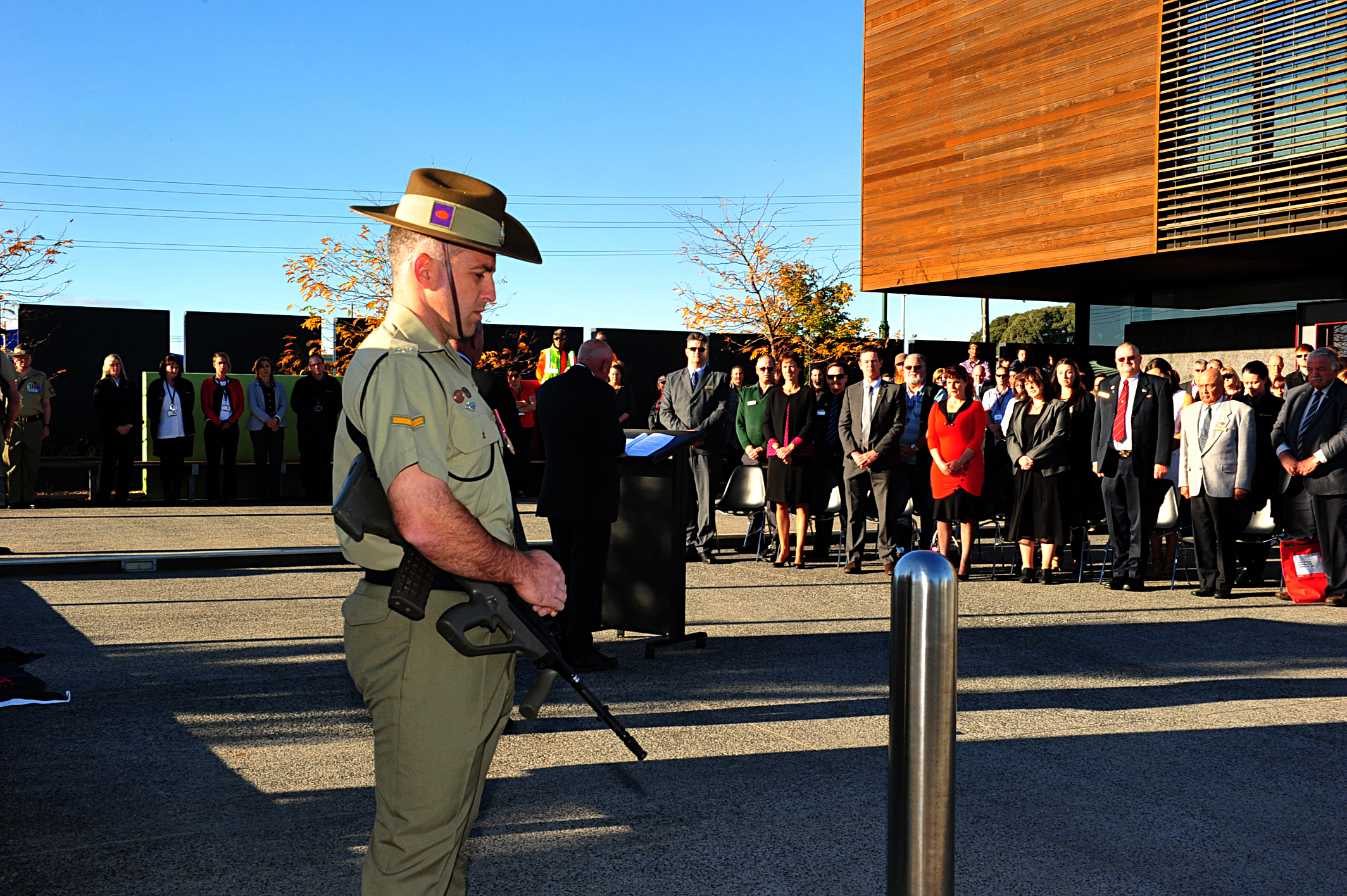 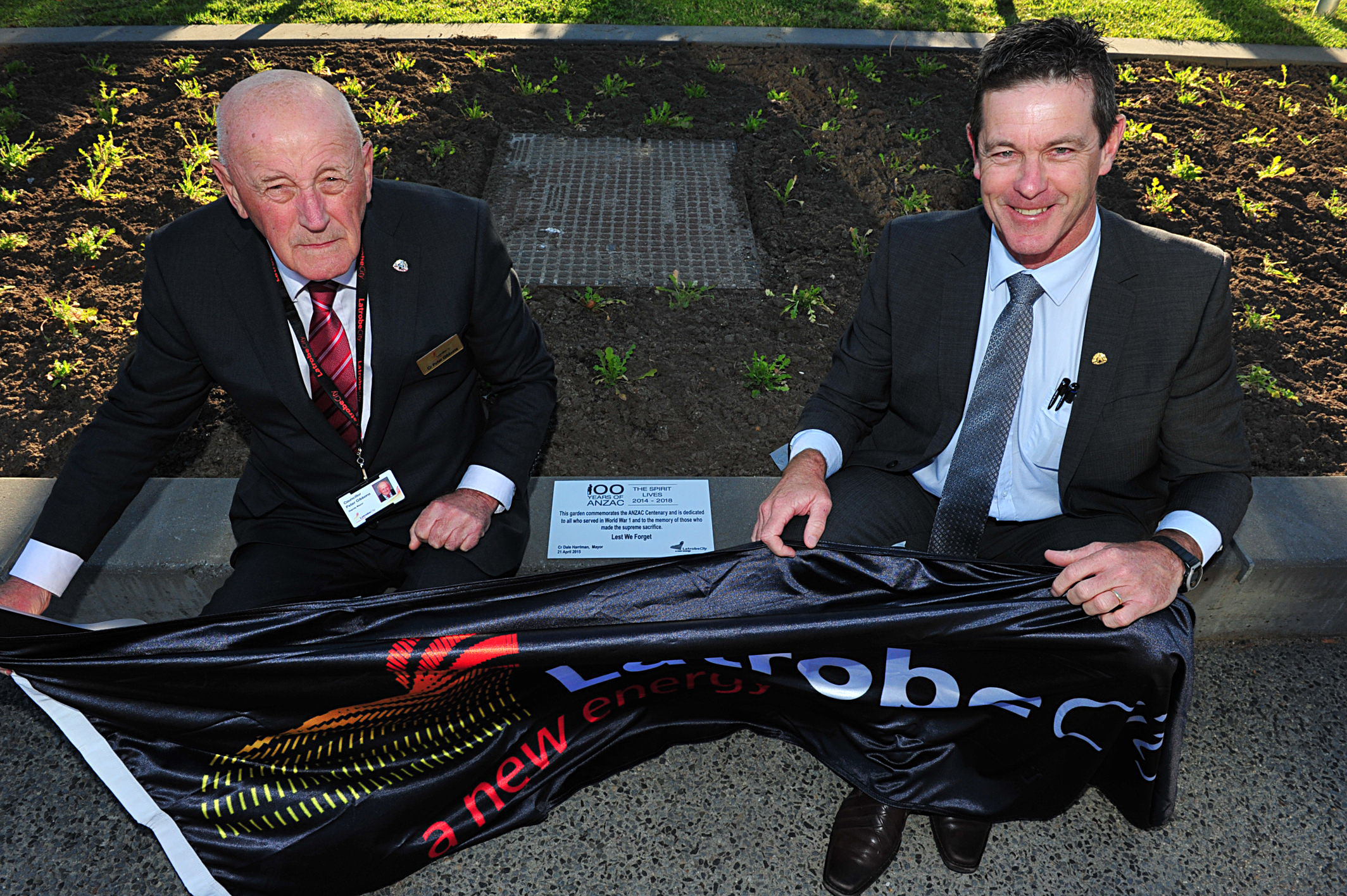 “During this Anzac centenary, we remember not only the original Anzacs, but commemorate more than a century of service by Australian service men and women,” Cr Gibbons said.

“The Anzac centenary program encompasses all wars, conflicts and peace keeping operations in which Australians have been involved.

“The garden will be a living symbol of our respect to those who have made the ultimate sacrifice, so that we here in Latrobe City can live.”

Mr Northe told The Express local RSLs “ought to be congratulated” for their organisation and education programs across the community.

“I think everyone is looking forward to Anzac Day this year; the centenary means a lot to the local people,” Mr Northe said.

Members of the 22 Engineers Squadron performed a catafalque party as the audience took part in the prayer of remembrance, a minute’s silence and sang the national anthem.

Morwell RSL president Bruce Jeffrey said he was grateful for council’s commitment to all past and present service people.

“I think it was a terrific gesture to put that (garden) in there and I think they’ve done a terrific job,” Mr Jeffrey said.

“I would also like to thank the council for the wonderful job they’ve done around our parks – wherever our memorials are, they are terrific. They really are.”