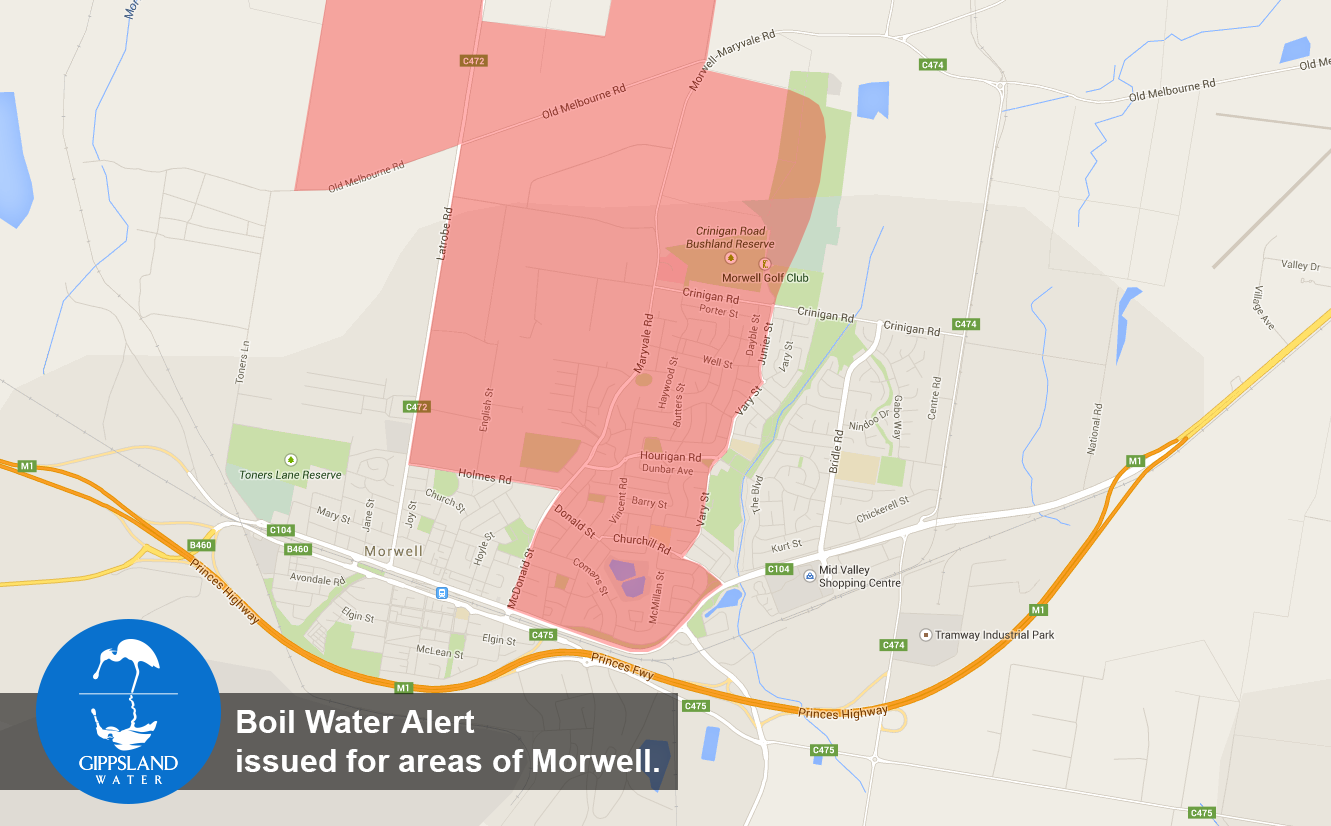 The laboratory results of the latest round of water supply testing from sections of Morwell’s north is expected tonight, with Gippsland Water hopeful of removing the boil water alert by the weekend.

“We’re seeing proof of disinfection and the ongoing ability for water to disinfect itself and we’re now waiting for test results to confirm that,” Mr Mawer said.

“We expect to be removing the advisory before the weekend.”

The water authority issued the boil water alert for sections of Morwell’s north on Wednesday afternoon following a mains rupture on Saturday.

However, he said the authority’s first indication the water may become unsafe was on Wednesday afternoon when it received lab results from a sample taken on Tuesday indicating an E. coli organism.

Mr Mawer said there was a 24-hour turnaround on lab results.

“(The results) mean it’s one (E. coli) organism in the water, whereas normally you would expect to have none. People understand these things trend over a period, so a low threshold is set so it gives you time to act before things get more serious,” he said.

“We took the decision to err on the side of caution and issue the precautionary boil water alert.

“A water corporation would never allow the public to drink water it thought was unsafe. We don’t take risks with that.”

Affected residents are still being urged to boil their tap water for drinking and food preparation.

The water should be boiled for two minutes on the stove.

The affected area is roughly defined by the Princes Highway in the south, Old Melbourne Road in the north, Latrobe Road in the west and Vary Street in the east (see map above).

Mr Mawer said E. coli could cause diarrhoea and anybody experiencing this should seek medical advice.

He said residents may notice a minor chlorine smell in the water over the next few days as a result of a boost to the chlorination process to address the issue.

To see if you live within the affected area visit www.gippswater.com.au or for more information phone Gippsland Water’s 24-hour Service Centre on 1800 057 057.