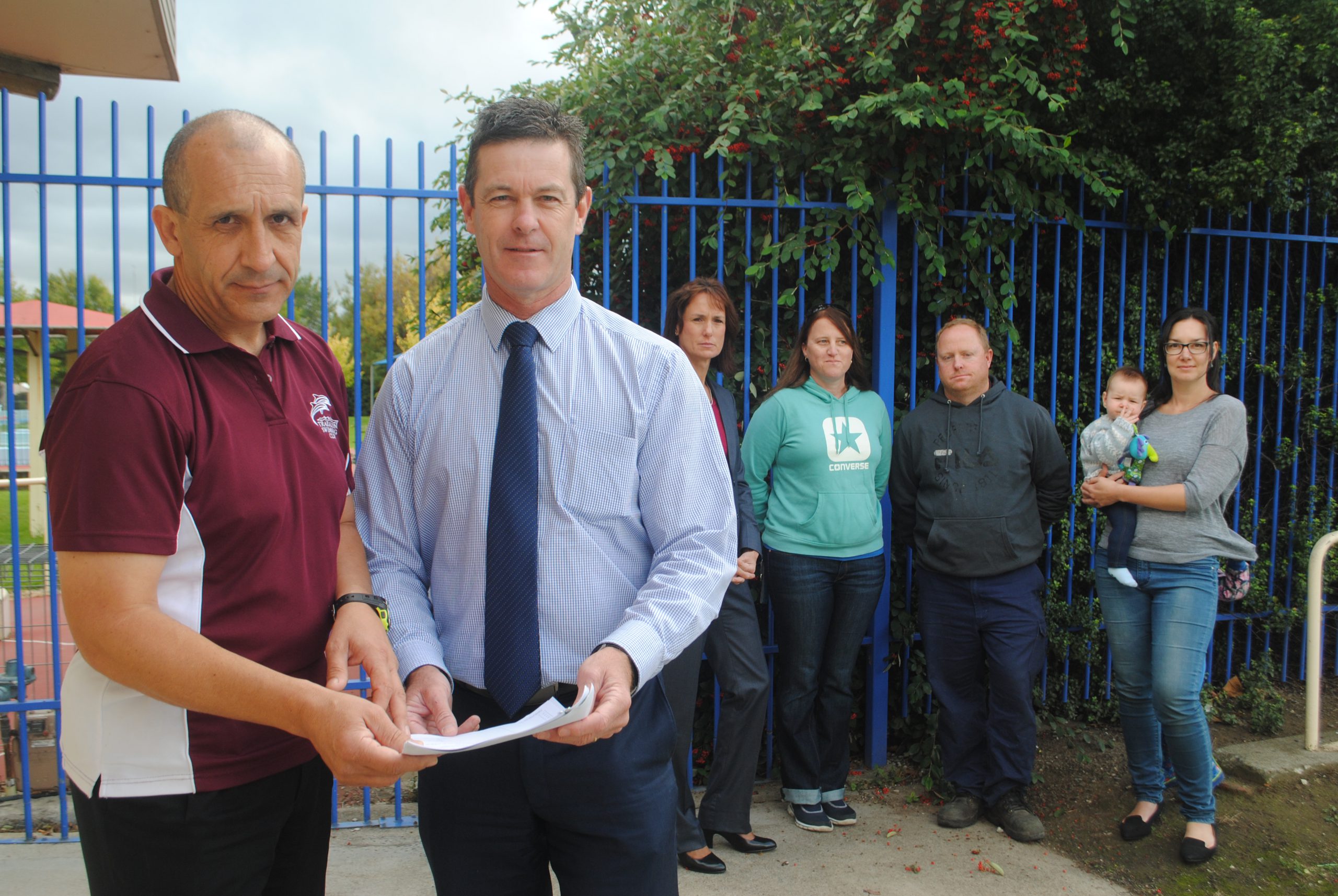 MEMBER for Morwell Russell Northe has launched a petition calling on the government to commit at least $9 million towards an indoor pool facility at Traralgon.

As a pre-election promise, the Coalition pledged $9 million towards the Gippsland Regional Aquatic Centre to be built at the current Traralgon outdoor pool site and Mr Northe wants Labor to match that figure now it is in government.

“To think Traralgon does have 28,000 people and we don’t have a public heated indoor pool is just crazy,” Mr Northe said.

“This is long overdue. The community’s been fighting for this for many decades now.

“I’m hoping the community gets right behind this petition and we can present thousands of signatures to the Parliament of Victoria so they well understand the importance of having a Gippsland regional aquatic centre right here in Traralgon.”

Latrobe City Council has committed $12 million towards the project in its 10-year plan, however the $30 million facility – which includes a 50-metre indoor pool – would need significant investment from state and federal governments.

Parent Danny Bullen, whose eight and 10 year-old children are members of the Traralgon Swimming Club, said with no public indoor heated pool in the town, members were forced to train at Morwell, Churchill and the 25-metre indoor pool at the private Traralgon Indoor Sports and Aquatic Centre.

“There could potentially be 30 kids in those four lanes (of the 25m pool), so they’re doing well for the facilities they have,” Mr Bullen said.

Traralgon Swimming Club committee member Michael Mihaly said with 300 financial members, the club had the numbers to host “every country championship, every year”, but without an indoor, 50m pool it was not possible.

A spokesperson said the government was “always happy to sit down with the people of Gippsland to achieve our commitment of improving the health and wellbeing of all Victorians”.

“The former Liberal-National Government was good at making desperate last-ditch promises in the lead up to the election,” the spokesperson said.

“The Andrews Labor Government will contribute up to $100 million to community sport and recreation facilities across the state, including upgrading women’s change rooms.”

Mr Northe said if a $30 million facility was determined to be “unrealistic”, he would call on council to “go back and have a look at the scope and design” of the facility and “maybe look at something more modest”.

Latrobe City Mayor Dale Harriman said council had adopted the current design and any changes to the scope of works would have to be endorsed by council.

The petition will be available from Mr Northe’s office, 66 George Street, Morwell or at www.russellnorthe.com.au