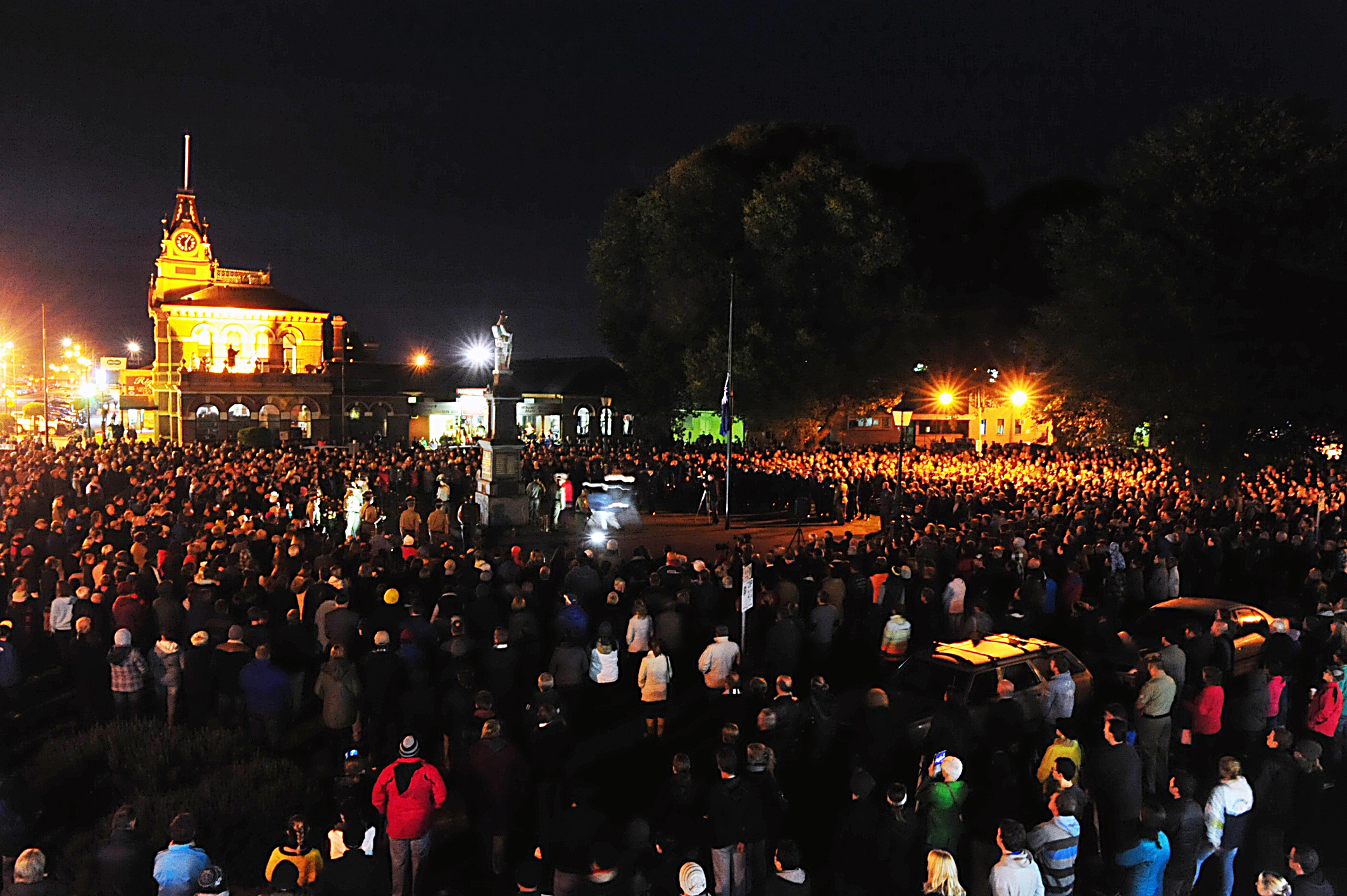 IN the stillness of morning, more than 2000 people roused from their beds to gather around the rose-lined cenotaph on Kay Street.

Stars still hung in the sky as the haunting call of bagpipes from the rooftop balcony of the Traralgon Post Office made eyes shine, and throats swallow back tears.

The Lord’s Prayer was recited as Major Geoff Pyke broke the unsettling silence to lead the 100th Anzac Day dawn service in Traralgon.

“May God help us on this day to remember the sacrifices of the ANZACS,” he said.

City of Traralgon Band bugler Philip Medhurst played the ‘Last Post’ as a minute of silence was observed, the Australian flag pulled to full-mast and the words ‘Lest We Forget’ spoken.

Traralgon RSL president Maurie Harrison said the dawn service was touching, with the bugler and bagpiper adding a special tribute for the 100th anniversary of the Gallipoli landing in World War I.

“It’s something we’ve never done before,” Mr Harrison said. “We wanted to make it a big occasion and as you see, it was.”

“I had the whole crowd below me, it was fantastic,” he said.

Secretary Bryan Kesby said the idea came from the Edinburgh Military Tattoo – in which a lone piper played from the balcony of the Royal Edinburgh Castle.

“I always thought there was something lacking at the dawn service, it’s a funeral really and I think it carried it through,” Mr Kesby said.