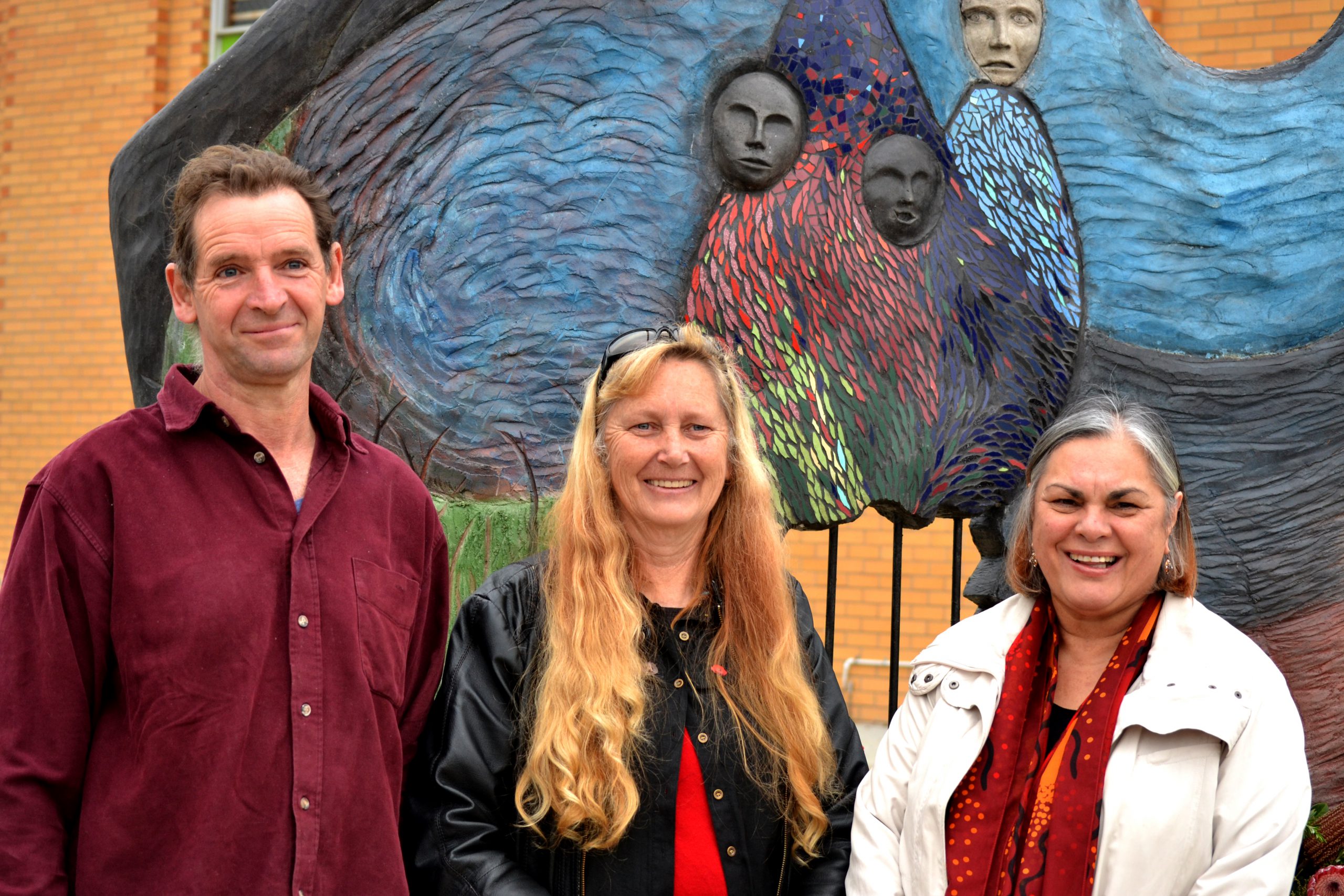 IT was history in the making as the Churchill community gathered to commemorate Anzac Day 2015, marking 100 years since the Gallipoli landing.

A town only 50 years old came together to honour every Anzac service person, including those of Aboriginal or Torres Strait Islander heritage.

“Many were killed fighting and some died as prisoners of war,” Ms Paton told the audience.

“They (Aboriginals) enlisted at a time in Australia’s history when they could not vote; they were not counted in the census,” she said.

“And when they returned to civilian life, many found they were treated with the same prejudice and discrimination as before.”

Ms Paton spoke of the “significant number of Indigenous Australians”, including from the Lake Tyers mission community, whose men and women enlisted for war service.

She also described Pvt Mullet’s letters, in which he wrote of how he longed for a uniform to march in.

“Though like many young men at the time, they enlisted out of loyalty, patriotism and with the chance to prove themselves,” Ms Paton said.

“War-time service gave many Indigenous Australians pride and confidence in demanding their rights upon their return.”

She told The Express most Indigenous Australians escaped discrimination by going to war, where they received equal pay and treatment during their service.

“I think as history unfolds a bit more, more people are realising Aboriginal men and women served in all wars; they contributed in many ways,” Ms Paton said.

“It was great to be invited to speak at the first service in Churchill and to have the opportunity to lay a wreath to honour the Aboriginal service men and women.”

A new plaque will be unveiled at Anzac Memorial Park in Traralgon next month to commemorate the years of service dedicated by Indigenous Australians.

Ms Paton said she planned to pay tribute to the RSL organisations, who throughout history, have treated Aboriginal and Torres Strait Islanders with respect.