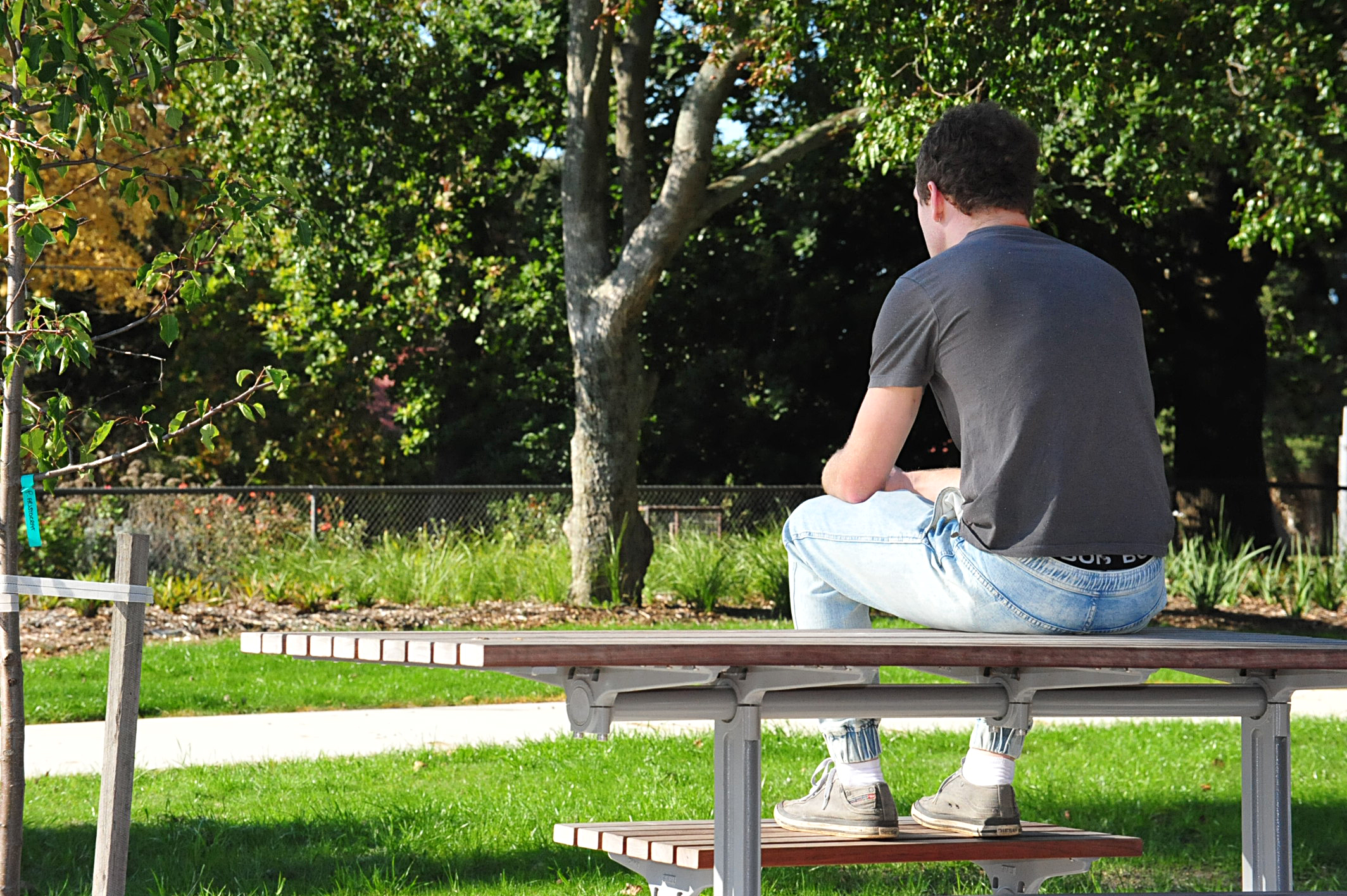 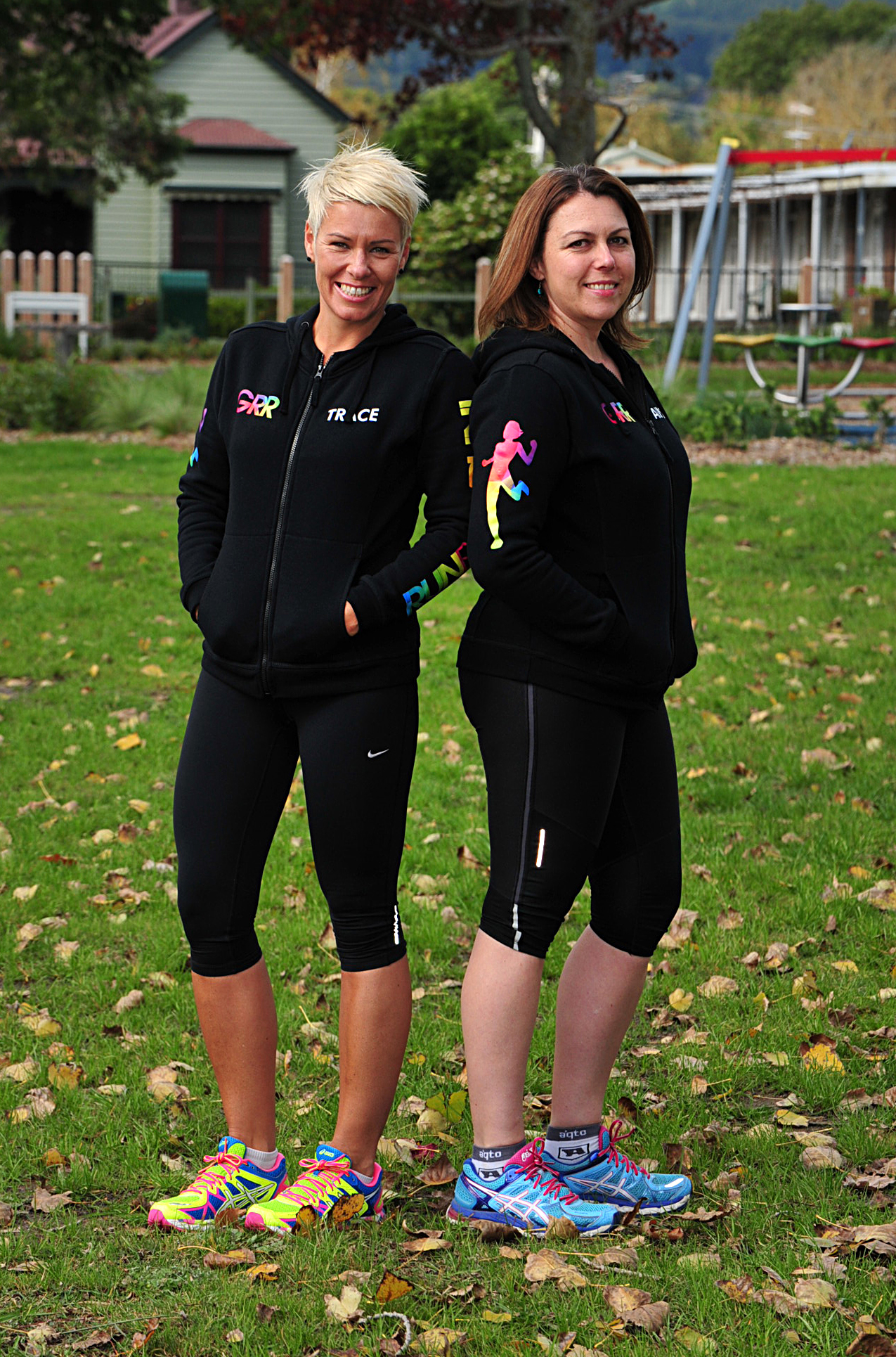 Twenty-seven year-old Kallym has not used crystal methamphetamine for more than a year, after five years of recreational drug use and two years of ice addiction.

It took a 14-day bender that caused a near-death experience and admission into hospital, which turned the Gippsland man’s life around.

“I came pretty close to dying – it was the biggest time I spent on the drugs without having a break on it,” Kallym said.

“When you’re on ice, you don’t eat; in 14 days I ate one packet of lollies and maybe drank one bottle of water.

“I was severely dehydrated and all of my organs started shutting down – paramedics were called.”

That day arrived in December 2013, and Kallym spent the next three months recovering at home with a family member by his side.

He is now preparing to share his story with young people and families across Gippsland, as part of a Gippsland Fighting Ice Campaign two Trafalgar mums have begun.

Tracey O’Brien and Ainsley James of the Gippsland Road Runners group are launching the ongoing movement in a bid to increase education and support.

“Being mothers ourselves and having kids – whether they’re teenagers, in primary school or newborns – it (ice-use) affects us all either directly or indirectly,” Ms O’Brien said.

Organisations such as headspace and Latrobe Community Health Service offer drug support services across the region.

But the Youth Support and Advocacy Service in Morwell only has three on-the-ground workers dedicated to specific youth drug outreach services from Drouin to Sale.

“So that’s when we decided to raise money for YSAS, so they can employ more staff and obtain more on-the-ground workers.”

YSAS is a state-funded organisation that works with disadvantaged youths aged between 12 and 21 years.

Their outreach program provides welfare, education and drug and alcohol assessments, but acting chief executive, Andrew Bruun said there was a lack of drug-support services in regional Victoria.

“The amount of young people seeking help for ice-related problems has tripled in the last two years,” Mr Bruun said.

A parliamentary inquiry into the use and supply of methamphetamines across Victoria, particularly ice, was submitted to the State Government last September.

It found 1.8 per cent of regional Victorians had reported recent use of the drug in 2013.

“We do a lot of preventative work for 13- to 15-year-olds who are mainly using alcohol and cannabis,” Mr Bruun said.

“Because if you can’t help those kids at the earlier stages, they can progress onto ice use.”

Ms O’Brien and Ms James said their main aim was to encourage people to say ‘no’ if they found themselves in a situation where ice was offered to them.

“I think the important thing is that people are aware of the drug problem, but we want to really target people who aren’t aware of how dangerous it is,” Ms James said.

“We want to make them more aware there are other choices out there they can make, and that’s around the prevention and support we can have an input into.”

The pair has joined YSAS and War Against Ice advocate Mark MacManus to reach out to schools, families, people at risk and those who are already using.

“I hope as a community, we can become more understanding, definitely not so judgemental or quick to judge others by a choice that was made,” Ms O’Brien said.

“Those choices you make, they don’t define you. At any stage in your life you can turn your life around.”

Those words could not ring truer for Kallym, who hid his “one-hit addiction” from family and friends for years, but has now returned to work and sport.

“It’s sort of funny, you think you’re happy,” he said.

“You’re really not, you live in a fantasy land. You just become a person that walks and talks with no soul.

“I just want to help in any way I can to stop the next generation from using.”

A 24-hour community run will officially launch the campaign, with a series of information sessions, trivia nights and fundraising events to follow.

Phone Tracey O’Brien on 0400 892 109 or email gippslandfightingice@gmail.com for more information or to donate to the cause.

If you are someone or know someone who is at risk or is using illicit drugs such as ice, there is support available.