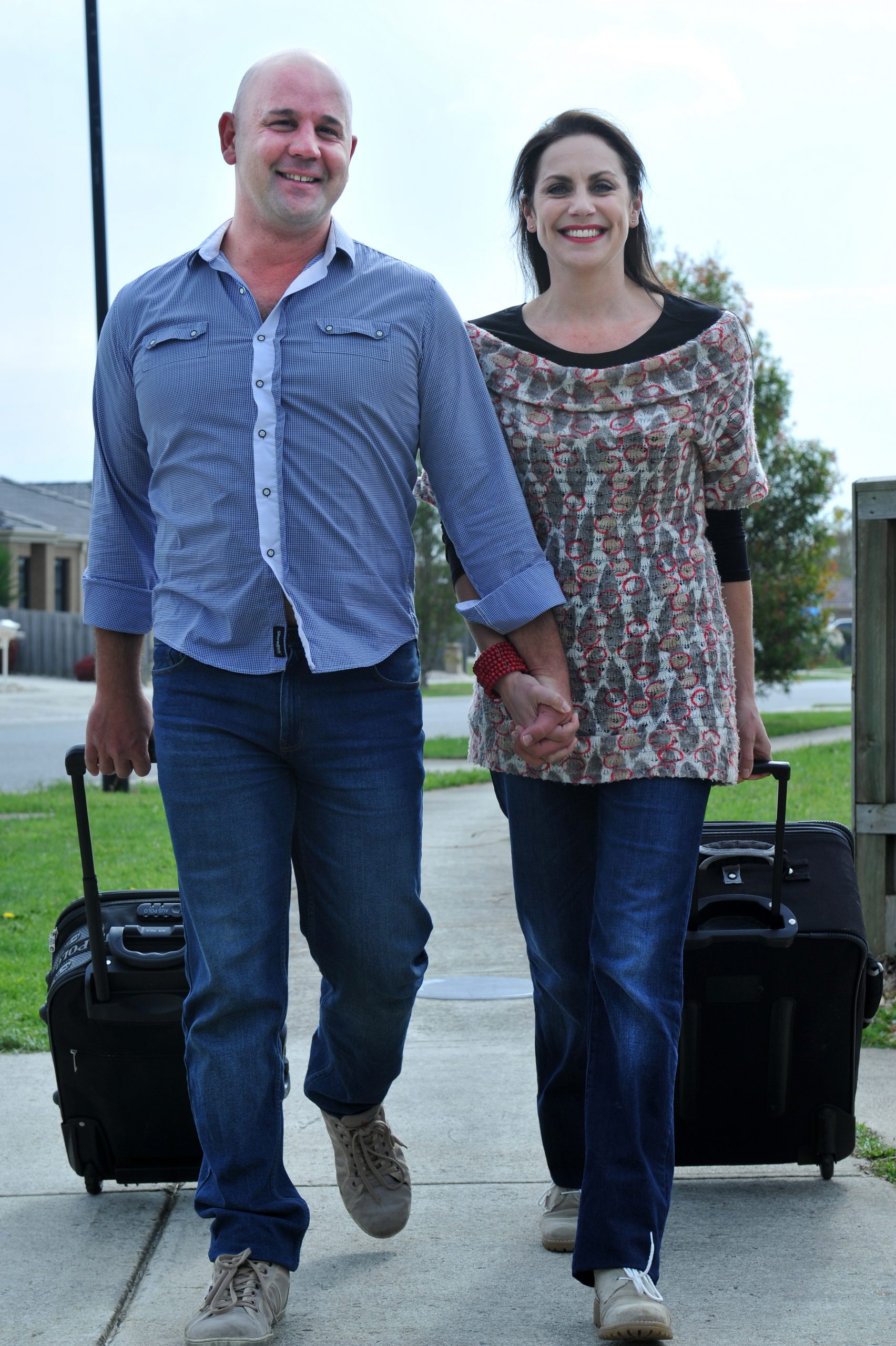 They’ve packed their lives into a suitcase to search for “abundance in simplicity”. Matt Patti and Kirsten Barfoot-Patti are flying to Bali today to find a new model of living.

The Yarragon couple have each bid their corporate careers farewell as part of a joint business venture that has seen them pack up house.

They plan to use their experience to help fellow professionals embrace simplicity.

“We just want to go back to that simple life,” Kirsten said.

“The idea is detaching – not disconnecting – from things we once thought were so important.”

Bali, Thailand and the United States will be the couple’s home for the next three to six months.

They will connect with a digital hub of past and present mentors, “coaching” professional couples and entrepreneurs who wish to step away from the daily grind.

It’s all part of a journey to a simpler life, with hopes to return to Australia with more freedom, appreciation and a message for society.

“A lot of people think a simple life is without things or without lifestyle or it’s lacking something,” Matt said.

“But we’ve actually found so much more freedom, emotionally and mentally,

“It’s giving people a renewed sense of financial security, but also a new definition of freedom – that you can live life on your terms and you don’t have to hurt anyone.”

The couple said they became “fed up” with the grind of working life and set their transition date for 23 April, which they extended by a week a few months ago.

In the past nine months they’ve established a new website, organised business and tourist visas and sold Kirsten’s first car.

Their landlord sold the house and organised the key changeover two days ago, which coincided with the pair making a train trip to Melbourne before departure.

They even sold the washing machine just in time to complete their last two loads, disregarding any judgement or hesitation close family members may have thrown their way.

“You really define what it is that you want, because what has become quite clear to us is that people are quite stressed, because they don’t know what they want,” Kirsten said.

When they return, they’re not sure where they’ll live, but they’ll keep Matt’s three children and their suitcases close by.

In 10 years’ time, they’re determined to have “renewed” tens of millions of people worldwide while still calling Australia their home.