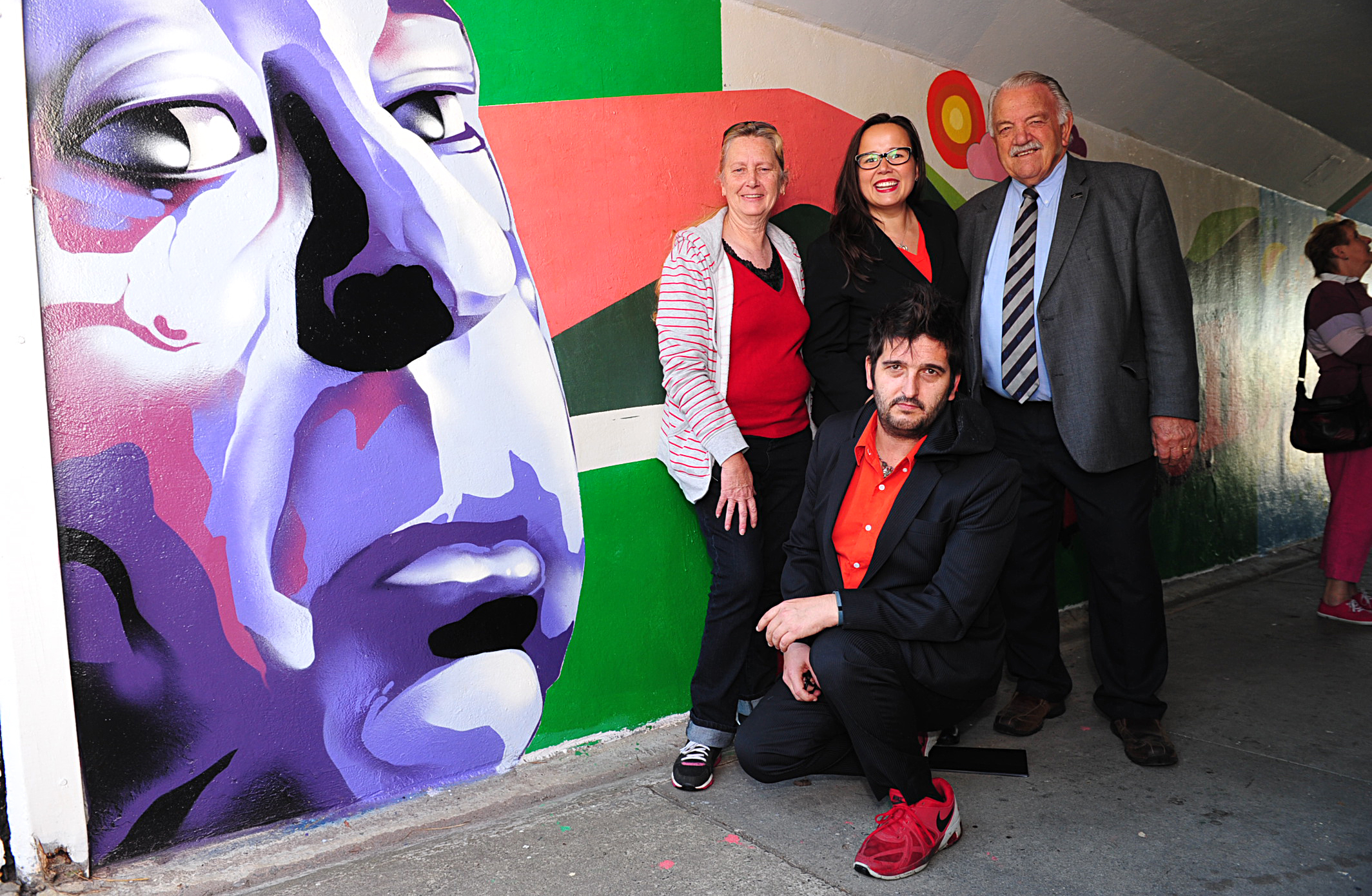 An art mural intended to ward off graffiti at a Churchill pedestrian underpass has been unveiled to the local and artistic community.

An image of Alfred Hitchcock poses as former British Prime Minister Winston Churchill and a whale with a technicolour scale tail is a reference to the local indigenous community.

At the official opening on Wednesday, Doyle said Churchill was more than just a shopping centre, but a dynamic and interesting place, after sitting down and meeting its people.

He said beautifying the town with art was a contemporary idea, and art was one of the last free mediums.

“That’s why street art and art is so important, it’s direct from you to the viewer,” Doyle said.

“This isn’t someone trying to sell you something, this is someone that is trying to comment on society and that makes a difference in everyday life.”

Latrobe City councillor Darrell White said the Churchill community had advocated to council about graffiti and perceived anti-social behaviour at the underpass for some time.

Cr White said the Churchill and District Community Association had been strong advocates for addressing issues at the underpass and commissioned the mural.

CDCA president Margaret Guthrie said local police suggested a mural might be a way to deal with ongoing graffiti at the underpass.

She also acknowledged Member for Morwell Russell Northe for suggesting grant options, support by Latrobe City Council and the artistic and business communities.

“It has reclaimed a space that might otherwise feel like a dead-end, something that was unsafe or people were reluctant to use or pass through,” Ms Shing said.