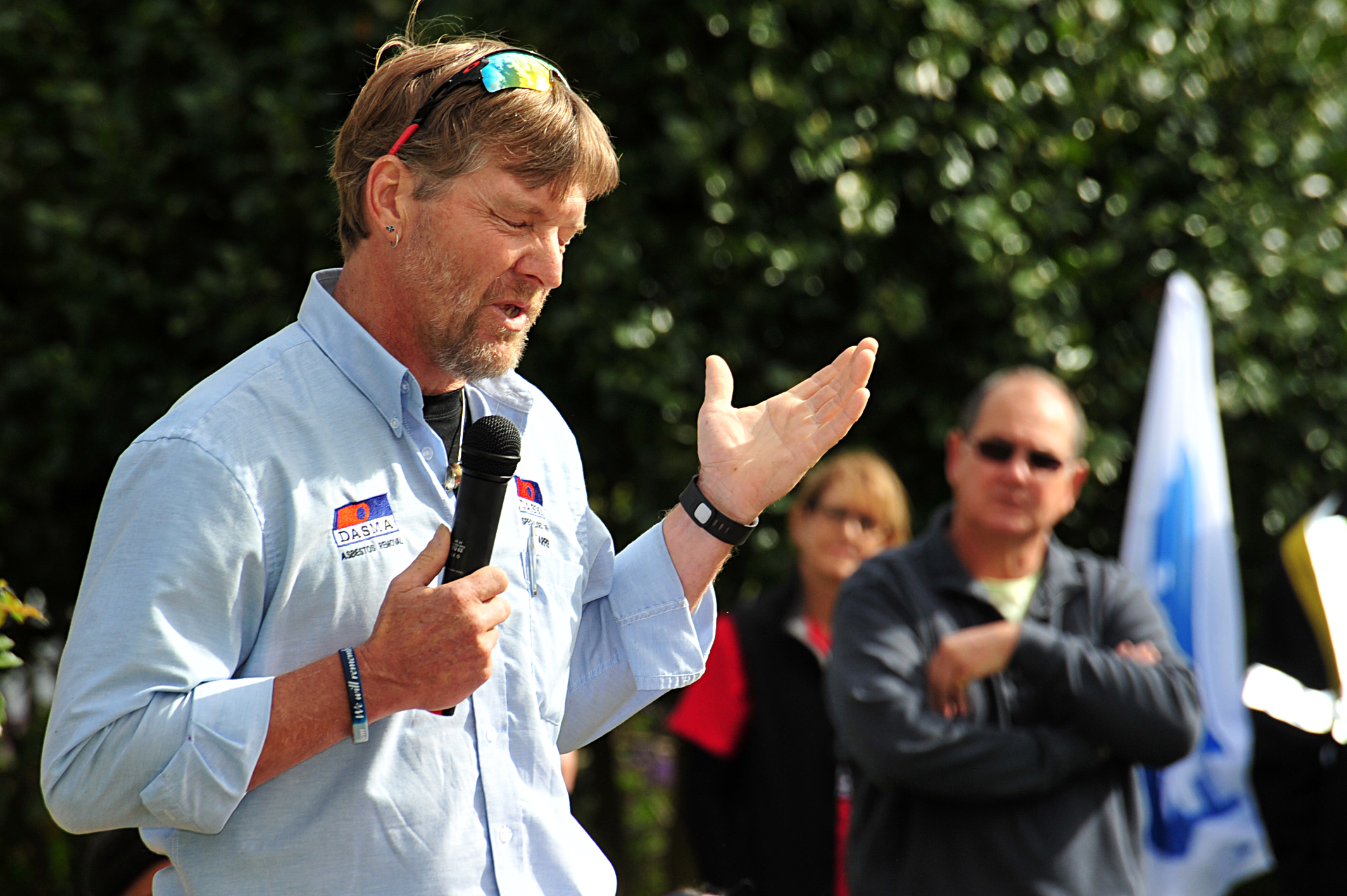 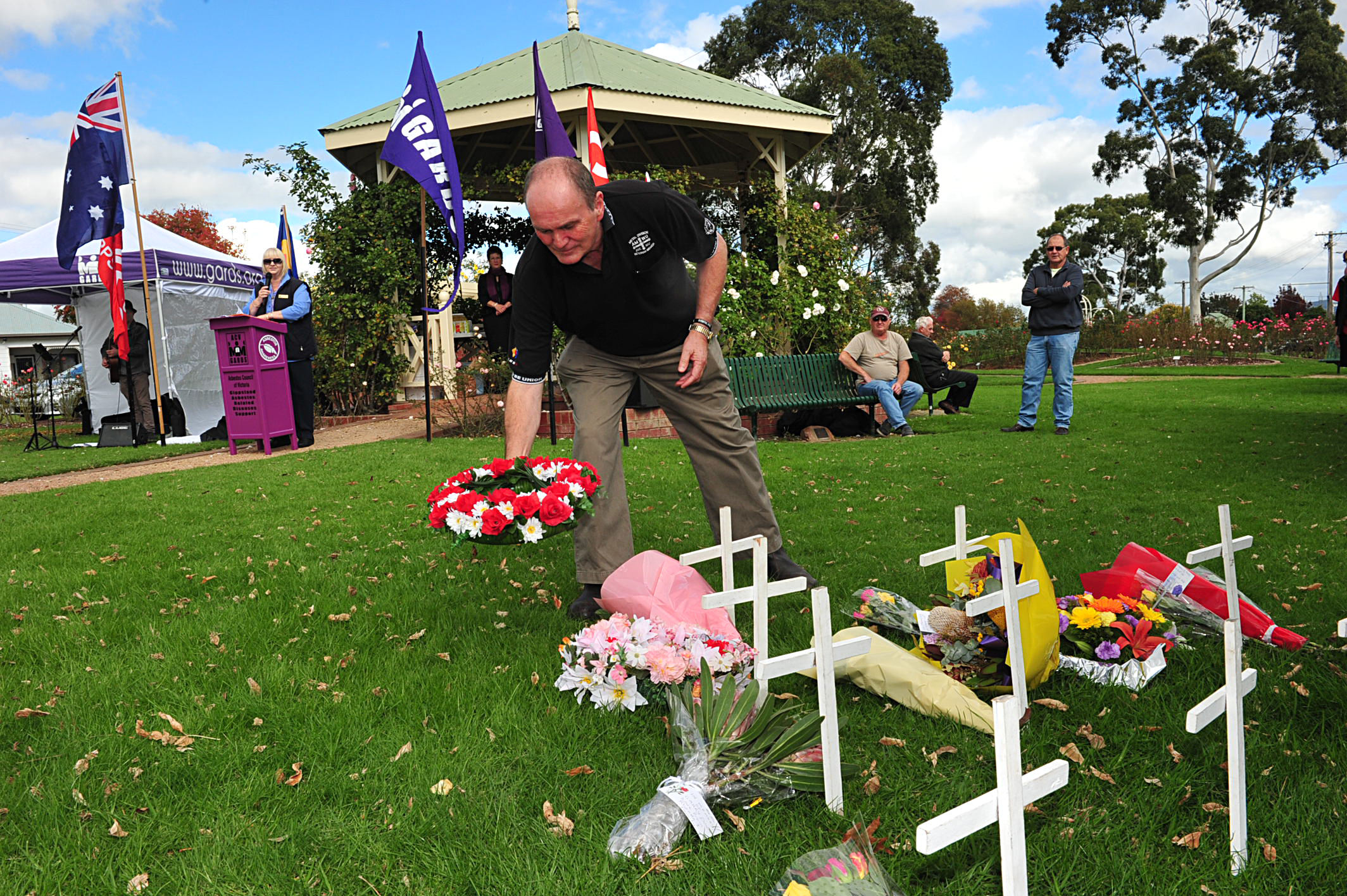 Darren Van Heurck turned to the patch of grass where flowers and wreaths had been laid down at the Morwell Centenary Rose Garden.

“I was nearly another person that was going to be remembered this way,” he said, fighting back tears.

Mr Van Heurck was addressing a small crowd that had gathered to mark International Workers Memorial Day on Tuesday, honouring those who have died in workplace accidents or through work-related illness.

“Everyone keeps telling me I’m one of the lucky ones. Don’t I know it,” he said.

It was just six months ago the DASMA employee of 19 years was crushed by a tank while at the company’s Morwell workshop.

“I was building a tank to go on the back of a truck,” he said.

“It had a fair few holes in the bottom, so I was welding a new piece of steel on the bottom to cover the holes.

“Somewhere along the line, I still don’t know how or when, the chocks got dislodged and the tank actually rolled across the workshop and squashed me against the truck.”

The tank then rolled away and Mr Van Heurck attempted to walk the 50 metres to the office.

He was only able to make it 30m and was found by his work mates – who had heard the collision – lying on the concrete floor of the shed.

The Traralgon father of four and grandfather of three was airlifted to the Alfred Hospital with broken ribs, a punctured lung, punctured bile ducts and liver lacerations.

He was in hospital for six weeks and said seeing his grandchildren through video calls was “an inspiration”.

Rehabilitation work since his return home has included physiotherapy, massage, hydrotherapy, riding and Pilates. But he described this as “the easy bit” compared with the mental aspects of recovery.

“Of course everybody wanted to know what had happened. I started having flashbacks and I don’t sleep. I’m just too scared to close my eyes,” he said.

The local memorial service was organised by the Gippsland Asbestos Related Diseases Support Group and the Gippsland Trades and Labour Council.