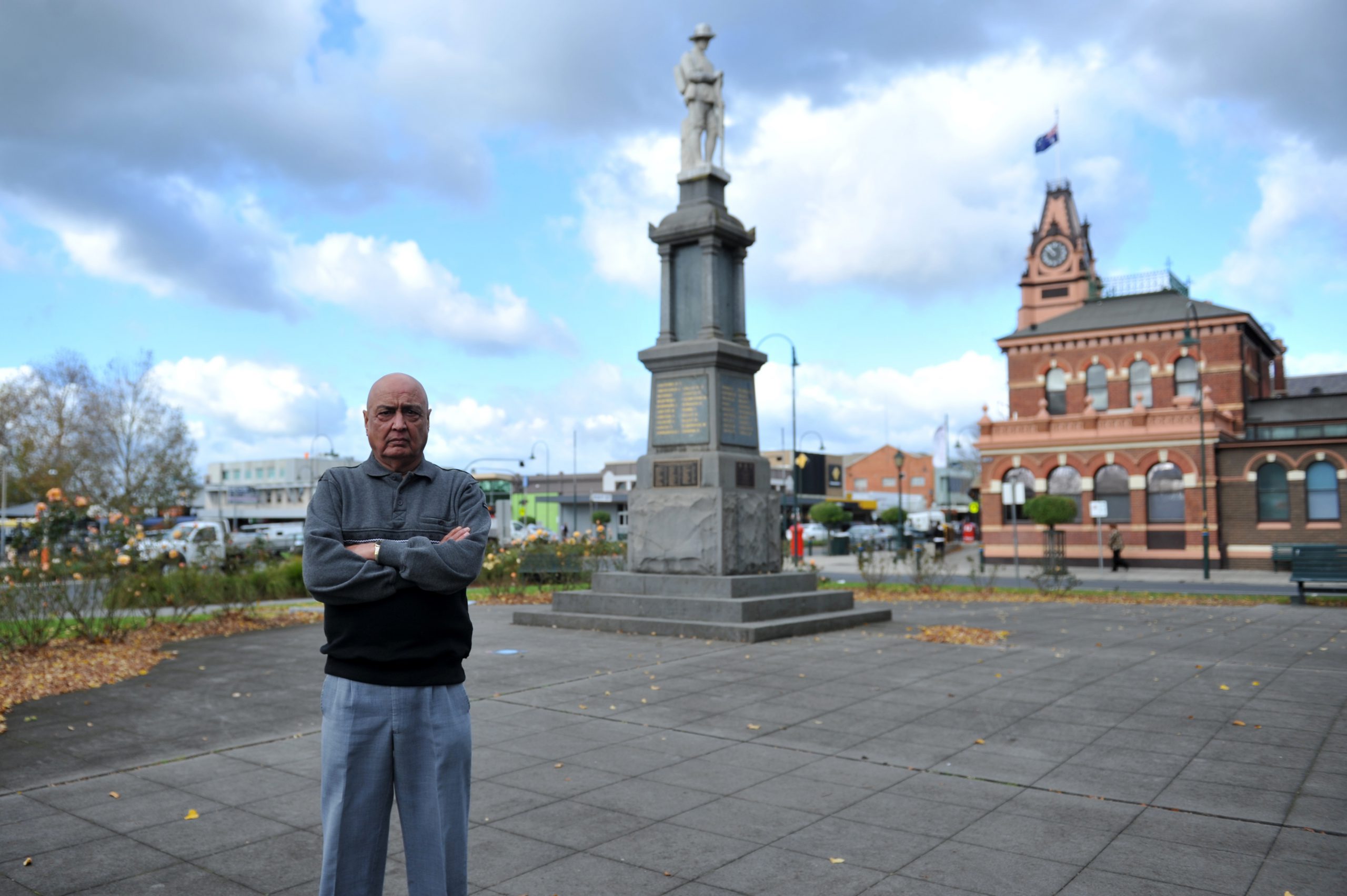 LATROBE City Council has moved to ease the cost burden on RSLs who are forced to spend thousands of dollars on Anzac Day road closures.

It is calling on the State Government to cut red tape associated with road closures and insurance in a bid to encourage volunteer arrangements, rather than hiring expensive contractors.

But it has stopped short of making an ongoing commitment to pay for traffic management.

If council’s calls are unsuccessful, it will cover the cost this Remembrance Day and next Anzac Day.

The resolution has come as a relief to Traralgon RSL president Maurie Harrison, who feared he would have to cancel the traditional and much-loved Anzac Day march along Franklin Street next year, because the RSL could no longer afford the high cost of closing roads.

“The march means everything to the community,” Mr Harrison said.

Last month, the Traralgon RSL revealed the cost of closing roads for 2014 Anzac Day services in Traralgon and Glengarry amounted to $10,500 – money that could be spent on veteran welfare.

Council covered the traffic management costs of this year’s local Anzac Day centenary services as a one-off, but sought reimbursement from the Federal Government, which it believed should be responsible for future Anzac Day road closures.

The Federal Government says it was council’s responsibility.

“I don’t know whose responsibility it is, they all are blaming one another,” Mr Harrison said.

“They all agree it should be funded, but nobody’s going to put their hand up. That’s the problem.”

Now, council will write to the State Government to request a review of traffic management regulations and ceremonies organised by RSLs be exempt from the need for all volunteers to be accredited in traffic management.

It will also request the government auspice the provision of appropriate insurance arrangements for Anzac Day and Remembrance Day volunteers.

Mr Harrison said the RSL previously paid the Ulysses Motorcycle Club $500 to carry out the road closure, with that money going back into the community.

However, that arrangement ceased in recent years because the club was told it needed public liability insurance to continue to help out, forcing the RSL to employ a contractor.

On Monday night, council resolved to cover traffic management costs in the 2015/16 financial year unless the State Government covered the cost or exempted RSL volunteers from accreditation.

Mr Harrison said if insurance arrangements were also amended, it would allow the RSL to again approach the motorcycle club to carry out the traffic management.

Latrobe City mayor Dale Harriman said if the State Government changes were implemented, it would benefit RSLs across Victoria.