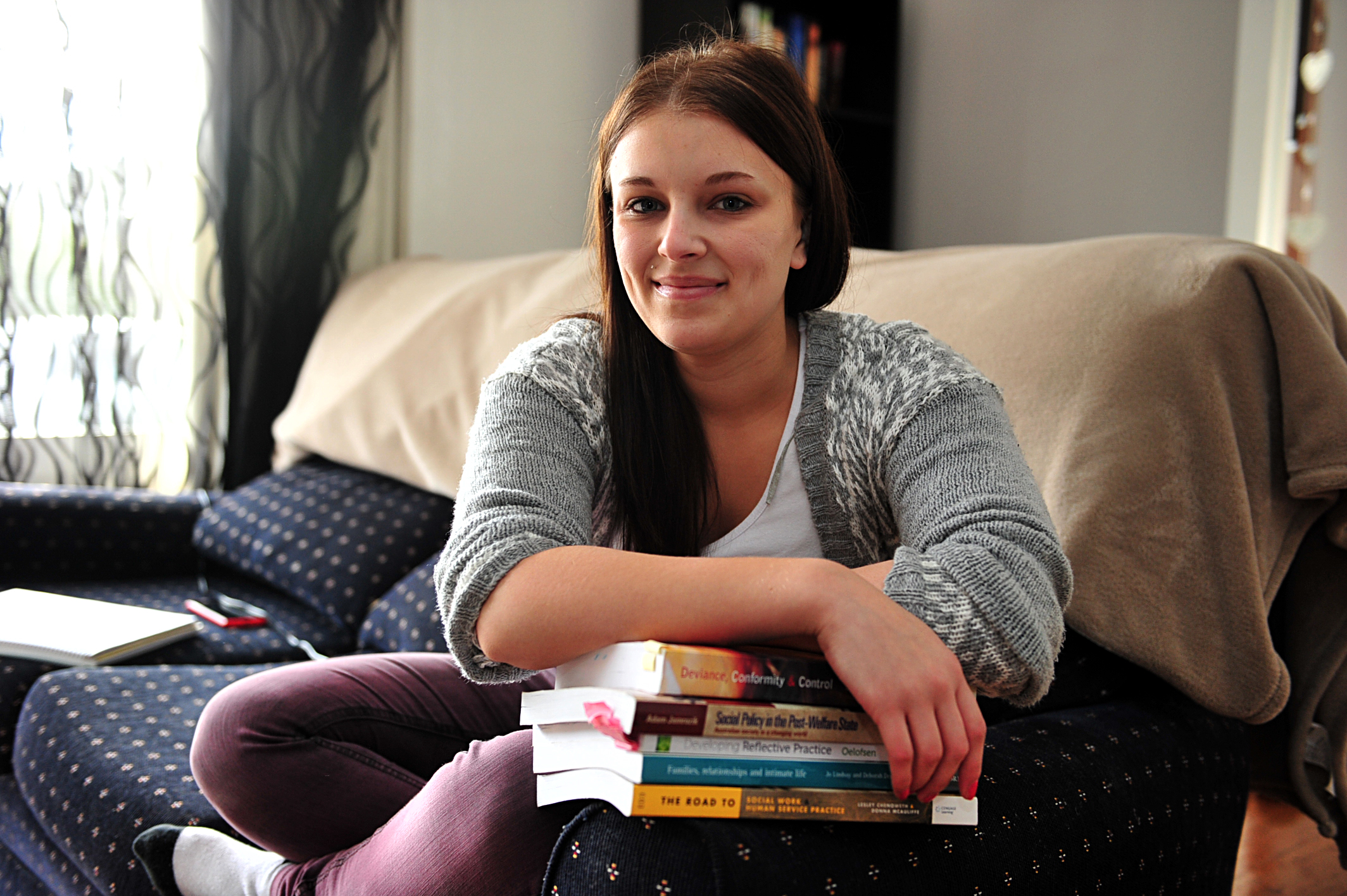 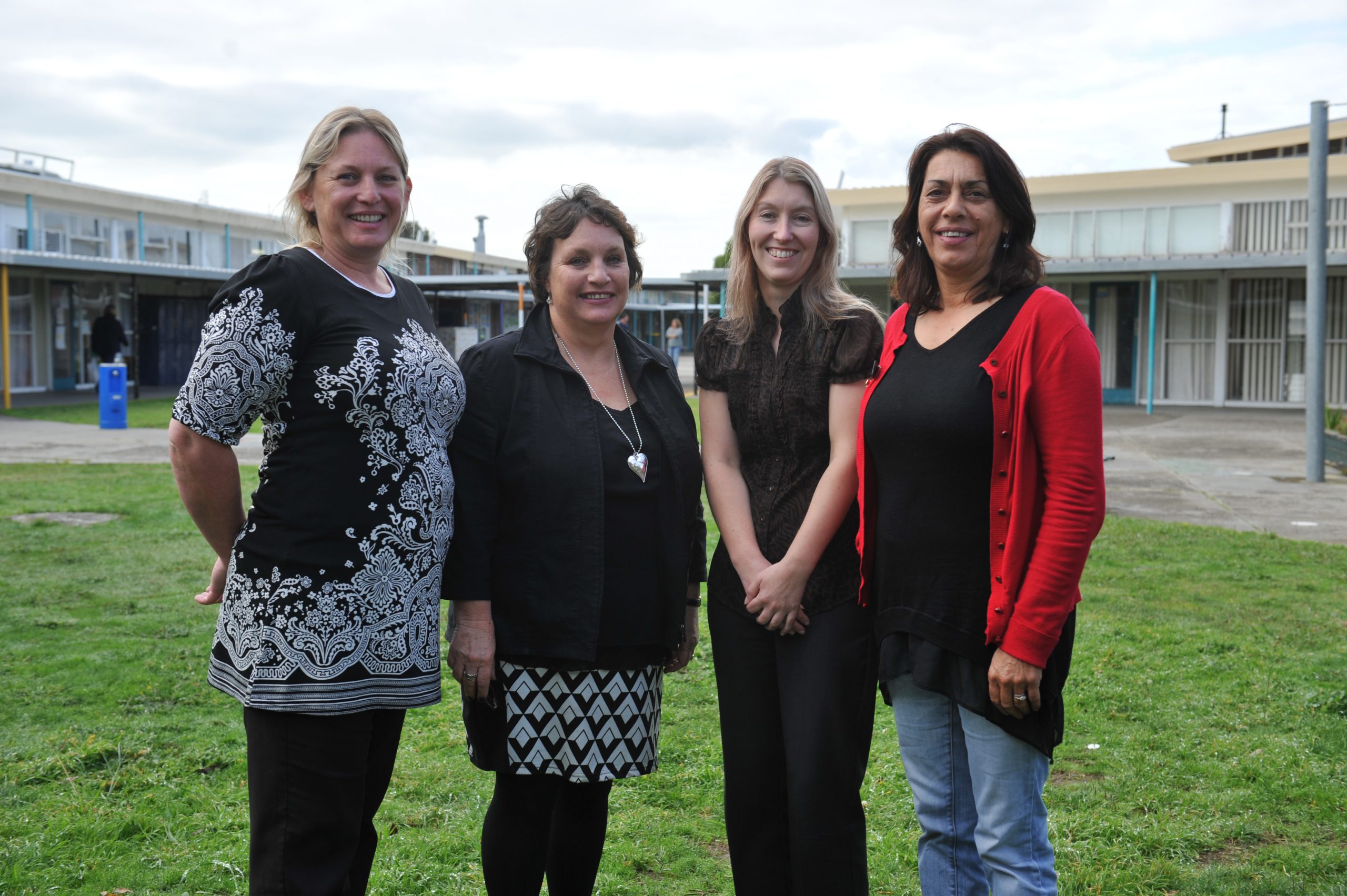 COMPLETING a university degree was not an option 22 year-old Natasha Garood had in mind when she was studying her Victorian Certificate of Education.

The former Mirboo North High School student did not know what she wished to pursue for her career, so she worked in a caf until it entered her mind.

A year and a half after finishing year 12, Ms Garood began a Bachelor of Arts in Melbourne – assisted by The Smith Family’s ‘Learning for Life’ program.

“I would have been scraping through,” Ms Garood said.

“(The Smith Family) has helped me be able to buy my text books, and with living expenses as well.

“It’s really helped me to be able to go to university.”

Ms Garood was unaware The Smith Family had supported her mother to pay school fees, uniforms and camp costs for herself and her two siblings.

When she approached the local team in Morwell about going to university, they helped her with tuition fees and connected her with a tertiary mentor.

She is now due to complete a Bachelor of Community Welfare and Counselling this year, hoping to help disadvantaged young people across Latrobe Valley.

“While I’m still young, I want to do more intensive sort of work with youth and children,” Ms Garood said.

The Smith Family hopes to raise $3.5 million for this year’s Winter Appeal, which helps fund the programs Ms Garood has been involved in.

Their main focus is on supporting young people achieve their aspirations through education, which Gippsland team leader Nicola Epps said was essential in this region.

Gippsland’s year 12 completion rate was at 70.5 per cent during the 2011 census – more than 10 per cent lower than the state-wide average.

“This is strong evidence for us we need to work closely with schools and families to develop their skills through our programs,” Ms Epps said.

She said The Smith Family was placed where its work would have the biggest impact, with teams in Morwell, Churchill, Bairnsdale and Lakes Entrance.

“We’re evidence-led and place-based, and over the last five years in Morwell, we’ve strengthened our relationships with schools in Morwell and Churchill,” she said.

About 290 families in Morwell and Churchill access 638 sponsorships, while more than 100 families access the Aboriginal and Torres Strait Islander parental engagement program.

Ms Epps said this was a project her team was particularly proud of, which has seen Kurnai College reach its highest number of Indigenous students at senior level.

“It’s all about relationships – getting to know the families and facilitating a stronger engagement with the schools and the students,” Ms Epps said.

“There is such a contrast between aspirations and opportunities for regional students compared to those in metropolitan areas.

“It’s important for young people to succeed in school and develop aspirations; our work at the Smith Family is contributing to this.”

The 2015 Winter Appeal will run until Tuesday, 30 June, with all funds going directly into the Learning for Life sponsorships and programs.

Ms Garood, who intends to one day work for The Smith Family and become a sponsor herself, is encouraging Latrobe Valley residents to dig deep.

“I think it’s a great opportunity to help a kid who might be from a disadvantaged home life to finish school and have ideas about what they want to do for their future,” she said.

“It’s just a great support for them, especially if they don’t have that support already or aren’t financially capable of providing for themselves.”

To donate to The Smith Family’s Winter Appeal, phone 1800 024 069 or visit www.thesmithfamily.com.au