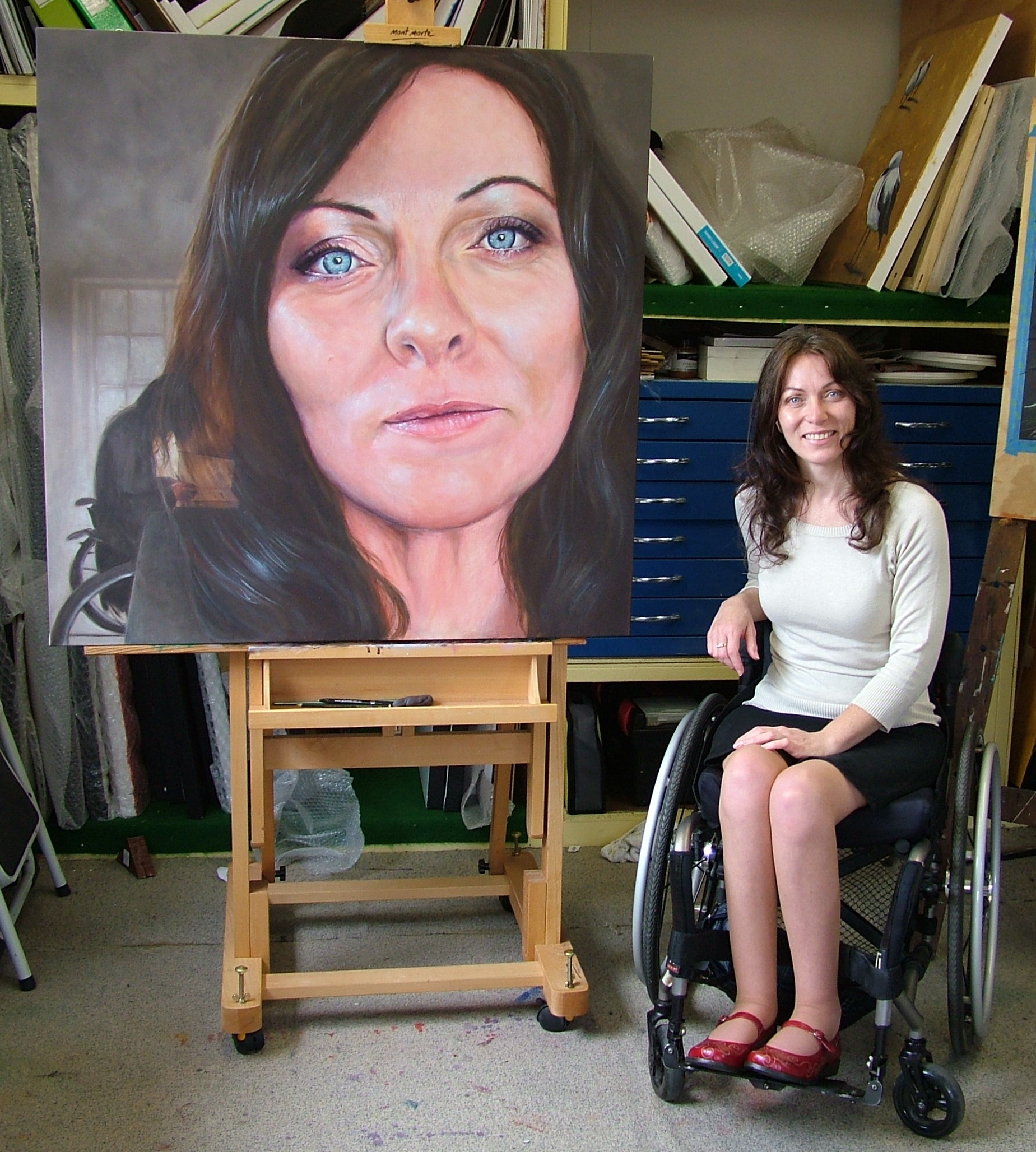 A FACE of determination in the foreground of an intimate portrait of psycho-thriller author Honey Brown, outshines the debilitating accident she suffered.

Charged by a cow at a farm in Calignee in 2000, the Warragul author endured a spinal injury that now requires her to use a wheelchair.

The 43 year-old woman is the subject for Carolyn Henry’s eighth entry into the prestigious portraiture competition, the Archibald Prize.

Due to be submitted to the Sydney exhibition, Ms Henry has spent hours in the author’s home, taking photographs of her writing in her studio and getting a sense of Ms Brown’s life as a mother of two teenagers and the daily experience of sitting in a wheelchair.

“You take a lot of photos, but it’s more about chatting to them, being in their space, getting a sense of who they are, where they’ve come from and their story… even if you didn’t have that side issue,” Ms Henry said.

“A portrait painter is supposed to bring out what may be under the surface in a pictorial sense. That’s my job.”

Ms Henry said the biggest challenge was capturing Honey’s piercing blue eyes. A self-proclaimed perfectionist, she said she had to study eye anatomy to capture them.

“It’s the first thing you notice about her. I thought if I don’t get this right, it’s not going to look like her, but I nailed it because when she sat down next to it (painting), it matched and her mother said, ‘You’ve got her eyes’.

Ms Henry said no matter how many portraits you paint, it was “scary” when a sitter or subject matter first sees their portrait.

She said often artists could portray something unknown to the person, but was relieved when she had to pass Honey a box of tissues.

“It was the best compliment as an artist you could ever get,” she said.

Ms Brown said having her portrait painted was on her bucket list and was thrilled when Ms Henry contacted her out of the blue.

The Warragul-based writer said the portrait depicting her in a wheelchair in the corner of the canvas showed this was only “one part” of her.

“It’s a part of my life, but not my favourite part of me. Before that I wanted to be an artist, wife, mother, sister… all those things come before my disability. It’s exactly like it’s painted.”

Ms Henry said she intended to gift the portrait to Ms Brown. Ms Brown’s next book, ‘Six Degrees’, will be released in August.