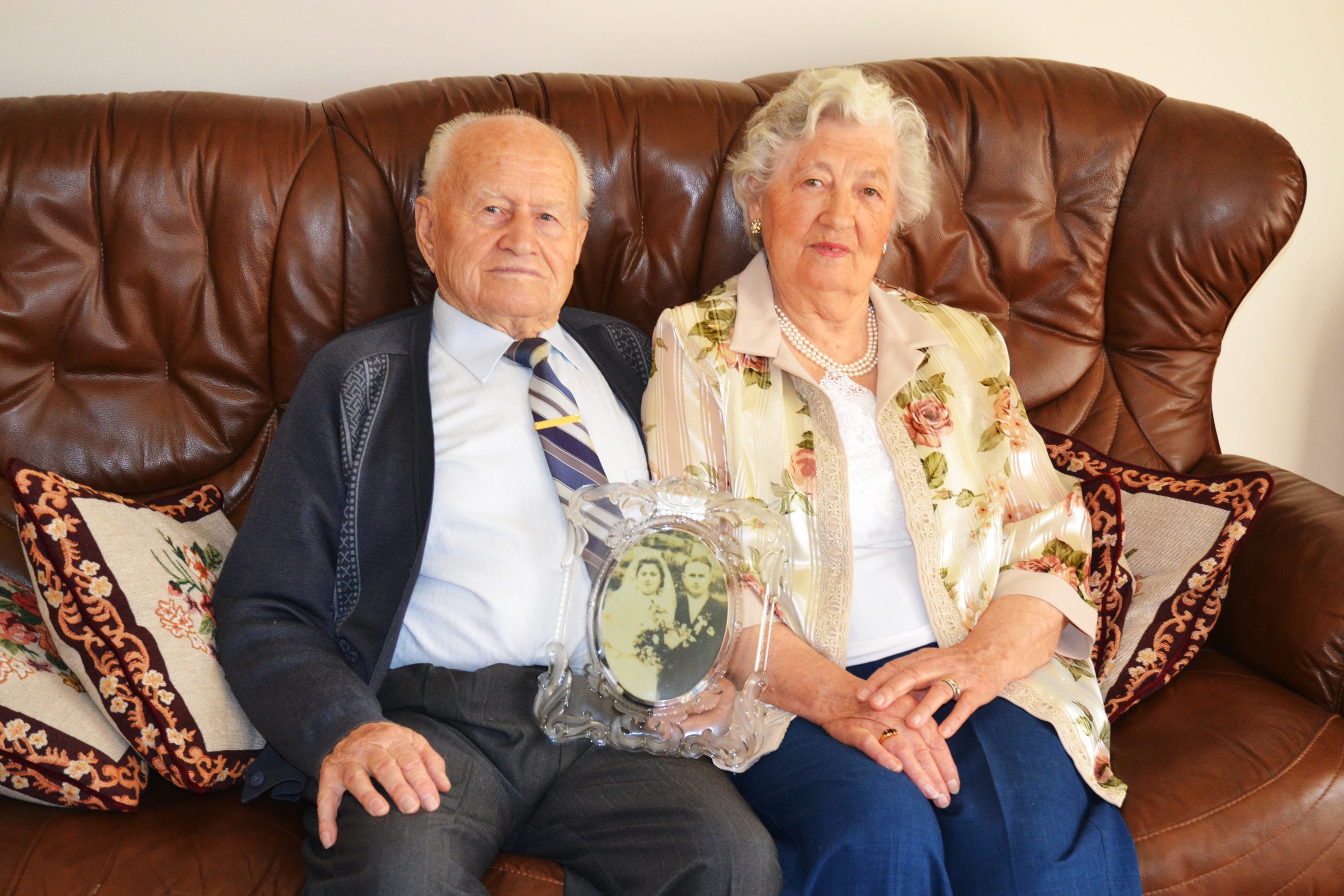 A LIFETIME of hard work has paid off for Traralgon couple Wally and Val Trochimczuk, who today celebrate 70 years of marriage.

The Polish-born great-grandparents migrated to Australia in 1950 with a tin tub, a trunk and two daughters under five years of age.

It took 31 days to sail by ship, but it was no challenge for the former farm hands who were displaced in Germany during World War II.

“If somebody had told me 70 years ago that I would be here now, I would grab (life) with both hands.”

The pair had met in January 1945 and married shortly afterwards, with no home and few relatives to return to.

A Polish priest allowed them to wed in his church; friends lent Wally a suit and Val her dress, while a camera was available to take a wedding photo.

Five years of travelling between farming camps followed, before the pair applied for Australian migration and found themselves in sunny Bonegilla, near Wodonga.

It was a few months until the family moved into a Mildura migrant hostel while Wally worked full-time with VicRail in Dandenong.

“I worked there seven days a week for 12 hours to get a block of land and build a bungalow, to bring the family over,” Wally said.

By February 1951 Wally had built a two-room bungalow in Dandenong, where he moved with Val and their three daughters, Bronia, Stasia and Yady.

He then built a triple-fronted brick veneer house in 1956 and the Trochimczuk household was the first of their street to buy a television set.

“(Life in Australia) is quite good,” Wally said.

“If you want something, you work for it, you couldn’t get a better place to be.”

Wally worked as a leading hand, supervising projects around Melbourne, while Val stayed home tending to her vegetable garden and sewing the family’s clothes.

Each milestone reflected Wally and Val’s persistence, which eldest daughter Bronia Taylor said her parents had taught to the entire family.

“You know what Mum told me, her favourite time in Australia was when she was young (and) working hard, working towards achieving something,” Ms Taylor said.

“They really embraced Australia and made it a home; a safe place for themselves and (they) achieved things by sheer hard work.”

The family first moved to Mirboo North in 1970 before living in Berwick and Bunyip for more than 30 years.

They’ve since moved to Traralgon, with their three daughters, six grandchildren (one deceased) and 10 great grandchildren close by.

Wally and Val will celebrate their anniversary with a high tea in Maffra this Sunday, surrounded by those who mean the most – their family.

As for their 70-year long marriage, Wally has some sound advice.

“Well, put it this way, it’s always ‘give and take’, but usually first give, then take,” he said.

“To give to somebody will give you more pleasure than to take.

“(And) don’t take anything for granted in your life.”